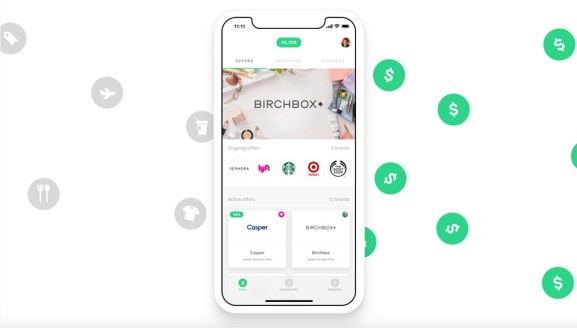 Drop, a coalition customer loyalty company headquartered in Toronto, Canada, today announced that it’s raised $44 million in series B funding led by HOF Capital, with participation from New Enterprise Associates (NEA), Sierra Ventures, and Royal Bank of Canada. The fresh funds come after a $21 million series A round in January 2018, and they bring Drop’s total raised to $71 million, which CEO Derrick Fung says will accelerate user experience improvements and bolster the company’s AI capabilities.

Notably, the financing follows on the heels of Drop’s acquisition of Y Combinator graduate Canopy Labs, a predictive analytics software company focused on improving and optimizing customer journeys. At the time, Fung said the purchase would enable Drop to “significantly advance” its ongoing AI and machine learning efforts.

“By applying machine learning to our users’ transactions, we are able to surface relevant, personalized offers for consumers, as well as help marketers gain a more complete understanding of their customers and competition,” said Fung. “This is a big win for the brands on our platform, and also for the millions of smart shoppers who are looking for ways to earn rewards and level-up their shopping experience.”

Drop got its start in August 2015, after cofounders Fung, his brother Darren, Cameron Dearsley, and Akhil Gupta kicked off a pilot in Canada. (Fung previously launched Tunezy, an ecommerce and social platform that let musicians connect with fans and receive payment for live experiences.) It expanded to the U.S. two years later after a six-month private beta, and it quickly grew from 500,000 users in November 2017 to over 1 million users as of January 2018. Drop now reaches more than 3 million people, 2.5 million of whom are based in the U.S. 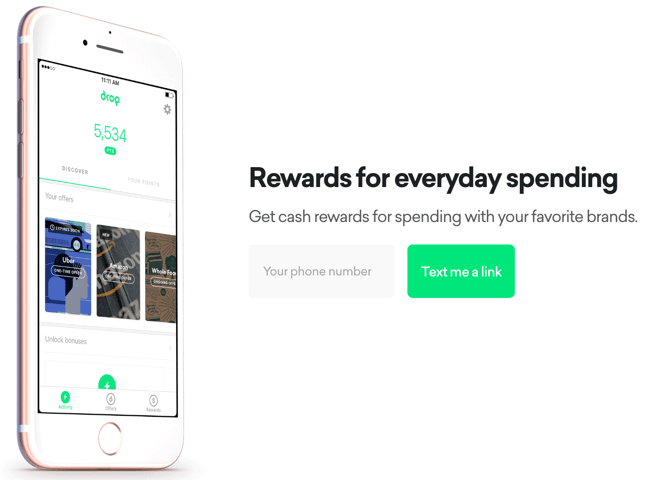 Through mobile apps for iOS and Android that take advantage of third-party APIs like Plaid, users choose brands from which to earn rewards, such as Sephora, Starbucks, Jet, Walmart, Casper, Costco, Whole Foods, Freshly, Lyft, Uber, Zara, Sephora, Expdia, Glossier, Postmates, Best Buy, Instacart, and over 300 other merchants. Once they’ve made selections and linked debit and credit cards, they earn redeemable points with every brick-and-mortar and online purchase that can be put toward gift cards.

On the partner side of things, Drop provides a dashboard by which marketers can understand whether their ad campaigns are resulting in actual sales. Drop says that to date, users have collectively nabbed nearly $19 million in rewards on purchases and that its apps have driven more than $350 million in sales.

Drop has an internal goal of reaching 5% of the millennial market within the next few months, and 10% of the market within a little more than a year. When it clears those goalposts, it plans to expand outside of North America to countries such as the U.K., Australia, and Poland.

“Derrick and his team have built an innovative product with best-in-class user growth and engagement,” said HOF Capital cofounder and managing partner Onsi Sawiris. “We are excited by the new opportunities Drop is creating for both consumers and brands and are proud to partner with them as they redefine the rewards space.”

Drop says it counts talent from Wayfair, Shopify, Amazon, and AirBnB among its growing workforce of over 75 people. It competes with loyalty program operators like LoyaltyOne, which is also based in Toronto, and cashback and rebate startup Ibotta, which was recently valued at $1 billion.