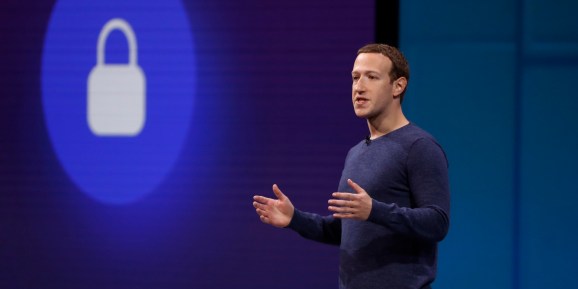 Facebook said today that it has removed 216 social media pages, groups, and accounts in Myanmar, where it continues to be exploited in an ethnic cleansing campaign.

In a blog post, Facebook said the actors behind the accounts include Myanmar’s military, which has been using the social media platform to target the country’s mostly Muslim Rohingya minority group. One year ago, Facebook said it banned members of the Myanmar military, but it seems they found a way around those restrictions.

Earlier in 2018 the country was facing a massive humanitarian crisis that forced 700,000 members of the Rohingya minority community to flee ethnic violence. The country’s military had been exploiting Facebook to stir up anger and resentment against minorities for several years.

Facebook only belatedly began to take action after several news reports cast a spotlight on the abuses. The United Nations subsequently blasted Facebook for its role in spreading fake news and propaganda in the country.

In this latest disclosure, Facebook said the bad actors were engaging in “coordinated inauthentic behavior” and had:

… used fake accounts — some of which had already been disabled by our automated systems — to promote their content, increase engagement, and manage Groups and Pages. They frequently repurposed legitimate news and entertainment content and posted about national and local topics, including crime, ethnic relations, celebrities, and the military. Although the people behind this activity attempted to conceal their identities, our investigation found that some of this activity was linked to individuals associated with the Myanmar military.

Facebook insisted that — despite appearances — it is “making progress” but said it’s hard to ensure its product is not being used as a tool to incite genocide and that further measures would take time.

“We are making progress rooting out this abuse, but as we’ve said before, it’s an ongoing challenge,” the blog post says. “We’re committed to continually improving to stay ahead. That means building better technology, hiring more people, and working more closely with security experts and other companies.”

The Myanmar revelations come as the company is being called out for its role in spreading disinformation, propaganda, hate speech, and sometimes violent content. Earlier this week, Facebook and Twitter removed accounts linked to a disinformation campaign by the Chinese government that targeted the massive Hong Kong protests.

The inability of Facebook, Twitter, and YouTube to control their platforms has led U.S. politicians and those abroad to call for regulations. For the moment, however, the inability to effectively combat such disinformation campaigns hasn’t resulted in any penalties for social media companies or hurt their credibility with investors.