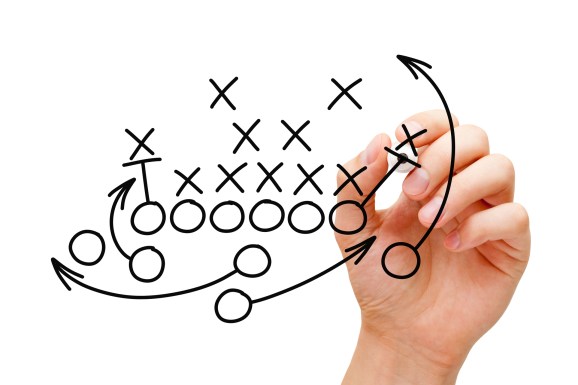 Grow or sell? It’s the ultimate dilemma for startups. This dilemma can become even more acute when you’re the CEO of a VC-funded startup. You want to develop your product, while driving sales and marketing, so that the business can reach its full potential, but your VC’s fund has reached maturity and they want you to sell your company to a larger firm. What do you do when your values as a business leader come into conflict with your investors?

That is precisely the dilemma my company, harmon.ie, faced. As enticing as exits can be, it was not the right time — there was so much more we wanted to achieve. When a company finds itself in this situation, it can either bend to the wishes of its investors or the founders and top executives of the company can buy their freedom from the VC fund calling the shots. In our case, we appreciated all they had done for us, but it was time for us, and them, to move on.

The VC had thrown down the “time to exit” gauntlet, and we had to implement the board’s decision, but after a lingering M&A process we realized that we, the management, were the best buyer. An management buyout, or MBO, was the best way to see our vision through and serve our customers. But how do you go from a VC funded company to a company owned by employees? Where would we get the funding needed? Could we even convince the VC to sell? And for how much? These were all questions that needed to be resolved before we could become an independently owned company.

Negotiating with the board

The main challenge in an MBO is that the CEO and senior management have an inherent conflict of interest: The CEO is appointed by and works for the board of directors and suddenly, he/she is a potential buyer who needs to negotiate with the Board. The CEO needs to remain committed to the board’s interests and maintain “business as usual,” even though the better the company performs, the higher its valuation and the more difficult it becomes for the company’s management to buy it. Regardless, it’s critical that management keep in mind what they are being paid for: running the company for the benefit of its shareholders.

In our case, that meant we had to run the company effectively, while also supporting a very time-consuming M&A process. I continued to present the company to potential buyers, but once I became a potential buyer, I stayed away from valuation negotiations, leaving that to the chairman of the board. Having an active chairman at that point really helped us maintain a good working relationship with all the stakeholders despite the growing conflict of interest.

In this situation, it’s key that the CEO appoints a trusted third-party to negotiate with the board rather than hold direct negotiations. In our example, I appointed a friend who was a successful M&A lawyer. She led the negotiations so I could stay focused on running the company. This alleviated much of the tension, but it didn’t eliminate it. At some point in the negotiation, I realized I could no longer simultaneously wear the buyer and CEO hats, so I chose to resign.

This wasn’t an easy step as I had been CEO for 18 years, nevertheless I was ready to start something new, outside of harmon.ie. I had a 30 days’ notice and I stayed on to support the transition helping our active chairman get up to speed.

After my resignation, we managed to come to an agreement on the company valuation by agreeing that the offers we got during the M&A process represented the fair market value. This was an objective criterion and helped rationalize the emotional discussions.

An MBO process takes months, so it is critical to consider the best timing for each step along the way — when to initiate the MBO negotiations, when to resign as CEO, etc. These steps need to be viewed through a constructive lens rather than as an obstruction to the regular course of business.

Our plan was to secure a bank loan to fund the acquisition in a leveraged management buyout. The benefit of a bank as a funding partner is that, unlike many VCs, they don’t need a seat on the board and generally tend to let a company’s management run the business. In our case, independence and freedom were our MBO goal, so a bank partnership made sense. The bank we worked with had two requirements. First, they would only fund 75% of the acquisition; we had to bring 25% from our own pockets. Second, we had to show the bank we could remain profitable and would be in position to return the loan over the next two-and-a-half years.

One challenge we faced was determining how much to borrow. We were negotiating with the bank and the board in parallel, so we didn’t know the acquisition price or the actual borrowing amount. We made our best guess and just ran with it. Once we signed the acquisition agreement with the shareholders and knew the valuation, we were able to finalize the deal with the bank.

Raising the final 25% was the most challenging piece of all. Some of the money came from our pension funds, which we had saved over the years; the rest came from friends and family.

During the month between the signing and the actual closing of the transaction, the VCs were still the company owners and they wanted the company to keep running to maintain its valuation, so they asked me to return to my CEO position, but this time as a soon-to-be owner.

We decided to hire an outside management consulting firm to help us manage the transitions necessary to morph from a venture-owned company to an employee-owned company, starting with how to present the management buyout to the entire workforce.

As a professional outside entity, the consultants helped us understand that most employees — even management team members — are risk-averse and are happy to invest their time and knowledge in the company but unwilling to risk their own money. When there’s a split like this, there’s a great temptation to suggest to those who are not on board with the investment that this might not be the right company for them; after all, no one is irreplaceable. The consultants helped us realize that we had to be more inclusive and flexible, as we wanted to keep existing talent who we trusted to run and expand the business. We decided to issue 25% of the company stock to employees through an employee ownership program, in effect using the MBO to turn our company into an employee-owned company.

MBO and its effects

No matter how you slice it, an MBO will drastically change a company and how it does business. Among our employees, we see a new sense of shared ownership and shared responsibilities. No longer “just” employees, the staff is motivated to go many extra miles to get things done, because they have a stake in the results beyond their paycheck. We were able to attract new talent to the company including a VP of AI and an experienced GM for our North American business. We also leveraged the MBO to attract industry leaders to our newly appointed board of directors, so even as an employee-owned company, we are receiving top-notch guidance from an independent board.

Our customers have been impressed, too. Because the people they are working with are now owners, customers feel they are getting better service and results from their relationship with the company.

And we, the management team, are doubly committed to seeing our vision through. There’s no doubt that it’s a high- risk, high-reward situation, and the jury is still out on whether the management buyout was the smartest move — businesswise — that we could have made. The journey is still ongoing, but I wouldn’t trade it for anything.

Yaacov Cohen is co-founder and CEO of harmon.ie.