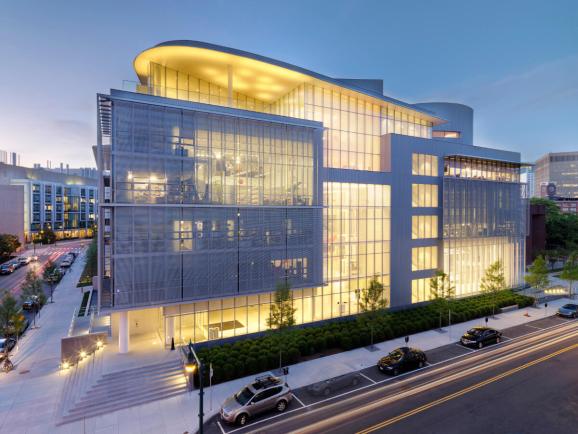 This short week was filled with tough ethical debates at two of the top AI institutions in the United States.

A petition and letter of support circulating at MIT is calling Media Lab director Joi Ito courageous for his public apology in the wake of the Epstein sex trafficking scandal and asking Ito to remain in his position following public pressure to resign. Ito took funding for the MIT Media Lab, and startups he backs, from the now-deceased billionaire and accused sex trafficker Jeffrey Epstein, years after Epstein was accused of running an extensive sex trafficking network, accusations that led to a controversial federal plea deal.

In response to Ito’s admission, MIT Center for Civic Media director Ethan Zuckerman resigned his post, a position he had held since 2012. Shortly after, MIT Media Lab visiting scholar and Cornell University assistant professor J. Nathan Matias also resigned, saying he could no longer in good conscience stay at the school. President L. Rafael Reif also apologized for the role MIT played “to contribute to the elevation of [Epstein’s] reputation, which in turn served to distract from his horrifying acts.” This morning, Time editor at large Anand Giridharadas explained why he quit his position as a juror for Media Lab’s Disobedience Award.

The letter of support for Ito, which does acknowledge a need for funding rules reform, has more than 240 signatories to date — some using their names and some anonymous. Signatories include former Facebook and Google executive Mary Lou Jepsen, Media Lab cofounder Nicholas Negroponte, and about a third of the Media Lab faculty.

Negroponte made headlines this week for insisting during an all-hands meeting that he’d still be willing to take Jeffrey Epstein’s money. Negroponte subsequently told the New York Times he would only give that advice knowing what he knew at the time. Ito’s past actions, the resulting petition, and Negroponte’s defense have spurred current students and alumni to demand change.

Meanwhile, on the West Coast, the Stanford Center for Human Centered AI (HAI) got blowback for naming former Google CEO Eric Schmidt as a keynote speaker at its two-day AI ethics symposium next month.

Tech Inquiry founder Jack Poulson objected to the former CEO’s participation as keynote speaker because of Schmidt’s role in a number of ethically questionable events, from the ousting of a DoD official who questioned the inclusion of Schmidt and Amazon CEO Jeff Bezos on a Pentagon board to giving Andy Rubin $90 million after sexual harassment allegations about him emerged.

Stanford HAI responded in a tweet defending Schmidt as an ideal choice and warning against the dangers of “damaging intellectual blindness.” This is just the most recent example of controversy at HAI, an organization that launched this spring with a roster of big names in tech and AI but devoid of race or gender diversity.

However small each of these petitions seem by the numbers — the Poulson anti-Schmidt petition drew less than 50 signatures — they are noteworthy for the number of influential people that comprise the lists. Poulson’s petition, for instance, includes more than a dozen active Google project managers or engineers, alongside a number of privacy and AI ethics advocates.

The common thread between petitions circulating now at MIT and Stanford is the protection of people in power in elitist environments and the struggles between generations of tech workers to know and do the right thing.

Offering another point of view, Palantir CEO Alex Karp penned an op-ed in the Washington Post titled “I’m a tech CEO, and I don’t think tech CEOs should be making policy.” Palantir is no stranger to dissent: Student computer science activists near Stanford routinely stage protests outside Palantir offices in Palo Alto in opposition to its predictive systems that government authorities use in policing and immigration. Some students actively attempt to persuade computer science students to never work for Palantir.

Karp’s piece talks about the immense power in the hands of Silicon Valley companies, and he asserts that executives at tech companies shouldn’t be allowed to “impose their moral framework on America.” It’s this sort of power that recently led the country of Denmark to appoint an ambassador to the San Francisco Bay Area to treat companies in the region like global superpowers.

Karp is right: A small group of executives shouldn’t have the right to make decisions that belong in the hands of lawmakers. That’s not to say, however, that individuals close to the matter should always remain quiet.

If there are any takeaways to be had in these debates over power, ethics, policy, and AI, it’s that even if you don’t agree with those speaking out, understanding perspectives that exist inside influential institutions is valuable. I’m glad I know Nicholas Negroponte believes Joi Ito should still take money from Epstein, and I’m glad I read the Stanford Center for Human Centered AI response tweet. At a time when AI is becoming a force in everything from business to health care to national defense to people’s daily personal lives, it’s much easier to see where people stand when they speak up.