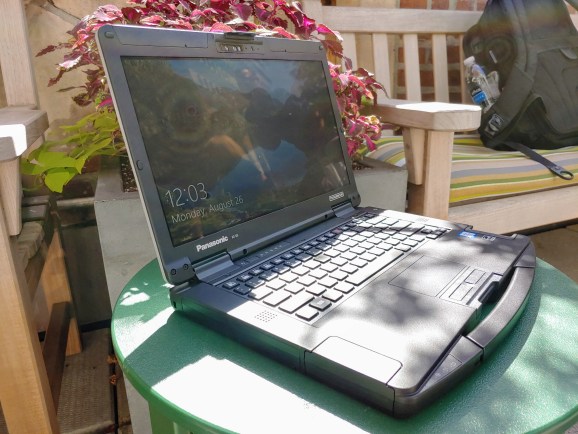 Panasonic introduced its Toughbook lineup in 1996 with the CF-5, which was designed to withstand vibration, drops, spills, extreme temperature, and rough handling in industries from construction and defense to emergency services, government, health care, law enforcement, manufacturing, oil, gas, telecom, and utilities. Panasonic has revamped its Toughbook product family countless times since, most recently last November with the Toughbook 31. But today the Kadoma, Japan-based company really shook things up with a new flagship — the Toughbook 55, successor to the Toughbook 54 — that’s almost entirely modular.

The Toughbook 55, which Panasonic says is the thinnest and lightest laptop in its class, sports Intel 8th Gen quad-core i5 or i7 vPro processors (Whiskey Lake) and optionally AMD discrete graphics. It’s available with a 1,000 nit touchscreen (one nit is equivalent to a candela, or the intensity of a candle), with up to 2TB  of storage and 64GB of RAM, and color-selectable keyboard backlighting.

That’s standard stuff as far as laptops are concerned, but the Toughbook 55 has a few tricks up its sleeve. Consider its four-mic array, which Pansonic claims is 3 times more accurate than most two-mic models. The stereo speakers embedded in the Toughbook 55’s case reach up to 90 decibels at maximum volume, or roughly the loudness of a police vehicle with sirens blaring. And it’s the first to undergo Panasonic’s five new durability and robustness tests for disinfectants, which mimic conditions in industries like health care, where powerful sanitizers are commonly used. 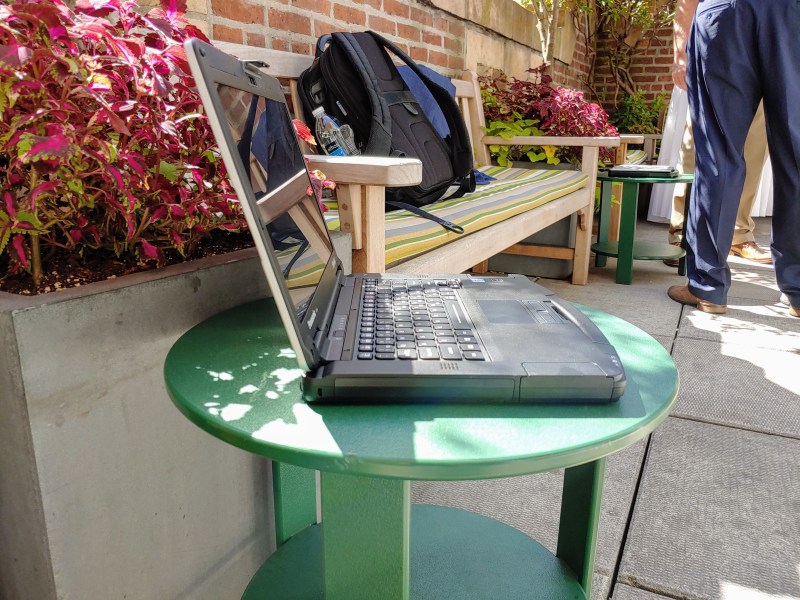 The Toughbook 55 also has the distinction of being the first in its line with a modular design, as alluded to earlier. The keyboard is user-replaceable, so companies can quickly repair broken keys or accommodate foreign-language speakers with keys for their native tongue. Separately, three expansion pack areas support 12 different mods at launch, including a smart card slot, VGA and USB ports, HDDs and SSDs, and a fingerprint reader. The idea is that companies can swap in first- and third-party modules as needed without having to dig around in the laptop’s innards.

Those mods are completely optional, of course, and customers who opt not to procure them still get a USB Type-C port, HDMI 2.0, and Bluetooth 5.0. They’ll reap the benefits of a battery and a backup battery that both last 20 hours on a single charge, the longest of any Toughbook. And for folks with Toughbook 54 vehicle and desktop docks, they won’t have to toss their equipment — Panasonic says the Toughbook 55 is backward-compatible with nearly all Toughbook 54 accessories.

“Each year, we spend hundreds of hours with customers across industries so that we can anticipate the trajectory of their digital transformations and best support them throughout,” said Panasonic VP of marketing and product management Brian Rowley. “The Toughbook 55 is shaped by our customers’ voice and delivers the customization, modularity, extended battery life, and configurations they need today and tomorrow. The next chapter of mobile technology is not how well rugged devices withstand extreme work environments — something Toughbook has proven over three decades — but how rugged mobility facilitates an evolving business climate.” 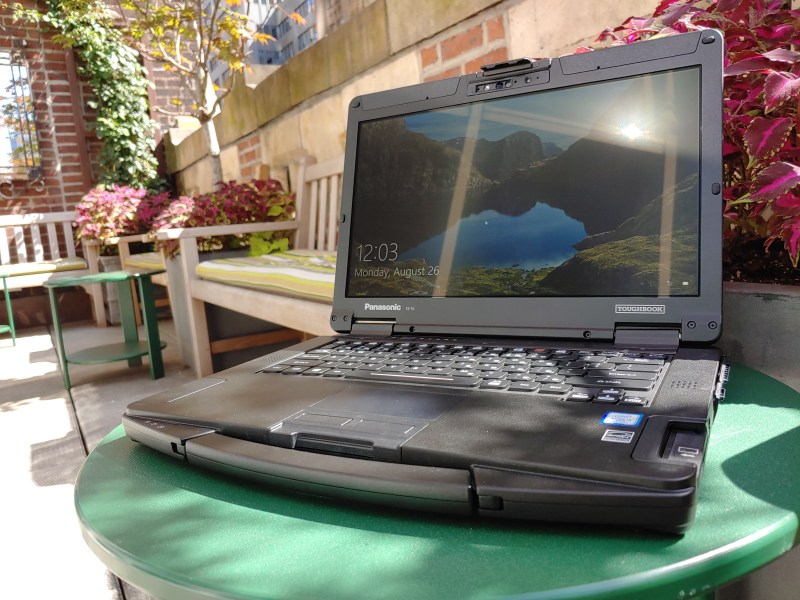 Like its Toughbook kin, the Toughbook 55 is subjected to 501 tests and quality checks during production. It’s run through the wringer for particle resistance and liquid resistance — The Toughbook 55 is IP53, which means it’s protected from limited dust ingress and water sprays — and it undergoes independent lab testing to meet MIL-STD-810 standards for use in extreme conditions.

It’s equally robust where connectivity’s concerned. Panasonic says the Toughbook is certified to work on its P.180 platform, which provides global coverage in over 180 countries, with personalized shared data plans based on usage. It’s also certified and approved for use on FirstNet (Band 14), the U.S. nationwide network built in partnership with AT&T and the First Responder Network Authority (FirstNet Authority) that provides first responders with reliable connectivity.

The Toughbook 55, which comes with a three-year manufacturer’s hardware warranty covering materials and workmanship, is available starting today from $2099 through authorized Panasonic resellers.