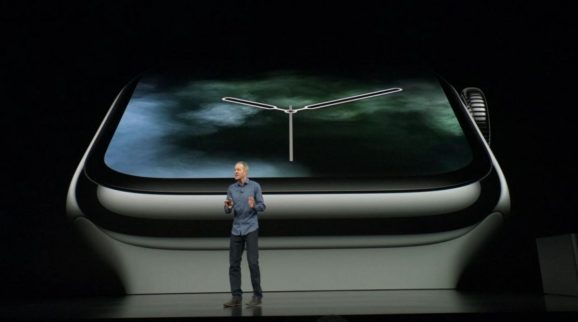 New smartwatches weren’t the only thing Apple revealed at its press conference this morning. The Cupertino company also announced a price cut for the Apple Watch Series 3, which previously started at $279. The Series 3 now starts at $199, and the Series 4 has been discontinued.

Here’s how the pricing breaks down:

Apple Watch prices have been on a bit of a roller-coaster lately, what with Apple’s decision to kill the infamously luxe Apple Watch Edition. In September 2018, the company quietly increased the price on its new Apple Watch lineup by $70 compared with the previous generation models.

The Apple Watch Series 3, you might recall, was released in September 2017. It featured a faster processor, a dual-core S3 system-on-chip, Bluetooth 4.2 (compared with Bluetooth 4.0 on older models), a built-in altimeter for measuring flights of stairs climbed, and increased memory. It was the first Apple Watch available in a variant with LTE cellular connectivity, and the first on which Siri could speak thanks to its increased processing power.

The Apple Watch Series 4 was announced a year later like clockwork (no pun intended), and it featured larger displays with thinner bezels, rounded corners, and a redesigned ceramic back. An Apple-designed W3 wireless chip and improved haptic feedback were in tow, as was a new S4 64-bit dual-core processor capable of up to double the S3’s performance. But the arguable headliner (in addition to fall detection) was an FDA-cleared electrical heart sensor that worked by measuring the potential difference between the wearer’s wrist and a finger from their opposing hand.

According to analysts at Canalys, Apple shipped more than 12 million Apple Watches in 2015, constituting two-thirds of all smartwatch sales that year. That number seems quaint today — analysts at IDC project smartwatch shipments hit 124.9 million by the end of 2018, up 8.2% from the prior year. And MarketWatch pegs the market at $35.7 billion by 2024.