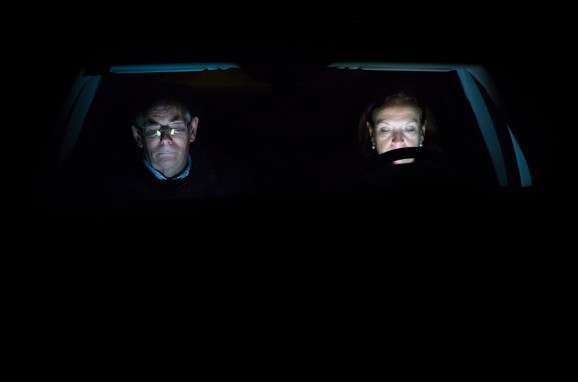 Uber and Lyft may have a long-term vision to transform the face of transportation. However, it’s clear that the firms have a key problem: their short-term mindset when it comes to implementing this vision. Last month, Uber drivers in California staged protests demanding better workers’ rights. Last week, the Teamsters protested drivers’ ‘gig worker’ status. And now this week California has passed a law enshrining the rights of drivers as employees rather than workers.

Both Uber and Lyft have pursued growth at a record rate, aggressively entering new markets at heavily discounted prices compared to a given location’s ride-hail incumbents. However, they have repeatedly failed to prioritize their relationship with drivers, who, at least in the short term, are their key asset to maintain this growth. Uber’s reported ambition to lend its drivers cash reflects the importance of its drivers as a primary market for the company, but does little to address the concerns many drivers have with the company.

Self-driving into a problem

Drivers know the companies see them as a temporary necessity. It’s no secret Uber and Lyft want to transition to autonomous vehicles. Their drivers would be forgiven for feeling that the company sees them as disposable — a feeling perhaps amplified by the fact that neither has been willing to give rights to their workers without a fight. Their lack of consideration for their workforce means they have angered drivers far earlier than the actual switch to self driving cars would have done.

While last month’s protests involved only a few drivers shutting down streets in order to unionize and support the California bill, we can expect protests to balloon when both companies seriously begin to implement autonomous taxis.

The contrast between boosting driver numbers now and scaling through autonomous vehicles long term is creating a chasm for Uber and Lyft, who have forgotten about the medium term. They have focused too much on scaling and growing in the short term to placate investors while developing a long-term strategy that involves tearing up much of their existing model and that isn’t likely to be viable for years due to factors out of their control.

Driverless cars are touted all over the press as the next inevitable step in the evolution of automotives, but they aren’t as imminent as the news would have you believe. In fact, autonomous cars are still a way off due to a number of issues, one of the biggest of which is with infrastructure. For autonomous vehicles to work, they need to communicate with other vehicles and transfer positioning and safety data to and from the cloud at high speed — the kind of speed only possible on the move via a 5G connection.

Although many networks are trumpeting their 5G capabilities, these are still in a test phase rather than ready for rollout. Even when deployed, 5G will largely be limited to major cities in developed markets.

So it is likely both Uber and Lyft will be reliant on drivers to be the engine of their growth for the next five years at a minimum and will need them for much longer in certain areas, especially when you take into their account moves into less tech-forward markets.

Threats to the business model

Uber and Lyft may not today see the value in working to empower and encourage their drivers given their ruthless focus on margin, but the reality is that their business model relies on drivers – even more than it relies on cutting the cost of paying them.

The recent success of rival ride hailing app Bolt in the UK and Eastern Europe shows another way is possible. Bolt, which has largely grown in areas that Uber and Lyft were slow to target such as Eastern Europe and Africa, only takes a 15% commission from its drivers (almost half of what Uber takes) while also charging customers less. Arguably this strategy isn’t sustainable in the long term, with Uber struggling to turn a profit even with a hefty 25% commission. But prioritizing driver welfare is a good strategy to build goodwill and name recognition, both for drivers and customers. And with Bolt currently having no plans to move into the sexy (but slow moving and expensive) world of driverless cars, it has more capital to focus on the medium term.

If Uber and Lyft can’t find a way to move forward positively when it comes to their drivers, they may find themselves in trouble – and far before driverless vehicles can step in to save them.