Vanishing Realms just exited Early Access and released its massive expansion DLC, The Sundered Rift. We had great things to say in our full review and took some time to send a few questions over Kelly Bailey from Indimo Labs on development of a VR role-playing game that spanned across nearly four years.

Kelly Bailey has been hard at work on Vanishing Realms ever since first getting an HTC Vive developer kit in late 2015 and the hard work shows. Bailey previously worked at Valve, specifically on the Half-Life franchise, and has been focused on VR since founding Indimo Labs.

Below are all of the questions we sent Bailey over email, as well as his unedited responses:

UploadVR: How has the reception to the expansion been so far? Has it been going well?

Kelly Bailey: The new Expansion has been quite well received, some fun play-through videos starting to show up, reviews are very positive.  It’s really rewarding to see players getting creative with the new types of melee and ranged weapons, the little Spirit Guide seems make people smile, people seem to be enjoying playing through the new environments. I got a little carried away in the final six months of development, and somehow the Expansion grew to become larger than the base game. It wasn’t really planned that way, just a consequence of iterating on new ideas and integrating playtest feedback.

UploadVR: What is the biggest difference between developing and releasing VR content now in mid-2019 vs. 2016 when VR was brand new?

Bailey: There is certainly more hardware to support in 2019, and the tools available to developers have come a long way.  Way back in 2016, VR Devs all needed to figure out the fundamental interactions, such as moving the player around the world, interacting with objects, constraining the player to world boundaries, designing a VR-friendly UI etc.  Now developers can download various plugins to help solve those problems, and the barrier to entry is definitely lower now.

UploadVR: Looking back, would you have done anything differently in developing Vanishing Realms?

Bailey: I launched the base game in Early Access in 2016, then spent a year or so updating it with a ton of new features and expanded content. Community feedback was super helpful, definitely made the game better. By late 2017 I’d pushed the base game pretty far and felt it was ready to ship, however I ultimately decided to keep the game in Early Access during the development of the Expansion.  I announced this to the community late 2017, and forged ahead. Remaining in Early Access allowed me to easily share content and code between the base game and expansion, and I felt it was important to maintain the freedom to experiment with the code right up the final launch day.  I tend to develop in a very iterative way, and many of the features that ended up in the base game or Expansion started as “what-if” experiments.  The game’s melee combat system, UI, climbing, throwable weapons, various forms of monster AI, new player locomotion modes, a complete hard mode, expanded mid-game dungeon and outdoor areas – all had quite a few versions and many were delivered as later updates to the base game.  Some changes, like the more detailed outdoor areas, where just delivered in the base game this month.

However this method of working also tends to make it difficult to predict a delivery schedule, and that relatively long development period in Early Access made it hard to communicate the ongoing plan to newer customers.  In retrospect, it would have been a much clearer message to customers had I shipped the base game out of Early Access back in 2017, rather than waiting until the Expansion was also complete.  I would have also communicated more frequently, rather than keeping my head down working in the code for months on end!

So overall, I would have maintained a simpler plan with a simpler message. By keeping the code sharing simple, I inadvertently created a very complex messaging problem that I never really solved. 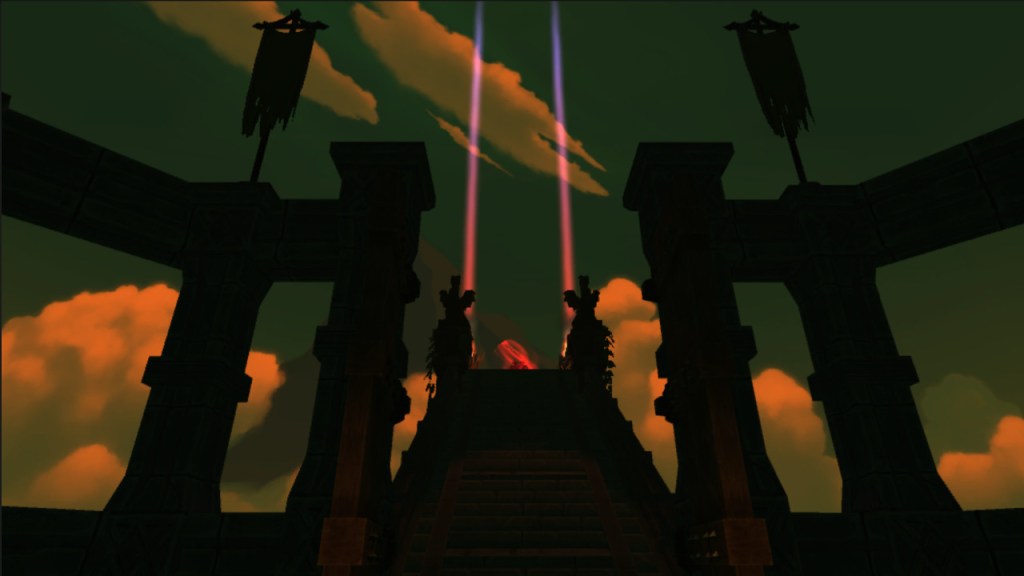 Above: I wonder what those lights mean …

UploadVR: Are there plans for more expansions or a sequel? Or a new IP?

Bailey: Having just come off of a very intensive and extended work schedule, it still feels too soon to start planning next steps.  I truly enjoy creating games, I’ve been doing it for over 20 years now – I don’t think Vanishing Realms: The Sundered Rift is my last game.  Right now, however, I’m focused on getting some surfing in!

UploadVR: Do you have any interest in working with a publisher, or is 100% indie something you’re proud to continue doing?

Bailey: The great thing about working on a team with a publisher is the leverage you have – all the game’s content can be crafted as a unified, original vision for instance.  The down side is that I believe most publishers would not have been willing to take the kinds of risks that I took in developing Vanishing Realms. I did not have a detailed development schedule, at the outset I had a very loose vision of the product, and I worked almost entirely iteratively.  I added many, many features based on direct customer feedback, all without a fixed final delivery schedule or budget.  I believe that kind of freedom made the game much better in the end, but it would have driven a budget and schedule conscious publisher a bit crazy!

Bailey: The Base Game and the Expansion were both single-developer projects.

UploadVR: Are there any plans for Quest or PSVR versions?

Bailey: Both platforms are super interesting. I don’t have a dev kit for either right now. 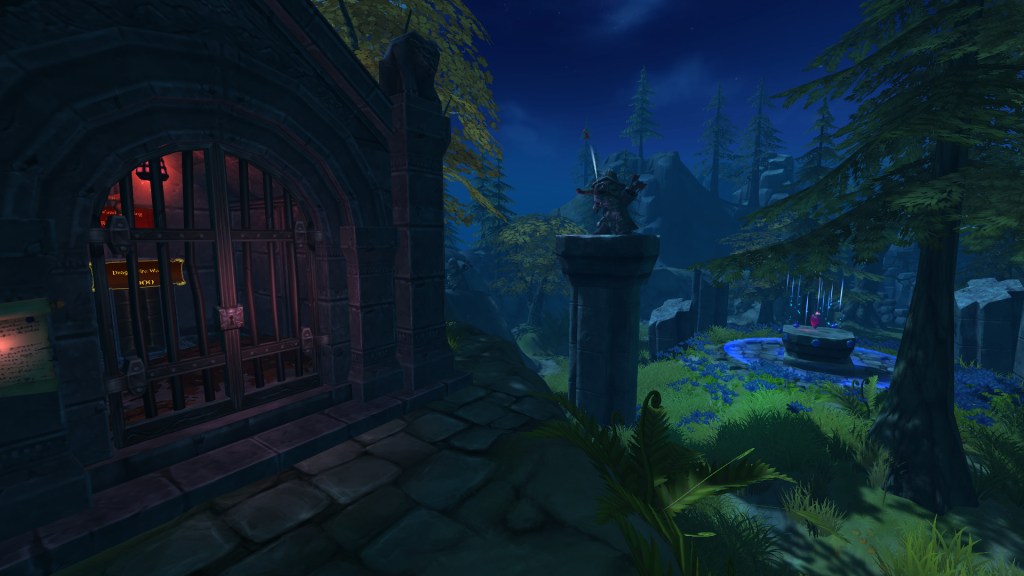 Above: I wonder who left that heart sitting on that platform over there.

UploadVR: What would your main points of advice be to VR developers, as someone that’s been making VR content since before Vive/Rift even shipped?

Bailey: Some questions that might be useful to a new VR developer:

Am I taking advantage of the latest VR plugins? It doesn’t make much sense these days to write your own player movement system, input system, UI etc.

Am I controlling the budget? Although it’s growing, VR is still a much smaller customer base than the PC market. There’s a reason many VR titles are built by small teams.

Am I playtesting with people of differing size, age, experience? This is super important in VR. You’re building an environment that must fit diverse body sizes and abilities.

Do my playtesters think the game is fun? Would they keep playing? Continue iterating until the answer is consistently YES.  Ask what their high and low points were during the playtest.

Does my game contain features that are interesting and unique in VR?  The medium is still so new, you have a chance as a VR developer to create something that literally no one in history has ever experienced before. That’s a pretty fun idea.