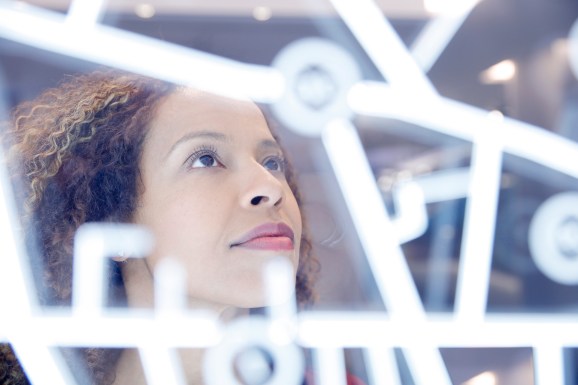 Acquisitions aren’t usually something engineering teams look forward to. They tend to wreak quite a bit of destruction.

After my first company’s acquisition, employees were given two choices: 1) Move across the country to join a new office, or 2) Quit. I chose option 2.

After my second company’s acquisition, our buyer retained our office, but they eventually deprecated our product line, and ultimately, us.

At my third company, we were doing the acquiring. We purchased another company that had more market presence and name recognition. Sounds great, right? Wrong. The company chose to assume the identity of the newly acquired company and then deprecate most of our own existing products and the teams that worked on them.

When my most recent company, RightScale, announced it was being acquired by Flexera, I wasn’t shocked. I’ve been through it before. If I’m retained, I told myself, ride it out and see what happens. Update my resume and be ready …

But this time things were different. And it’s well worth sharing the reasons for that difference so that others, hopefully, can take advantage of them.

Yes, there were growing pains. However, I saw something I’d never seen before in any of my previous acquisitions. Flexera seemed to not only value the products they were acquiring, but the company also recognized the value in the talent that would be essential to continued support and growth of its products.

If a company is interested in keeping staff and unlocking the full value of its acquisition, here are some essential elements of success — from an employee’s point of view.

1. Have executives who understand the pain and are willing to learn and improve

Flexera’s CEO, Jim Ryan, and a number of key executives came to Flexera through acquisitions, some more than 20 years ago. They know the mix of emotions, including uncertainty and fear, that come with being acquired. They could empathize with what an acquisition would be like for staff.

The executives at Flexera admit to making mistakes in how they have integrated companies over the years, but they also learned from those mistakes and have continuously tried to improve the process. RightScale’s acquisition process was better than previous. Roughly 10 months later, they took some things they learned from RightScale’s acquisition process to make Flexera’s acquisition of RISC Networks even smoother. It’s an ongoing process, and it’s great that the company is always striving to improve.

2. Encourage both companies to lean into the change

One thing Flexera executives encourages us to do was embrace change. Not everybody comes over in an acquisition, but for those who do, it’s better to embrace change sooner rather than later. Change can cause anxiety, but it can also create amazing new opportunities. As much as possible, lean into and embrace the changes.

For some of us, we didn’t realize we were missing something before the acquisition. However, our eyes were opened to new opportunities and revitalized career paths after the acquisition.

For Flexera, they acquired us with an open mind. It wasn’t “My way, or the highway,” but rather, “Hey, we like the way you’re doing things.” Flexera chose to adopt some of RightScale’s processes and invest in its people, placing some of those people in key positions. It wasn’t “Flexera first,” per se, but “Who/what is best to take Flexera to the next level?”

The company I worked for, RightScale, was in Santa Barbara, Calif., thousands of miles from Flexera HQ in Chicago. A number of Flexera executives came on-site at RightScale. They talked to us about the overall vision of the company, how RightScale fit into that vision, and made their expectations clear. In the first few months, there were many trips between Chicago and Santa Barbara, introductions, and candid and challenging discussions about the future.

Flexera didn’t consider integration just a three-month activity. Due to the volume of acquisitions it does, it has developed a full-time role for managing mergers and acquisitions over a much longer period of time. In our case, Sean Doherty, VP of Business Integration at Flexera, spends his days completely focused on acquisition integrations. He is on-site at the newly acquired office as long as is needed to assist with questions/answers and transition of processes. Sean has purposefully created a number of workgroups and frequent newsletters and conducts ongoing face-to-face meetings to keep communication flowing months, even years, after acquisitions take place.

In this first year, Flexera has made a concerted effort to integrate us. I’ve really appreciated the opportunity to work on cross-team projects in engineering, focusing on integration: how to make many distinct products feel as one. At first, I felt like the new kid in town when speaking with other teams. Then I realized that many of the other teams were (recently) acquired as well; we all had the same initial reservations about having been acquired.

I also realized that almost everyone at my company has the same passion for creating quality products, whatever they may be. Sure, we still care about the products we were acquired for, but we also care about whatever we’re working on now, how to get to the end goal, and most of all, how to do it well. We are navigating multiple time zones and countries, but it doesn’t matter, we are working on “One Flexera.”

Lisa Watt is a senior software engineer at Flexera. She is based in Santa Barbara, California.