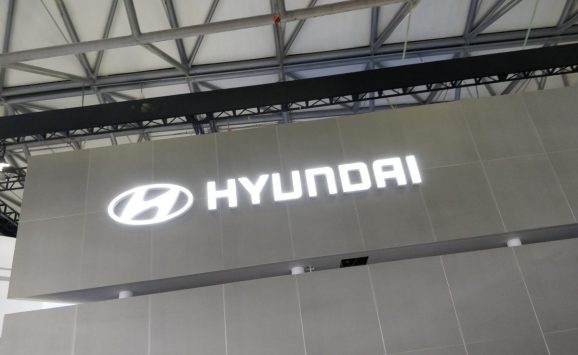 (Reuters) — Hyundai Motor Group will invest $1.6 billion in a joint venture to develop self-driving vehicle technologies with Aptiv, the biggest overseas investment by the South Korean carmaker to catch up to rivals in the autonomous car market.

Global carmakers and their suppliers are forging alliances to develop autonomous car technologies partly due to the need to share the huge financial and technical burdens.

Hyundai has lagged global rivals who have invested heavily into developing new technologies for electrified and autonomous vehicles. For example, BMW and Daimler announced earlier this year that they would join forces on automated driving technology.

Hyundai Motor, Kia Motors, and Hyundai Mobis will collectively contribute $1.6 billion in cash and $400 million in research and development resources and others, valuing the joint venture $4 billion, Hyundai Group and Aptiv said in a joint statement.

Dublin-headquarterd Aptiv, which will own 50% of the joint venture, will contribute its autonomous driving technology, intellectual property, and approximately 700 employees focused on the development of scalable autonomous driving solutions.

The new firm will begin testing fully driverless systems in 2020 and have a production-ready autonomous driving platform available for robo-taxi providers, fleet operators, and automakers in 2022.

Aptiv, which manufactures vehicle components and provides technology for self-driving cars, was formerly known as Delphi Automotive, which was split into Aptiv and Delphi Technologies in 2017.

Aptiv said in its 2018 annual report that Hyundai Mobis was one of its competitors in advanced safety and user experience segment, along with Bosch and Denso.

Its major customers include GM, Volkswagen, and Fiat, according to the annual report. Hyundai Motor is also one of its customers, a Hyundai spokesman said.

The latest investment is another sign that Hyundai has abandoned its strategy of developing technology in-house, a strategy which previously raised investor concerns that it may be left behind in the race for future mobility.

Hyundai, along with affiliate Kia Motors, ranks fifth in global sales, have joined rivals in making a series of investments in technology firms, including self-driving car tech startup Aurora, especially after heir apparent Euisun Chung was promoted a year ago.

Hyundai Motor said in February that it will invest 14.7 trillion won ($12.3 billion) in future technologies such as self-driving, connectivity, and car sharing areas by 2023.

The Aptiv venture will be headquartered in Boston, with technology centers across the United States and Asia, including South Korea.

The transaction is subject to regulatory approval and is expected to close early in the second quarter of 2020.