Wenig had served as president from 2011, before replacing John Donahoe as CEO in 2015. Scott Schenkel had served in a number of senior roles at eBay after joining from GE in 2007, and he was promoted to CFO the same year Wenig became CEO.

“During his 12 years at eBay, Scott has demonstrated that he is a strong and dynamic leader who knows our business inside and out,” said eBay board chair Thomas Tierney. “He has worked closely with our teams across the company to execute our strategy. We are confident that Scott’s experience at eBay positions him well to lead the company during this time.” 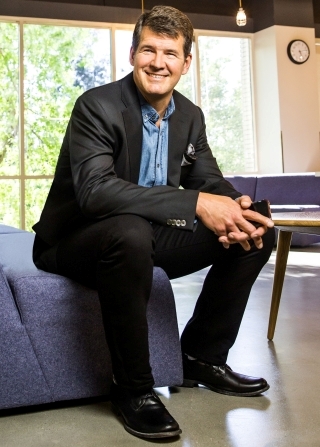 The San Jose-based company hasn’t offered any specific reason for Wenig’s departure, though it appears eBay’s recently announced strategic review played a part in it.*

“Devin has been a tireless advocate for driving improvement in the business, particularly in leading the company forward after the PayPal spinoff,” Tierney added. “Indeed, eBay is stronger today than it was four years ago. Notwithstanding this progress, given a number of considerations, both Devin and the board believe that a new CEO is best for the company at this time.”

By way of a brief recap, eBay has been mulling a major transition that could see it splinter into three pieces — its core marketplace business, which currently generates most of its revenues; its ticket marketplace StubHub, which it bought for $310 million; and its classifieds unit, which operates under various brands globally. “Activist investor” Elliott Management, which owns around 4% of eBay, suggested that the company would be able to generate more value from its various components if they were spun out into separate entities. This was also the thinking in 2015 when eBay spun its payments business PayPal into a standalone company, one that now has a market cap of more than $120 billion — roughly 4 times that of eBay.

Reading between the lines, eBay’s board may have decided that the company needs a new leader with a fresh vision. Although eBay is officially looking for a permanent CEO, Schenkel is as good a candidate as any, having progressed through the ranks at eBay over the past decade.

“As the board conducts a search, we will continue to focus on our strategic plan and product initiatives, while also ensuring a great customer experience and a smooth transition,” Schenkel added.

*Since this post’s original publication, Devin Wenig tweeted that the reason he is stepping down is because he wasn’t seeing eye-to-eye with eBay’s new board. “Whenever that happens, its best for everyone to turn that page over,” he said.