Subscriptions are big business. McKinsey & Company estimates that 15% of online shoppers have signed up for one or more product subscriptions within the past several years, and it pegs the growth rate of the recurring ecommerce market from 2013 to 2018 at over 100% a year. A separate report by cloud-based subscription management platform Zuora, meanwhile, found that the subscription economy ticked up more than 300% between 2012 and 2018.

Perhaps it’s no wonder that startups like San Francisco-based Recurly are raking in the venture capital dough. The developer behind the recurring billing service of the same name today announced that it’s raised $19.5 million in funding led by F-Prime Capital, with participation from Polaris Partners, Greycroft, and Silicon Valley Bank. The fresh capital brings its total raised to nearly $40 million following previous raises totaling $19.6 million, and CEO Dan Burkhart said it’ll fuel product research and development in addition to the expansion of Recurly’s sales and marketing divisions.

As part of this latest round, Recurly brought two new executives onto its team. Former platform and architecture engineer Tony Allen steps in as chief technology officer, and Shane Oren joins as SVP of sales after stints at NetSuite and Nice Satmetrix.

“The subscription commerce market is undergoing a dramatic shift as consumer purchasing behaviors are quickly evolving to expect flexible, pay-as-you-go models from their favorite brands,” said Burkhart in a statement. “We are excited about the role that our company plays in helping these high growth brands to innovate with subscriptions in a way that delights their customers while delivering breakout results against their competitors.” 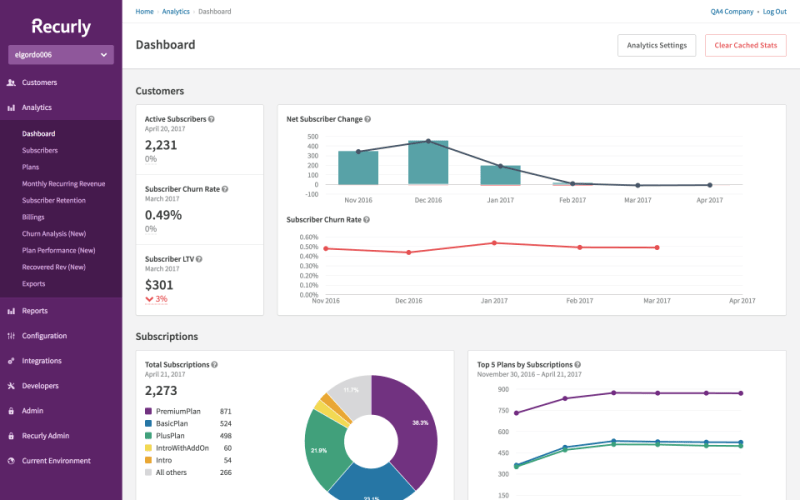 For the uninitiated, Recurly taps machine learning algorithms trained on hundreds of transactions to improve billing continually, driving a claimed monthly revenue boost of 12% on average. From within its cloud dashboard, clients can create plans with a variety of billing models (e.g., fixed, seat-based, hybrid, and usage-based) and frequencies, and extend to subscribers the ability to purchase single or multiple plans and combine them with one-time products or services.

Recurly automatically prorates billing changes that result from subscriber upgrades, along with those arising from downgrades, refunds, or service credits. Moreover, its automated tools generate invoices and provide data supporting monthly close processes, all while automatically delivering emails to subscribers regarding charges and changes related to their subscriptions (including expired payment methods).

Recurly supports over a dozen payment gateways including Amazon Pay, Stripe, PayPal, Chase, Braintree, and CyberSource, and it calculates and collects sales tax, VAT, or GST (along with compliance documentation) for any charge in the U.S., Canada, Europe, Australia, New Zealand, Israel, and South Africa. It additionally supports things like discounted price promotions and special offers, plus gift subscriptions that subscribers can purchase for friends and family.
Where security is concerned, Recurly ships with several permissions groups preconfigured. Only administrators have the ability to manage user roles and permissions or allow read-only access to databases. And on the customer-facing side of the equation, Recurly’s fraud mitigation models automatically identify and address potentially illicit transactions, minimizing chargebacks and preventing card-not-present, account takeover, and account creation fraud.

Recurly’s analytics suite provides an overview of subscriber, plan, and revenue data, along with KPIs and short- and long-tail trends. The date ranges, intervals, and even currency can be customized, as well as the prominence of metrics like net billings, subscriber retention, monthly recurring revenue, recover revenue, and average revenue per customer.

Helpfully, this and other data collected by Recurly can be scheduled to export automatically into third-party business systems.

Speaking of integrations, Recurly plays nicely with a range of customer management platforms and accounting suites, including those from Salesforce, Netsuite, Intuit’s Quickbooks, Xero, Avalara, Kount, Vertex, and Okta. As for services that aren’t natively supported, it offers a robust API and full-featured developer hub. 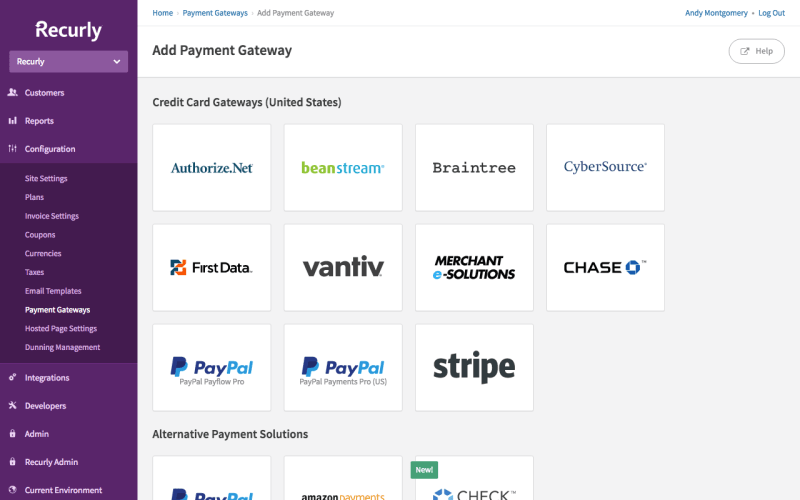 Recurly currently has 175 employees across offices in San Francisco, Boulder, and New Orleans.