Alongside a coterie of new Surface models, including a Surface laptop and an ultra-slim ARM-powered Surface 2-in-1, Microsoft debuted wireless earbuds featuring voice controls: the Surface Earbuds. They’ll be available later this year, starting at $249.

The new product comes a year after the launch of the Surface Headphones, which featured active noise cancelation, 40mm FreeEdge acoustic technology, and 15 hours of battery life. Like the Headphones and Amazon’s recently announced Echo Buds, the Surface Earbuds feature two beam-forming microphones that pick up commands. Plus, they pack powerful drivers that deliver crisp sound without compromising on bass or vocals, powered by a battery that delivers up to eight hours and an additional 16 hours with the included charging case. 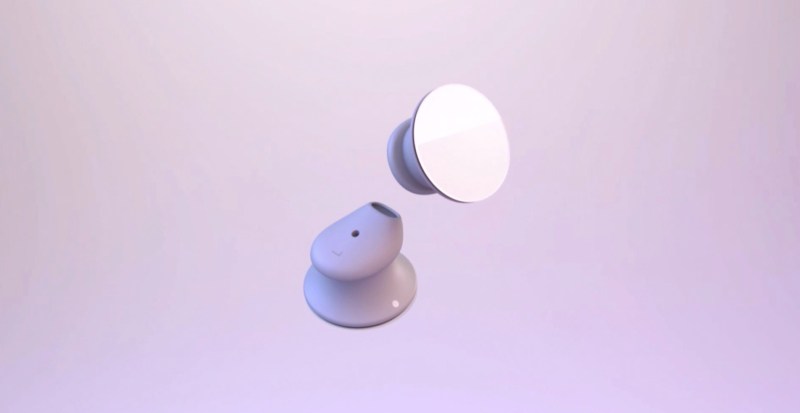 One of the most intriguing features is PowerPoint integration. Swipes can trigger slide transitions, and the Earbuds can generate onscreen captions courtesy text-to-speech services in Microsoft’s Azure. It can even translate while you talk to one of roughly 60 languages.

The surface of the Surface Earbuds (no pun intended) are capacitive and recognize basic gestures like long-pressing, in addition to tapping (which plays and pauses music or takes or ends a phone call) and double-tapping (which switches to the next song in a playlist). A few of these are customizable from within the relevant settings screen in the companion app for Android, iOS, and Windows 10, as are things like equalization and volume.

“On Android, with a few simple taps, you can open Spotify, and it will start to play the right music for you in that moment. There’s no screen required,” said Microsoft corporate vice president Robin Seiler onstage.

Microsoft says the Surface Earbuds are “optimized” for Surface devices, but it concedes that they’ll pair with any Bluetooth-enabled laptop, smartphone, or tablet uncomplainingly. And as you’d expect, the earbuds support a full breadth of voice commands with respect to reminders, weather and traffic conditions, sports updates, and more. Microsoft’s Cortana will handle that functionality if you so choose, but so will Amazon’s Alexa and Google Assistant as long as the phone to which they’re paired supports them.

As impressive as the Surface Earbuds appear to be at first glance, they’re a bit late to the AI-imbued earbuds party. Apple’s AirPods are now in their second generation. Amazon’s Echo Buds feature Bose’s noise-reduction technology. Meanwhile, brands like JLab, Beats, Jabra, and Samsung are beginning to push the envelope on battery life.

That’s all to say the Surface Earbuds have an upward climb ahead of them.