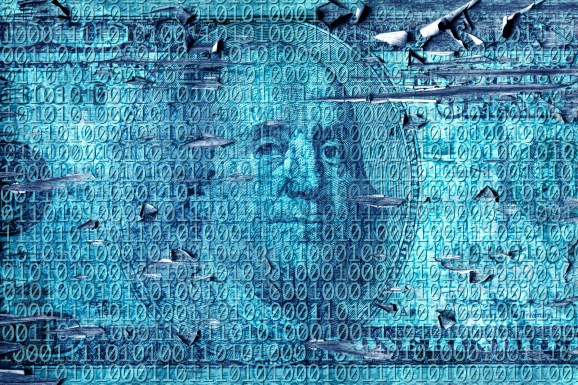 It is high time that we directly address the stark difference between legacy newspapers, radio, and television and today’s dominating digital technology companies. Traditional media companies have long accepted the burden — along with the significant cost and time — required to verify the words, images, and videos they publish. Accuracy and fairness are core to their mission.

But not today’s digital media giants. Wrapping themselves in legal immunities that apply to no one else, digital publishers accept zero responsibility for the amplified fabrication, viral insanity, and dangerous untruths they routinely empower users to publish. Doing so would undermine their business model, which depends on monetizing users with targeted ads.

People in chief marketing officer roles, like me, struggle with this issue daily. We’re a key part of the ecosystem that works with consumer data and negotiates the complicated network of consumer permissions and privacy, and we must promote best practices and accountability. Ultimately, we have to demand that big tech plays by the same rules. These companies affect consumers and society in ways that smaller legacy and startup players simply do not.

Digital publishers argue they can’t and shouldn’t be held responsible to the same standards as traditional media companies. Why? Instead of being media companies, they’re technology platforms, no more responsible for users’ posts than telephone companies are for talk over copper wires. As legal cover, they point to the decades-old provisions of the 1996 Communications Decency Act. Originally intended to spur innovation and protect then-emerging dial-up internet providers from lawsuits related to third-party pornographic postings, Congress amended this law to exclude online publishers from liability related to the content on their sites. At the time, it seemed sensible. The most visible digital media then was America Online (AOL), which provided subscription-based Internet access, along with digital “chat rooms,” that seemed measured and family-friendly.

But few in 1996 could foresee the effect of that provision, known as Section 230. It helped create today’s digital landscape: a frightening, unregulated frontier dominated by a handful of titans that enable users to live-stream ISIS beheadings and murder rampages and to provide ongoing narratives of hate, propaganda, and incentivized violence in every society on earth. How could Congress have envisioned a world where nothing is too offensive when there are ads to sell?

How can we push for change? Let’s start with the obvious: Today’s social-media giants — Facebook and Twitter, chief among them — are media companies in every sense. They don’t (and never did) provide an Internet connection, as lawmakers in 1996 imagined. Instead, they aggregate and curate their users’ content, then package and direct it for the benefit of advertisers — precisely like every other legacy media company.  Their humongous ad revenue, worldwide Internet distribution, and consequence-free business models enable them to operate at a scale no legacy media company can compete with.

Outraged lawmakers have proposed a range of ideas to curb big tech’s outsized power. They’ve suggested regulations, special taxes, and installing privacy rules, and some have backed vague plans of creating an agency to moderate the endless tide of Internet postings. Unfortunately, the ideas proposed are so lacking in feasibility that social media’s violator-in-chief, Mark Zuckerberg, has even offered to help draft and push along a more sensible version of regulations for his industry — a cynical move on his part, intended to head off real change. Financial penalties are no solution, either. In July 2019, the Federal Trade Commission approved a $5 billion settlement with Facebook, the largest technology penalty in FTC history.  But the amount was so paltry compared to Facebook’s worth that it actually benefitted the company and its owners. Facebook’s stock soared on the news, resulting in Zuckerberg’s net worth growing by about $1 billion.

There’s a simple solution for this mess: Update the decades-old Communications Decency Act. Remove the legal impunity given to digital publishers who now base their business models on selling advertising. Require ad-supported companies, whether they work in print or digital, to operate under the same rules.

Ending impunity for digital advertising companies strikes at the root of big tech’s unfair advantage: its ability to leverage worldwide digital distribution, without legal or economic friction, and offer advertisers scale and market reach that traditional media cannot match. Facebook alone has more monthly users than the population of China; the typical metropolitan newspaper has about 100,000 readers. With its humongous size, Facebook gains access to the private information of billions of people. This private data allows advertisers and others, including foreign governments and despots, the power to manipulate and influence behavior based on a mind-boggling array of specific factors, from income to sexual orientation, political views to weekend shopping habits. One result: This year, the duopoly of Google and Facebook alone will grab a projected 61% of the world’s Internet advertising revenue  — a lopsided market dominance that strangles thousands of other digital competitors.

Removing impunity would present big tech companies with a juggernaut-ending dilemma: To avoid a sudden tsunami of libel lawsuits, they would need to moderate the posts of billions of users. Impossible? Sure, since they’ve already shown they can’t rely on algorithms, they’d have to hire costly human editors/monitors, lawyers, and managers — perhaps hundreds of thousands. At the same time, they would have to dramatically reduce their customer base — shrinking it from billions of users to millions — or at least to a level where humans could carry out the curation process that traditional media companies have been doing for decades. Since paying monitors and collapsing their user base would erode their unprecedented profit margins, they’d also need to raise advertising rates — likely to levels that would no longer allow them to undercut and drive legacy publishers out of business. It’s also important to note here that human-enacted monitoring at this scale could introduce a different type of risk — the potential for monitor bias during ongoing assessments of different types of speech. As we empty one can of worms, we may well be opening another. That’s a problem big tech has created as well.

From every angle of consideration, big tech’s challenge to solve for the unfair advantage still starts with ending impunity for ad sellers, and it is an easy bipartisan win. It’s also a narrow solution, easily understood, to an extensive and consequential problem. The only opposition to this proposal would likely come from big tech companies themselves as they seek to protect their profits. Dozens of D.C.-based policy groups and lobbyists who receive financial support from big tech companies will also oppose changes in the 23-year-old law. Many of these policy groups conflate the technology companies’ immunity provision with free speech. Their arguments fail to mention that free speech flourishes just fine at hundreds of thousands of ad-supported and ad-free media companies that don’t receive government protection. Free speech will continue to thive after we eliminate big tech’s special protections.

So, let’s deal with the problem. While its dimensions are unprecedented, merely updating the existing legislation can produce rapid change while impacting few others than the billionaire founders of big tech. Along with democracy, the real winners would be our communities and our culture, and the change would also reinvigorate thousands of essential media voices that have been stifled by big tech’s unfair advantage.