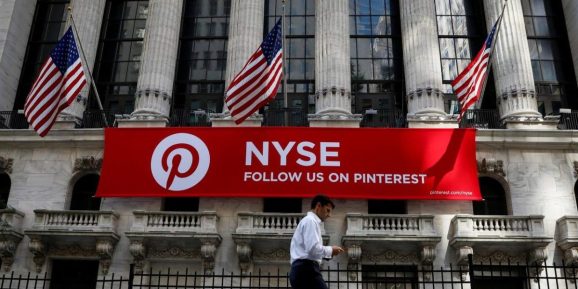 As scrutiny over social networks’ “black box” recommendation algorithms reaches a fever pitch, Facebook, YouTube, and others are introducing controls that promise greater customization and transparency over the content populating feeds. Today, Pinterest joined the club with new pin-level visibility settings options on the web and in its apps for Android, iOS, and Windows, complemented by a tool that highlights which boards, topics, accounts, and recent history contributed to its personalized board suggestions.

Pinterest said that in early testing, the new features reduced the number of content recommendation complaints by over 50%. That’s rather impressive, considering a recent survey conducted by the Pew Research Center found that only about 14% of respondents believed they had control over the content appearing in Facebook’s news feed.

“Pinterest is a place to discover and develop your taste, but as your interests change, Pinterest should evolve with you, too. In fact, one of our top Pinner requests is for more control over what they see in their home feed, and better ways to signal what they like and don’t like over time,” wrote Pinterest in a blog post. “For example, once a wedding, vacation or home remodel is complete, you can turn off recommendations. Or maybe you just want to search for Halloween ideas but not see them throughout your recommendations.”

Concretely, there’s a new tuner that shows a collated view of what’s contributing to home feed recommendations. Each input can be switched on or off, and users can choose to receive recommendations for secret boards that were previously excluded. As for the pin-level controls, those show individual explanations for the pins appearing in the feed and a shortcut to hide them or provide feedback.

On desktop, you’ll find the home feed tuner by clicking the “…” button and selecting Tune your home feed. On Android, it’s in the settings icon on your profile page and under Home Feed. And on iOS, you’ll see it in the Accounts Settings menu accessible from your profile settings. As for the pin-level controls, they’re surfaced by tapping the “…” under any pin.

They’re hand tools, but Pinterest’s motivations likely aren’t entirely philanthropic. According to estimates, 59% of millennials have discovered products on the platform, putting it on par with Instagram in that respect. And Oracle Data Cloud surveys reveal that Pinterest’s over 250 million monthly active users tend to spend 29% more while shopping than non-users. One would assume there’s a correlation between people happy with their feed’s content mix and those engaging with sponsored pins.

That’s no doubt why work continues on platform-agnostic tools designed to elucidate feed recommendations. Researchers at the Max Planck Institute for Informatics recently investigated a framework — Framework for Activity-Item Relationship Discovery, or FAIRY — that systematically discovers, ranks, and explains the connection between users’ actions and what appears in their social media feeds. In the future, the team plans to implement FAIRY as a browser plugin.

Last week, Pinterest accelerated the rollout of the emotional well-being exercises it introduced earlier in the year. The activities previously appeared only when someone searched for something indicating sadness or depression, like “stress relief” or “sad quotes,” but now a search for the hashtag “#pinterestwellbeing” (without quotes) launches them straightaway.