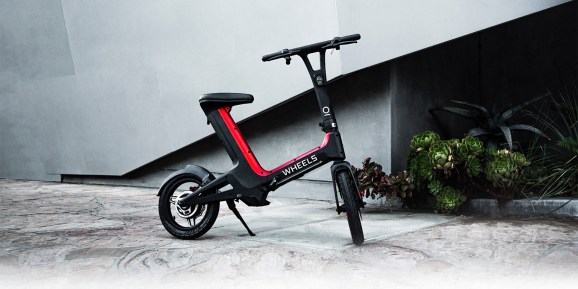 Wheels has raised a $50 million round of venture capital for its micromobility platform featuring electric vehicles that fall somewhere between scooters and bicycles.

Based in Los Angeles, the company has built an ebike, but with a minimal frame, narrow seat, and smaller wheels than most conventional dockless electric bikes. However, the company says its vehicles are a safer and more comfortable alternative to scooters, thanks to their seat design, thicker wheels, and lower center of gravity.

“Our dedication to safety and sustainability has been core to our mission from the start, and now it’s proving to be a major competitive differentiator within the market,” said Wheels CEO Joshua Viner in a statement.

This funding is the latest sign that the micromobility boom isn’t slowing. According to CB Insights, startups focused on bikes and scooters have raised more than $5.7 billion over the past four years.

This glut is led by U.S.-based Lime, which has raised $765 million, and Bird, with $548 million. The funding frenzy also includes a $60 million round Tier Mobility of Berlin raised last week.

Viner cofounded Wheels with his brother Jonathan to pursue an unorthodox style they hope will create a better business model. Critics have long chirped that most micromobility startups make no economic sense because the price of a ride doesn’t cover the the cost the ride plus capital expenditures, owing to the vehicles’ short lifespans.

Wheels is trying to address this issue with a modular design that allows it to more easily swap in replacement parts, as well as enabling occasional upgrades that extend the vehicle’s life. This design includes swappable batteries, which have lower replacement and maintenance costs.

The latest round was led by DBL Partners and includes a strategic investment from TDK Ventures, the corporate VC wing of TDK Corporation, which makes sensors and other electronic components. Wheels says it will use the funding to expand across the U.S. and into international markets.