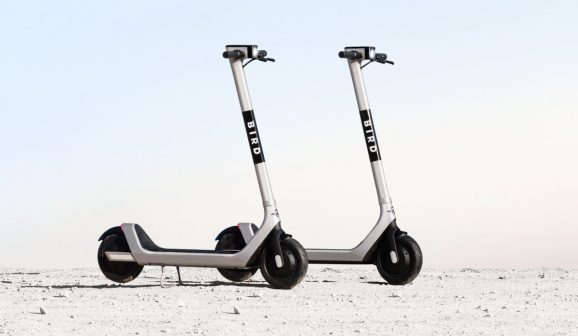 Santa Monica, California-based mobility startup Bird today announced a mammoth series D fundraising round that values the company at $2.5 billion, up from $2 billion in January. (Bird has the distinction of being the fastest company to reach $1 billion.) CDPQ and Sequoia together contributed $275 million, building on a $158 million series C last June, a $100 million series B in March 2018, and a $15 million series A in October 2017. Previous and existing investors include Accel and B Capital, in addition to CRV, Sound Ventures, Greycroft, e.ventures, Craft Ventures, Index Ventures, Valor, Goldcrest Capital, Tusk Ventures, and Upfront Ventures.

This latest round follows on the heels of Bird’s roughly $25 million acquisition of electric scooter and bike operator Scoot Networks, which enabled it to operate in San Francisco. More recently, Bird announced the Bird Two, a $1,299 e-scooter architected with “industry-leading” battery life. That came after the Bird Cruiser, a miniature motorbike featuring a padded seat that can accommodate up to two riders. And both of those unveilings came after the launch of Bird’s monthly rental program, which for $25 allows customers in selected cities unlimited rides on a personal scooter.

“Nearly a year ago, we recognized that the world was changing. Gone are the days when top-line growth was the leading KPI for emerging companies,” wrote Bird founder and CEO Travis VanderZanden, who founded Bird with fellow Lyft and Uber veterans in 2017. “Positive unit economics is the new goal line. As a result, we pivoted from growth to unit economics as the top priority for the company. Now with the best unit economics in the industry, new Bird investors such as CDPQ see that we are paving the road for a long term sustainable and healthy business.”

Bird’s customer experience is much like that of its competitors Lime, Spin, and Skip. Using an app, users rent a scooter for $1, plus a per-minute charge of 15 cents to 20 cents depending on the city. After their trip ends, the wheels lock, and a team of gig economy workers collects and recharges the scooters before re-docking them. (Half the revenue from each Bird trip goes to these “chargers.”)

It’s a simple enough business model in theory, but the execution of it hasn’t exactly been flawless. As of November 2018, Bird’s paid nearly half a million dollars in fines and court fees and had hundreds of its scooters seized. Still, in the two years since its founding, the startup’s managed to expand its scooter network to over 120 cities and facilitate more than 10 million rides.

In a bid to bolster its profits, Bird said in May that it would outsource its ridesharing business to entrepreneurs outside the U.S. and Europe. Franchisees like Bird Canada purchase escooters preinstalled with Bird Brain, a custom software solution designed to simplify fleet and staff management, along with products and technology from Bird. The franchisees cover associated maintenance costs but receive technical support and advice from Bird’s operations team, and in exchange, Bird takes a 20% cut of each trip fare.

As The Verge and other publications have noted, Bird’s pivot toward a decentralized model comes as the company struggles to achieve profitability in a cutthroat industry. A recent piece published by Quartz found that Bird escooters in Louisville, Kentucky complete an average of 70 trips over 85 miles and have a lifespan of 23 days. VanderZanden has previously said that Bird’s escooters will need to last at least six months for the company to break even.

Bird lost nearly $100 million in the first quarter of 2019 as its gross revenue shrank to $15 million, according to The Information, down from $40 million in the previous quarter. Bird reportedly told investors in July that it was averaging $3.65 per ride and had 19% gross margins, and it asserted that it was on its way to reducing costs per scooter from $551 to $360.

Bird has myriad competitors, but its chief rival might be the aforementioned Lime, which has raised $765 million to date.

San Francisco-based Spin was snapped up by Ford for a reported $100 million last year. Meanwhile, Jump Bikes raked in $10 million last January before it was acquired by Uber in April and expanded into electric scooters. Y Combinator-backed Skip raised $31 million to establish a foothold in San Diego, Austin, Washington D.C., and San Francisco. Dutch startup Dott recently secured $23 million for its fleet of electric scooters and bikes. Sweden’s Voi raised $50 million to expand its electric scooters to more cities across Europe. And Beijing-based Ofo brought in over $2.2 billion to deploy its bicycle and scooter fleet to over 250 cities and 20 countries.

Bird has the benefit of broader domestic geographic reach, though. It’s currently in dozens of markets in the U.S., including in Santa Monica, where it’s headquartered, as well as Austin, Baltimore, Dallas, Detroit, San Diego, Washington D.C., and Paris.

“We make investment decisions based on long-term fundamentals, such as unit economics and the ability to build a path to profitability,” said CDPQ senior managing director Jeffrey Smith. “The foundation upon which the team at Bird continues building fits directly within our investment principles while also complementing our commitment to investing in technologies focused on taking climate action and de-carbonizing the planet. We look forward to partnering with Bird as they continue to build a sustainable business and provide innovative micro-mobility solutions that make cities more livable.”