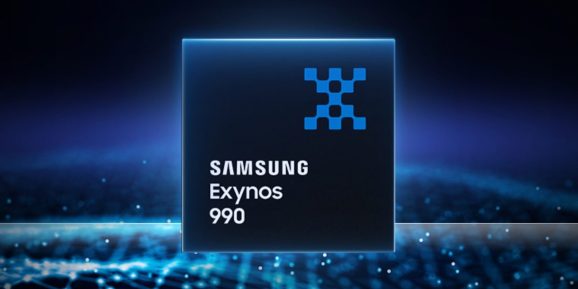 Just last month, Samsung introduced the Exynos 980 system-on-chip (SoC), combining a CPU, GPU, and 5G modem onto a single energy-efficient die for midrange to premium phones. Now the company is announcing a “premium” alternative named Exynos 990, alongside a separate new modem called the 5G Exynos Modem 5123 — components that could wind up in some of next year’s Galaxy S11 series phones.

The 5G Exynos Modem 5123 is noteworthy because it includes support for both sub-6GHz and millimeter wave 5G networks, plus legacy support for 2G, 3G, and 4G networks. Under ideal circumstances — using ultra-dense 1024-QAM signal encoding — it can wring up to 3Gbps download speeds out of compatible 4G networks, while 8-carrier aggregation enables 5.1Gbps peak speeds on sub-6GHz 5G networks, or 7.35Gbps from mmWave 5G. While most users won’t connect to 4G networks with those sorts of speeds, they’ll likely be able to enjoy Gigabit-plus downloads on 5G towers.

Built on the latest 7-nanometer process rather than the 980’s older 8-nanometer technology, the Exynos 990 is more powerful but lacks integrated 5G functionality. While preserving the basic octa-core design, Samsung has shifted from the 980’s twin Arm Cortex-A77s and six Cortex-A55s to two unnamed but “powerful custom cores,” two high-performance Cortex-A76 cores, and four power-efficient Cortex-A55s. On the graphics front, Samsung has upgraded from a Mali-G76 to a Valhall-based Mali-G77 GPU, offering either a 20% boost in graphics performance or power efficiency, as developers prefer.

The Exynos 990’s AI performance is claimed to be “top-class,” though Samsung isn’t making many direct numerical comparisons to the 980’s neural processor. The company says the dual-core neural processing unit and improved DSP can “perform over 10 trillion operations per second,” which might surpass Apple’s A13 Bionic neural engine by a factor of two — assuming the numbers aren’t being combined in an incomparable way. Samsung also touts an image signal processor that can concurrently process data from three image sensors while handling up to six in total, with up to 108-megapixel resolution support.

When the Exynos 990 and Modem 5123 work together, the modem’s impressive top speeds are supported by LPDDR5 data rates of up to 5.5Gbps, matching the company’s latest 12Gb DRAM chips. There’s also a 120Hz refresh-rate display driver, akin to the ProMotion speeds offered by Apple’s iPad Pro (but not iPhone 11 Pro) screens. Samsung expects that the new display driver will improve animations and reduce screen tearing on multi-display screens, including foldable phones.

Both of the new chips are going into mass production by the end of 2019, which means they could well be ready in time for next year’s premium Samsung phones, such as certain models of the Galaxy S11, though the company hasn’t specified its consumer intentions for either chip yet. Samsung historically uses its own SoCs and modems in phones shipped in certain markets, while relying on comparably equipped Qualcomm Snapdragon chips for the U.S. and other markets. The new Exynos modem’s millimeter wave support may enable new Galaxy phones to work in the U.S., where the higher-speed, shorter-distance cellular technology is at the core of most early 5G networks. Or Samsung may opt for an upcoming Snapdragon SoC with an integrated 5G modem for greater power savings.