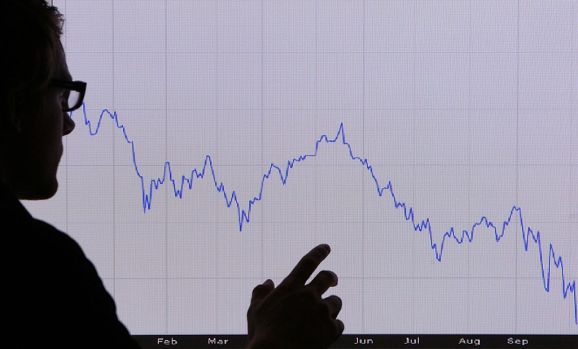 My biggest takeaway from the process of raising money for my last software company, and eventually selling it, was this: The further up you get in the capital ladder, the more investors focus on profitability and unit economics.

Angel investors were mostly interested in my background, along with my startup’s market opportunity and top line growth potential. VCs wanted to make sure that the business was well-positioned to scale. When it came time to sell, private equity firms wanted to see a clear path to profitability, low churn, and very clear unit economics.

Watching the WeWork story unfold, it appeared the investor chain I had become familiar with over 15 years had gone missing. Shareholders from Softbank to Google to Wellington seemed to abandon their investing principles, adopting instead a seemingly blind faith in the company’s top line growth. The icing on the cake was Sofbank’s offer to pay WeWork’s embattled former CEO a nine-figure sum for consulting services, on top of buying back $1 billion of his shares and offering him a $500 million loan for his debts. This feels like a Twilight Zone outcome that entrepreneurs who burn through billions in venture capital dollars can only dream of.

My hope is that entrepreneurs’ main takeaway from WeWork’s story is not that investors will reward CEOs making questionable business decisions with billion-dollar payouts. Instead, investors and startups alike should pause to consider a few lessons about tech startup unit economics from WeWork’s IPO fallout:

Startups often see it in their best interest to call themselves “tech.” “Tech” scales. “Tech” is sexy. “Tech” opens the door to a larger pool of potential customers and investors and sky-high valuations.

Just about every company under the sun uses some tech to operate these days. But when deciding whether a company is truly a tech company, the question to ask is, “Does the tech allow the startup in question to achieve the incredible unit economics that come with tech products?” Remember, tech companies see premium valuations because tech products and services can be scaled for relatively low costs.

Consider a company that makes software-as-a-service for businesses and sells the software on a $20-per-month subscription basis. Each new customer might cost the company an extra few dollars per month in computing costs and next to nothing in human labor costs. Tech unit economics are simply incredible.

In the case of WeWork’s tech, the company does have an app that lets people book conference rooms and connect with the network of other WeWork members. Like many other startups, it also uses a variety of tech to run all aspects of its business — operations, finance, community management, and HR. But the core of the company’s business is leasing commercial real estate, converting it into coworking space, and renting out that coworking space at a profit. This yields a far smaller gross margin than a classic tech business.

There are other publicly-traded companies doing the same thing, like IWG PLC (formerly Regus), that don’t get the valuation premium WeWork was looking for because the margins associated with subleasing businesses are slim at best. Unless WeWork changes its business focus entirely, SoftBank will only be able to do so much to improve the company’s unit economics.

2. Great top-line growth should never be an excuse for chronically poor unit economics

As a tech startup, it’s not enough just to have a great growth rate. If you’re buying customers with VC marketing dollars and then losing money when customers buy your product, that’s just not a good business.

Venture capital has its place to help tech startups build a product or service and market that product or service to the right audience. Early on, it might even be appropriate for a startup to lose money on each sale (for instance, if a hardware company plans on reducing production costs as it scales). But the savviest investors are able to see the difference between companies that might have poor unit economics in the short term, and companies that will have chronic unit economics issues.

Looking beyond WeWork, Uber is another example of baffling unit economics, and its stock price reflects this. Every time I climb into the back seat of an Uber, the company loses money. I appreciate Uber subsidizing my rides, but I’m not buying its stock.

3. The threat of a recession will not kill a tech startup if its unit economics are sound

I’ve heard some arguments that WeWork’s misfortunes are the result of bad timing. In other words, WeWork would have had a successful IPO if there was a general sense of economic optimism for 2020 and 2021, as opposed to the looming threat of a recession.

I’d argue that most of WeWork’s problems have little to do with timing. The company’s unit economics didn’t uphold its premium valuation. I heard similar “bad timing” excuses when Regus had to file Chapter 11 in the last recession, which is just more evidence that investors are comparing WeWork to its publicly-traded cousin.

If your startup makes a “tech” margin on each product it sells and there is a recession, your startup may make less money. But at the end of the day, if the unit economics are sound, management does their job, and plenty of clients stick around, a recession should not push your business to the brink.

As a startup founder, you need to have the ability to both sell a vision and build a business that will generate profit at scale. Adam Neumann almost defied the odds by taking vision alone to the brink of an IPO. If WeWork had achieved unit economics similar to what we typically expect of a tech company, the events of the past few weeks would have likely played out differently. Instead, WeWork provides a poignant reminder that even if you are able to woo investors, sound unit economics are essential for a business’s long-term success.

David Friedman has more than 15 years of experience starting and leading technology companies in the real estate industry. He co-founded Knox Financial in 2018 to turn rental property ownership into a hands-off financial product. Prior to Knox, he founded Boston Logic, a real estate marketing software company, and served as the company’s CEO for more than a decade. He sold Boston Logic in 2016, which now operates under the name Propertybase. The company has made 5 acquisitions, has operations on 3 continents, and serves clients in over 60 countries.