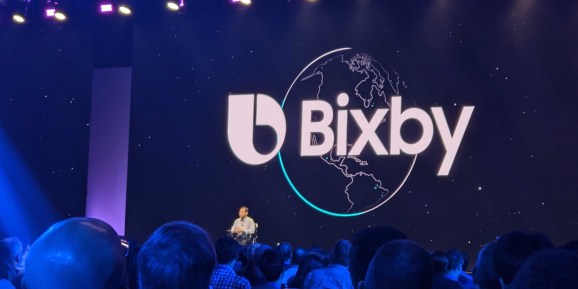 Samsung’s Bixby is getting a range of upgrades today, including Bixby Templates for easier creation of voice apps and Bixby Views for voice apps to work on visual surfaces like televisions, smart watches, tablets, and the Smart Hub refrigerator.

Voice app developers in categories like news, navigation, or ridesharing can also register their app in Natural Language Categories, a way for Bixby to recommend a voice app based on user needs if you simply say “I need a ride” rather than asking for a specific capsule by name.

The news was shared at the Samsung Developer Conference (SDC) today at the McEnery Convention Center in San Jose, California. Samsung also introduced One UI 2 for mobile app developers and plans in 2020 for hardware manufacturers to create SmartThings-compatible devices.

“With this, you can create a capsule from any table filled with data,” Viv Labs VP of engineering Adam Cheyer said onstage.

To compete with Alexa skills and Google Assistant actions, Samsung launched the Bixby Marketplace for capsule voice app for users in the U.S. and South Korea in July. In other updates for Samsung’s AI assistant this year, while introducing the S10 in February, Samsung launched Bixby Routines, a way for the AI assistant to learn your habits and anticipate your needs.

In another developer update a day before the conference, Samsung introduced the Blockchain Platform SDK to enable the creation of cryptocurrency wallets and decentralized apps that use blockchain.