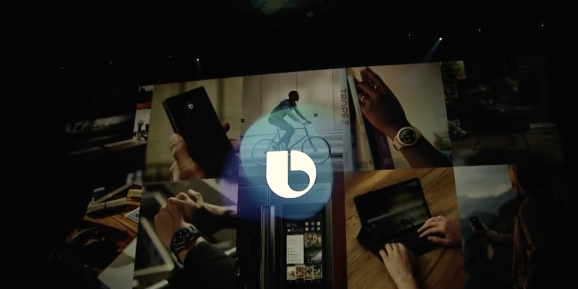 Samsung’s Bixby assistant won’t be the reason you buy (or don’t buy) your next Samsung-manufactured smartphone, smart refrigerator, smart router, or smart speaker. And Samsung is finally coming to terms with that.

This was the implicit thread underlying the 2019 Samsung Developer Conference (SDC), which kicked off in earnest on Tuesday at the San Jose Convention Center. Unlike last year, when Samsung announced new languages for Bixby (German, French, Italian, and Spanish), plus Bixby Marketplace for third-party voice apps, this year’s enhancements were on the whole understated.

Bixby Templates and Bixby Views make it easier for developers to create capsules (apps, in Samsung’s vernacular) across a range of devices, while Natural Language Categories enable Bixby to recommend apps by context instead of name. But two keynotes came and went without so much as a mention of the Galaxy Home, a Bixby-powered smart speaker that Samsung announced last August alongside the Galaxy Note9. Meanwhile, Galaxy Home Mini, its sibling clandestinely undergoing beta testing in South Korea, only briefly broke cover at a device demo wall.

The writing has been on the wall for a while: Bixby doesn’t stand much of a chance against incumbents like Google Assistant, Amazon’s Alexa, Apple’s Siri, and Microsoft’s Cortana. According to a survey conducted last year, only 4% of U.S. adults said they used Bixby on their smartphone, compared with 44% who used Siri and 30% who used Google Assistant. And in the absence of the Galaxy Home and Galaxy Home Mini, companies like Amazon, Google, and even Alibaba have cornered the smart speaker market, with 24.5%, 17.7%, and 32.3% Q2 2019 market share, respectively.

In something of an acknowledgment of Bixby’s second-class status, Samsung quietly replaced Bixby Home — a page on Galaxy phones that shows reminders, news, and weather — with a lookalike dubbed Samsung Daily in its upcoming One UI 2.0 Android skin. After years of fighting community efforts to enable remapping of the Bixby button on its handsets, Samsung caved and provided an official means of doing so. And perhaps most telling of all, the Note10 lacks a button altogether.

Just because Bixby is ceding the spotlight doesn’t mean it won’t be waiting in the wings, of course. Samsung often points out that the more than 500 million appliances, smart TVs, phones, tablets, and more it sells globally each year are technically “Bixby-ready,” meaning they’re either compatible with Bixby or natively run the assistant. And this week Samsung announced at SDC that Bixby is available on 160 million devices around the world.

It’s not difficult to imagine a future in which Samsung follows in Microsoft’s footsteps, opting to integrate Bixby with another platform in the pursuit of wider engagement. By way of a refresher, Microsoft CEO Satya Nadella and Amazon CEO Jeff Bezos two years ago announced that Alexa users would be able to invoke Cortana (and vice versa) across devices courtesy of a newly established partnership.

For now, though, Samsung appears content to let things take their course — even if that means allowing Bixby to fade from the foreground.

As always, if you come across a story that merits coverage, send news tips to Khari Johnson and Kyle Wiggers — and be sure to bookmark our AI Channel and subscribe to the AI Weekly newsletter.