Adobe’s annual developer conference Adobe Max is underway in Los Angeles, and though the company is offering its standard collection of small feature additions to its existing Creative Cloud apps for PCs and Macs, it’s also placing some fairly big bets on new apps for Apple’s iPad tablets. This year, Adobe is launching the AR authoring app Aero, vector drawing app Illustrator, and image editor Photoshop for iPads, as well as a more robust iOS and iPad version of its collaborative design platform Adobe XD.

Originally announced in October 2018, Aero is designed to simplify the process of creating augmented reality content for mobile devices, turning art, photos, and videos into floating digital layers within real-world scenes. Instead of requiring creators to learn coding skills or use a 3D graphics engine such as Unity, Aero leverages an iOS device’s integrated scene-mapping tools to identify actual surfaces and objects, then adds still or moving elements to create interactive experiences. 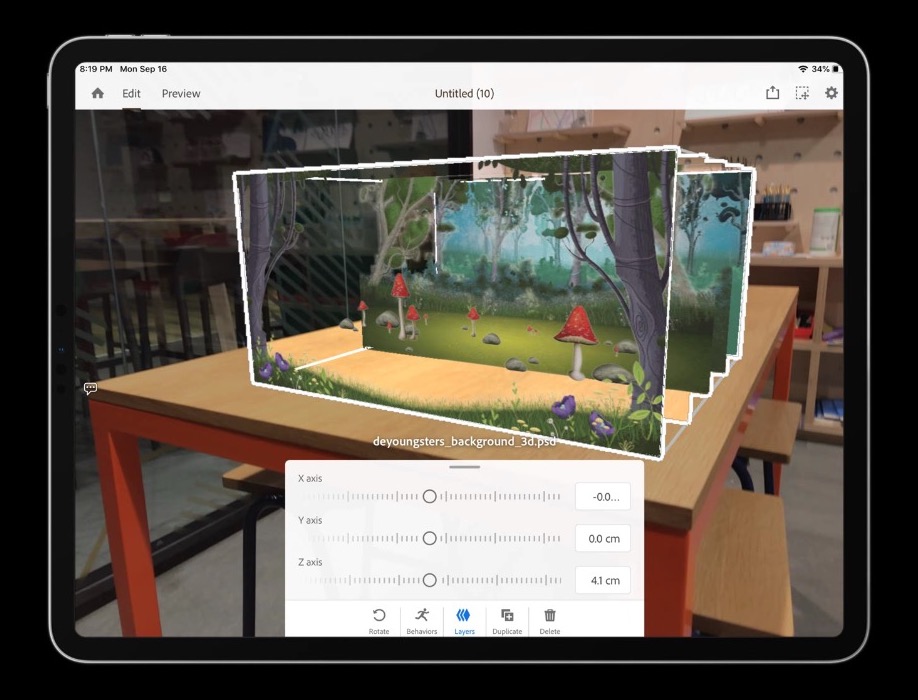 Above: Aero for iPadOS.

As an example, a creator might use Aero to create an experience that automatically surfaces a virtual product brochure and pair of sneakers when the device identifies a certain shoebox. Aero can use input files created with Adobe’s Photoshop, Illustrator, and Dimension, and create outputs that run on multiple devices. It’s free now for iOS and iPadOS users, and will be available in private desktop beta form at Adobe Max.

Adobe is also using Max to officially announce Illustrator for iPad, a version of the classic vector drawing and graphic design app that’s been “reimagined… for the mobile age.” While the company isn’t billing the tablet version of Illustrator as either “full” or “real” compared with the desktop app, it will include the core tools designers expect for creating and editing vectors, along with new “Snappy Pencil” and “Radial Repeat” tools that are optimized for quick iPad drawing and coloring. 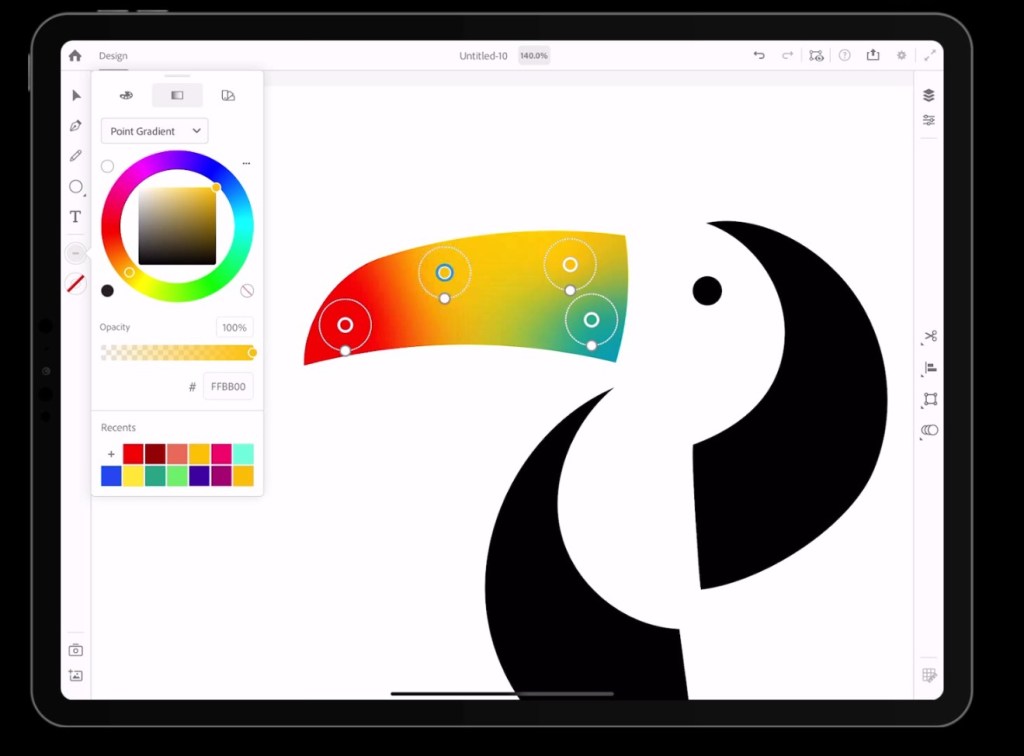 Above: Illustrator for iPad.

A pre-event live demonstration of Illustrator showed a handful of simple selection, drawing, shape, coloring, and text tools, all easily accessed using an Apple Pencil on an iPad’s screen. An artist turned hand-drawn sketches of toucans imported as a photograph into vector-based art with some simple taps and point edits, adding radial gradients of color and text with little effort. Illustrator will be offered as a public beta for iPadOS at this year’s Adobe Max, and officially released in 2020.

Adobe’s long-gestating Photoshop for iPad is also arriving at Max, coming out of beta into a somewhat limited 1.0 public release. On a positive note, the completely rebuilt tablet app does share enough visual and functional cues with the PC and Mac desktop version to qualify as a younger sibling; it includes proper PSD and layer support for working with classic Photoshop files, plus full Apple Pencil support to make drawing, editing, and selecting precise on the tablet’s screen. 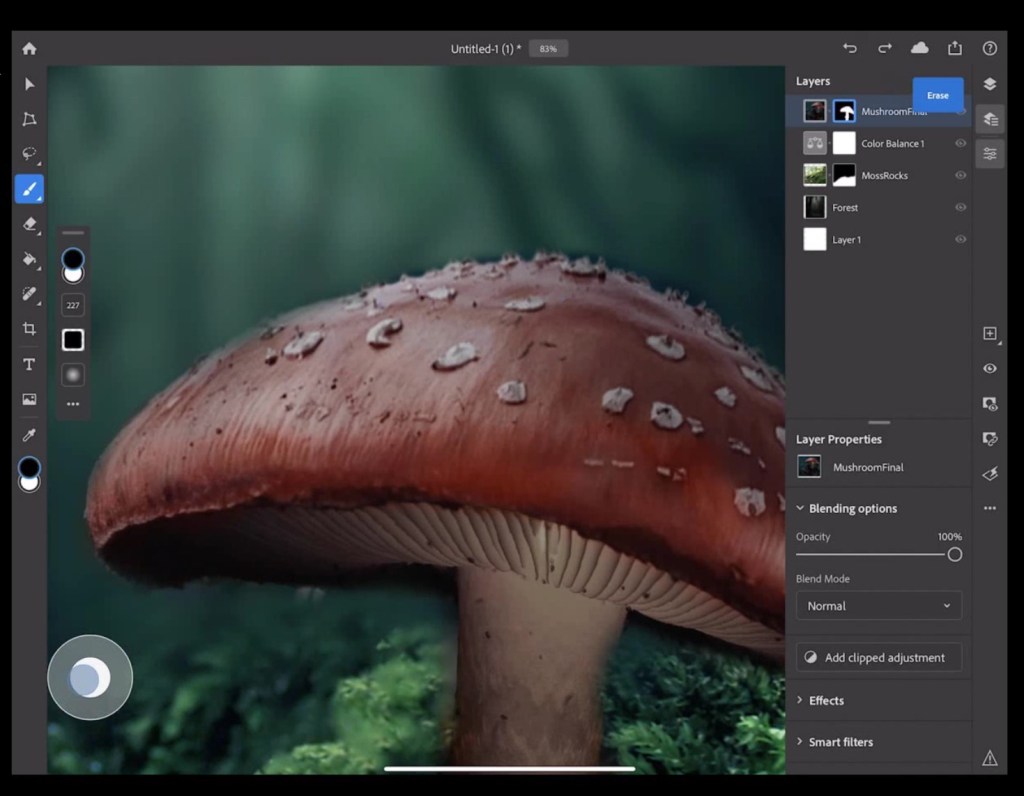 Above: Photoshop for iPad.

The bummer is that even after extended development, Photoshop for iPad isn’t really “full Photoshop” quite yet. For now, users get access to “core image compositing and photo editing tools for most retouching workflows,” including most of the healing, cropping, erasing, filling, painting, and selection tools Adobe’s desktop app has become famous for. But Adobe says that some of the finer features, such as refining the edges of automatic selections for more pixel-perfect results, aren’t coming until later point releases.

Adobe is also promising updates across many of its other apps during Max, including an iOS and iPadOS-ready version of the group design app Adobe XD that will expand from prior previewing to allow live coediting between teams, emphasizing speed and efficiency. The desktop version of Photoshop will see improvements to its content-aware filling feature, and other Creative Cloud apps will each get individual tweaks to keep subscribers feeling like they’re getting some value from their annual payments. We’ll have more to share from Max as it continues on this week. 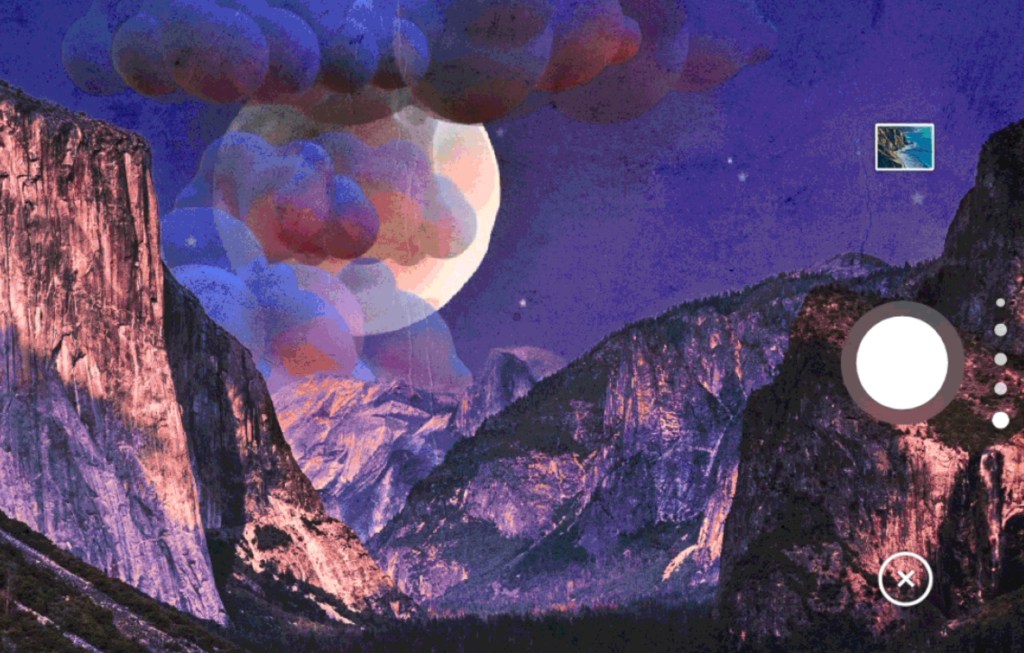 Updated at 7:25 a.m. Pacific: Amongst dozens of other announcements today, Adobe also revealed a limited, invite-only preview of Photoshop Camera — a free iOS and Android app that will use its AI platform Sensei to automatically suggest edits and image filters based on identified subjects in the viewfinder. Adobe is partnering with artists and musicians such as Billie Eilish for the filters, as well as giving users the ability to create their own filters. Photoshop Camera is planned for general availability at some point in 2020.