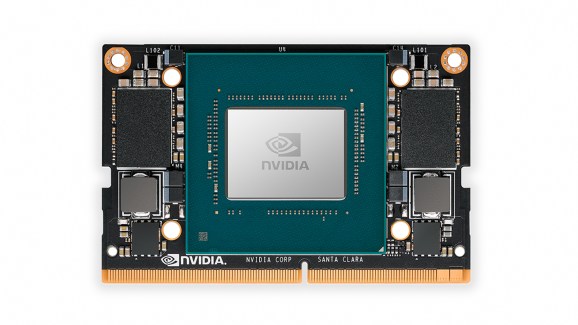 Nvidia today unveiled the Jetson Xavier NX, a module for training and deploying AI systems on edge devices like drones, cars, and robots. The Xavier NX is about the size of a credit card and can achieve 21 TOPS (tera operations per second) for AI workloads while consuming as little as 10 watts of power.

The Xavier NX will retail for $399 and be available in March.

“We’ve taken Xavier and tuned it for extremely high performance but in a very targeted power budget of 10 to 15 watts, which is really important for a lot of the segments of the autonomous and robotics embedded world,” Nvidia VP Deepu Talla said in a briefing before its release.

The scheduled release of the Xavier NX this spring follows the release of the AGX Xavier module last winter  and the debut of the Jetson Nano last spring.