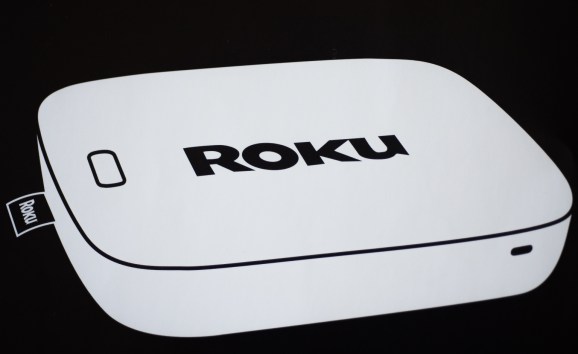 On Wednesday Roku announced what by all accounts were positive results for the third quarter. Active accounts were up by nearly 2 million, cresting 32 million; the company beat revenue projections by more than $4 million, hauling in $261 million; and it delivered a loss of 22 cents per share, again beating analyst estimates of a loss of 28 cents. Roku did all of this while driving average revenue per user from $21.06 in the prior quarter to $22.58. It even raised its full year guidance, reporting an expected $1.1 billion in revenue for the full year.

Despite this solid performance, the stock got hammered in after-hours trading and ultimately opened down by as much as 17% in the first hour of trading today, apparently the latest forced sacrifice on the investor altar — Tom Forte of DA Davidson and Co. called it a “victim of investor sentiment”.

As the streaming wars heat up, it is clear consumers are not the only ones both overwhelmed and confused by the choices emerging between the likes of Amazon, Netflix, Disney, Comcast, Hulu, CBS, and, yes, Roku.

While it may be tempting to lump all of these players together, they are competing in different ways, and Roku stands singularly apart as the one company positioned to benefit as each and every new player enters the market and each new streaming subscription is added.

Rather than pay billions of dollars to try and out-produce Netflix, Disney, or Apple in original content, Roku sits in the enviable position today of being the top distribution platform for all of this content. More than 60% of US households today own a smart television, and Roku is dominating that market — one out of every three smart televisions uses the Roku operating system. Where the other major streaming players are waging a $20 billion content war, Roku has systematically positioned itself to win the battle for the connected living room, benefiting from the large amounts of money being spent by the content creators.

While the distribution platform is a key pillar in the Roku business, it is only one of several levers the company has at its disposal. By far the biggest is the platform business, which makes up the lion’s share of the business and grew 79% year over year in Q3, topping out at $179 million.

Roku has the unique position in the market as the platform on which all of connected television streaming content is available for advertising. The company has done an incredible job leveraging its access to first party data to create a compelling and highly effective advertising business. There is $70 billion spent today on TV ads in the US, and only 5% of that goes to streaming services. This happens despite the fact that more than 30% of people claim they no longer watch any live TV. As more and more users migrate away from traditional television, advertising dollars will follow. And Roku has positioned itself to be a key benefactor of that shift.

Roku’s model enables the company to sell advertising for its own Roku channel as well as for the more than 1,000 apps available within the Roku ecosystem. The value behind the Roku data is compelling. The first party data it has access to means it can deliver the same advertiser ROI with half the ad load for consumers.

In addition to direct ad sales, Roku also serves as a discovery and subscription platform for all the other content platforms like Apple TV+, HBO, and Disney. With the click of a button, Roku users can seamlessly and quickly add a subscription to their televisions, and in the process Roku is served up a share of the subscription revenue.

The Roku model is a rare one where everyone wins: Consumers get access to content on the streaming platform of their choice, and they see significantly less advertising than on traditional TV; marketers can tap into streaming video and reach the cord cutters who have abandoned live TV; and content creators are making real money through the Roku ecosystem.

It seems many analysts and investors are too blinded by the harsh struggle among the various participants in the streaming wars to see that Roku is flourishing in a relative position of calm. The Street’s reaction seems to stem almost entirely from the company’s reduced outlook on profitability as they target $30 million rather than the $35 million analysts had come to expect. Although Roku made it clear this decision was about reinvesting to sustain growth, investors did not seem to care much, taking a billion dollar haircut to the company in the first hours of trading. The stock had been one of the best performing of the year — up more than 400% since January, signaling this may simply be a correction addressing sky-high valuation rather than any deeper concerns about the business.

At the end of the day, Roku is a technology company on the bleeding edge of the connected television revolution — a revolution it is helping to drive. Directing investments back into the platform to sustain and strengthen the growth numbers that matter — user growth, which was up by 2 million; average revenue per user, which was up 7%; overall engagement, which topped more than 10 billion hours; and the growth of its platform business, which grew by more than half — is what will enable the company not just to survive the streaming wars but to emerge as one of the key enablers of the future of television.