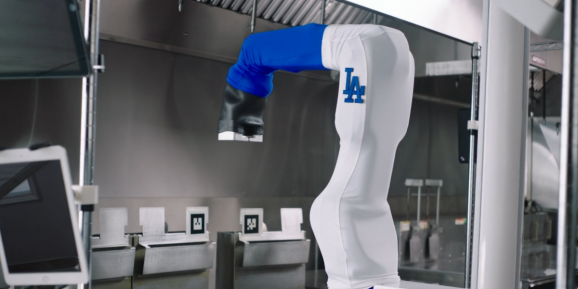 Pasadena, California-based Miso Robotics is pursuing an unconventional approach to fundraising. The robotics company announced that instead of securing a tranche from institutional investors, as is typical for young startups, it will kick off an equity crowdfunding round targeting $30 million, in collaboration with Circle’s SeedInvest and Wavemaker Labs. Reservations opened this morning.

For the uninitiated, equity crowdfunding — sometimes referred to as crowd-investing, investment crowdfunding, or crowd equity — enables backers to contribute funding in return for ownership of a small piece of a company. The value of shares go up or down with the company’s fortunes.

CEO Buck Jordan says this approach gives people an opportunity to “have a personal stake” in the fast-moving AI, automation, and robotics industry. “We are thrilled to provide a new window of access into an innovative world,” added Jordan. “We’re excited to bring fans along on our next journey and venture toward growth.”

Miso Robotics‘ work is principally in the food service industry, where its marquee robot — Flippy — will soon flip burgers at more than 50 CaliBurger locations globally. (It has so far been deployed at Dodger Stadium in Los Angeles, Chase Field in Phoenix, and CaliBurger locations in Pasadena and will soon land in Fort Meyers, Florida.) Flippy is able to serve up to 300 burgers an hour (plus fried chicken and tater tots), thanks to a combination of cameras, safety scanners, and Miso AI, the company’s eponymous cloud-based platform, which alerts nearby human workers when orders are ready to be served. 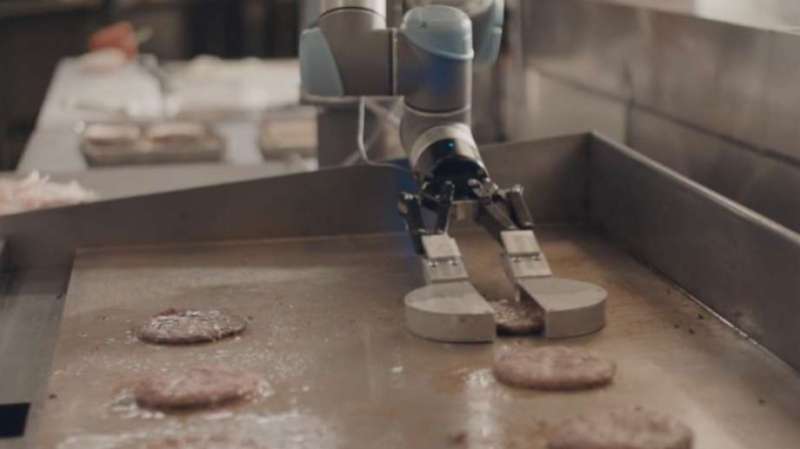 Above: Flippy preparing burgers at a Caliburger location in Pasadena.

Flippy can take on tasks like scraping grills, draining excess fry oil, and skimming oil between frying, and it can switch between tools — like a spatula for raw meat and another for cooked meat. Thanks to the aforementioned cameras, it can recognize and monitor items like baskets and burger patties in real time. It also integrates with point-of-sales systems (via Miso AI) to route orders automatically and optimize which tasks to perform.

To date, Miso Robotics — whose team hails from Caltech, Cornell, MIT, Carnegie Mellon, Art Center, and the University of South Carolina at Chapel Hill — has raised around $15 million in earlier funding rounds from investors that include parent company CaliGroup, MAG Ventures, Acacia Research Corporation, Levy, and OpenTable CTO Joseph Essas. More recently, it nabbed an investment of $11 million from CaliGroup.

Flippy isn’t the only autonomous chef in town, of course.

San Francisco pizza chain Zume Pizza employs a fleet of robots — including one that takes just nine seconds to press dough into a perfect circle — to prepare fresh pies for customers. Creator (formerly Momentum Machines), a relatively new burger chain, preps meals with the help of 350 sensors and 20 microcomputers. And Boston restaurant Spyce has a semiautonomous kitchen to craft vegetarian, vegan, and pescatarian meals in three minutes or less.

Even retail giant Alibaba is getting in on the automated restaurant trend. Earlier this year, it opened a robot-staffed restaurant in Hema supermarkets in Shanghai that uses apps, QR codes, and an AI-powered platform to reduce wait times.