Luko, a France-based insurance tech startup that’s using sensors, data, and machine learning to circumvent the need to make a claim in the first place, has raised €20 million ($22 million) in a series A round of funding led by Silicon Valley VC heavyweight Accel, with participation from Peter Thiel’s Founders Fund and Europe’s Speedinvest.

Founded out of Paris in 2016, Luko offers a similar proposition to other modern, mobile-focused insurance companies such as New York-based Lemonade, insofar it promises to provide quick coverage with minimal friction. The company said that it takes just two minutes to secure coverage, two hours to receive payment for a claim, and two days for any damage to be repaired.

But the company is going further than that, by trying to detect issues before they escalate — Luko is pitching its product as a means to move away from a “reactive” claims-based model to one of prevention.

“This is the first step to our true endgame — avoiding home accidents altogether,” Luko cofounder and CEO Raphael Vullierme said. “We believe the future of homecare is in effectively protecting homes, and this investment will help us get there faster.” 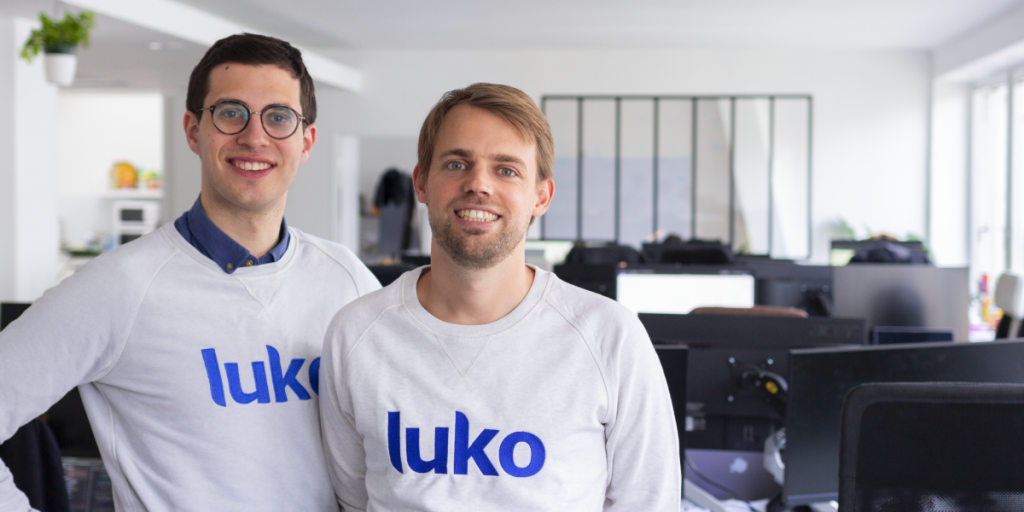 There is at least one more similarity between Luko and its well-funded U.S. rival Lemonade, and that lies in its business model. Luko charges a flat fee, starting at €5 ($5.50) per month, which it uses to manage the claims process, cover operational costs, and pay out claims. If there is any money left at the end of the year, Luko said that it donates it to charities chosen by its customers through its giveback program.

Luko offers three tracking sensors, which are free and completely optional for insurees. One of these attaches to the customer’s front door, another to their electricity meter, and the third to their main water pipe. For context, water damage caused by leaking pipes is one of the leading causes of insurance claims, particularly in apartment buildings. 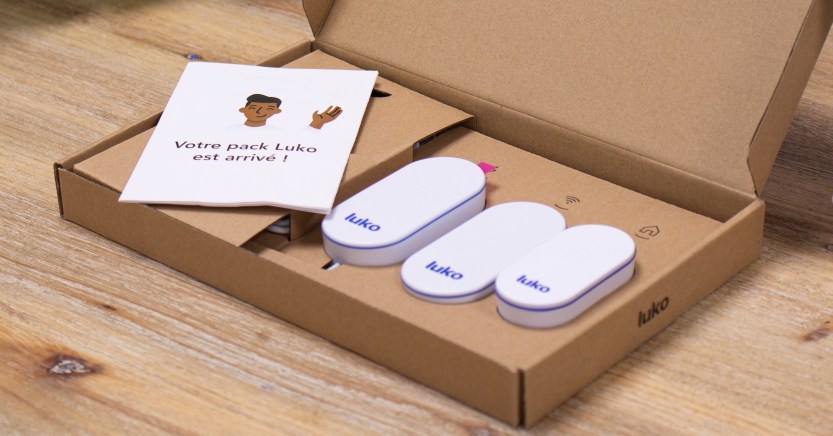 The sensor on the electricity meter, while also useful for tracking energy consumption, can send alerts to the user if it detects that a particularly power-hungry device has been left turned on for longer than usual.

Or the door sensor may issue an alert if it moves at an unusual time of day, or if it detects that the user has forgotten to close the door. 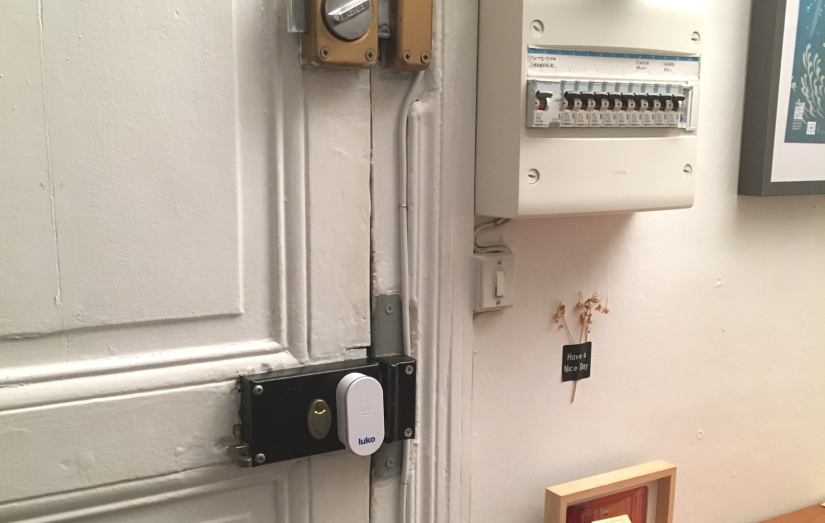 All this data can be accessed through the Luko app, alongside a weekly report that shows key incidents and summaries. 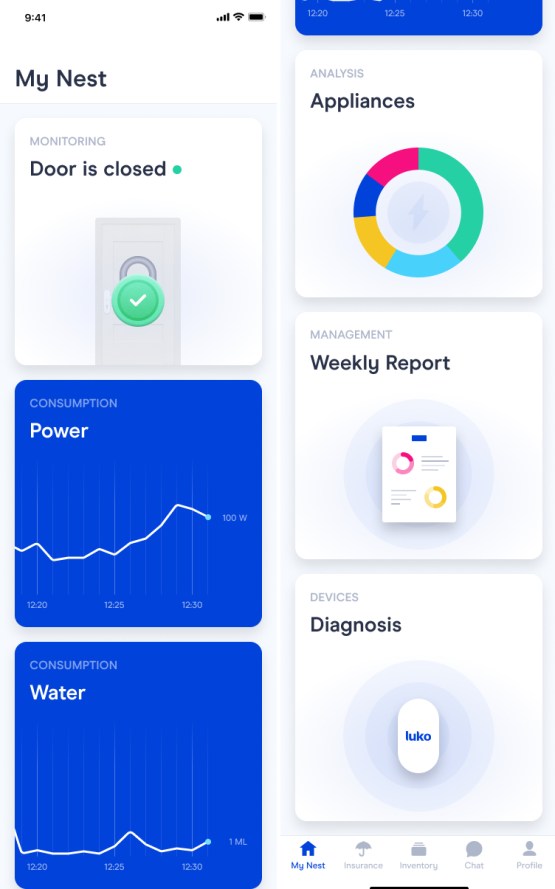 While these sensors are designed to help prevent accidents, the company insists that its insurance prices are not based on this data. “They only help the insuree protect their home,” Vullierme told VentureBeat.

In terms of the machine learning facet of Luko’s platform, the company said that it collects and analyzes data in a number of ways. For example, the company said that it trained its door sensor algorithm to recognize when a door is open, closed, locked, and even when someone is knocking. But each user does have to help Luko “learn” when they first set the device up. “When the user installs the Luko door [sensor], they need to ‘calibrate’ it by labeling a door opening, closing, locking, and someone knocking,” Vullierme said.

Similarly, with the electricity sensor, Luko asks each insuree what electric devices they own during setup, and because each device has its own “load curve signature,” this helps its algorithms break down the consumption to identify individual electrical items. This means that it can issue specific alerts such as “electric stove left on.”

Luko is using other interesting mechanisms to help onboard new users through automation too. For example, the platform can use satellite imagery of a house when the customer inputs their address, leaning on computer vision to establish key facets of the property — this could be its size, what the roof is made of, whether there is a swimming pool or a balcony, and whether the location is more susceptible to flooding or burglaries. Based on this data, it can issue a “risk” score.

Above: Luko: Onboarding with satellite imagery

Meshing AI with aerial imagery to help the insurance process isn’t an entirely new concept, and it’s something that San Francisco-based Cape Analytics specializes in. But it’s interesting nonetheless to see this kind of technology crop up in more insurance products, with Luko developing its own tool in-house using satellite imagery and open source data.

As with most other sectors, we’re seeing AI and automation increasingly creep into the insurance and real estate realm to help companies cut inefficiencies, optimize profits, and reduce churn. The quicker they can onboard new users, the better — the more stages and friction there are, the more likely customers will drop off and do something more interesting instead.

“Insurance is still largely a very traditional industry,” noted Accel partner Luca Bocchio, who now also joins Luko’s board. “With only eight percent online penetration, the whole industry is poised for change. Consumers have suffered long enough with poor home insurance options, and Luko is bringing a new option to market with fairness at its core.”

Luko currently targets homeowners and landlords in its native France, where it has garnered 15,000 customers in the 10 months since launch. With another $22 million in the bank, the company said that it plans to expand coverage across Europe starting in 2020, while a U.S. launch could follow if its European adventure proves fruitful.

“We are considering a U.S. launch, but we think there is considerable opportunity to roll out in Europe and consolidate our differentiation first,” Vullierme said.