“Working with Intel we are now bringing together some of the biggest names and brightest minds of HPC to develop an innovation roadmap that will push the design and dissemination of exascale technologies to users of all sizes,” said Scott Tease, general manager of Lenovo’s data center group.

Council members include Harvard FASRC, Rutgers University, the Simons Foundation’s Flatiron Institute (NY), the supercomputing center at the University of Toronto (SciNet), University of Chicago, University of Birmingham (UK), Leibniz Supercomputing Centre of the Bavarian Academy of Sciences and Humanities (LRZ in Germany), and Texas A&M University. They’ll investigate the range of technologies in development that might enable widespread exascale computing, or machines capable of at least one exaFLOPS (a quintillion calculations per second), which will encompass everything from alternative cooling technologies to efficiency, density, racks, storage, and AI.

“Intel is proud to be an integral part of this important endeavor in supercomputing along with Lenovo and other leaders in HPC,” said Trish Damkroger, general manager of the extreme computing organization at Intel. “With Project Everyscale, our goal is to democratize exascale technologies and bring leading Xeon scalable processors, accelerators, storage, fabrics, software, and more to HPC customers of every scale or any workload.”

The U.S. has invested outsize capital in developing supercomputers capable of exascale computing. The Energy Department’s Exascale Computing Project (ECP), a grant program within its long-running PathForward initiative, allocated $258 million over a three-year contract starting in 2017. It previously awarded $425 million in federal funding to IBM, Nvidia, and other companies to build two supercomputers, one at Oak Ridge and another at Livermore. And more recently, the Energy Department opened requests for two exascale systems as part of its CORAL-2 procurement with a budget ranging from $800 million to $1.2 billion.

Currently, the U.S. hosts five of the 10 fastest computers in the world, with China’s best — the TaihuLight at the National Supercomputing Center in Wuxi (built on Sunway’s SW26010 processor architecture) and the Tianhe-2A in Guangzhou — ranking third and fourth, respectively, at roughly 125 peak petaflops and 100 peak petaflops. Cray’s Piz Daint sits in fifth, ahead of Trinity at Los Alamos National Laboratory, Fujitsu’s AI Bridge Clouding Infrastructure in Japan, and Lenovo’s SuperMUC-NG in Germany.

The race between China and the U.S. is fierce. In TOP500 rankings, China two years ago surpassed the United States in total number of ranked supercomputers for the first time, with 202 to 143. That trend accelerated the following year; according to the TOP500 fall 2018 report, the number of ranked U.S. supercomputers fell to 108 as China’s total climbed to 229.

China and the U.S. are followed in the largest number of ranked supercomputers by Japan, which has 31 systems; the U.K. with 20; France with 18; Germany with 17; and Ireland with 12. 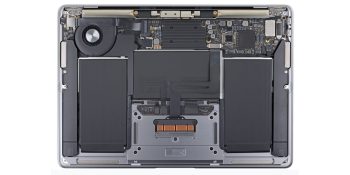 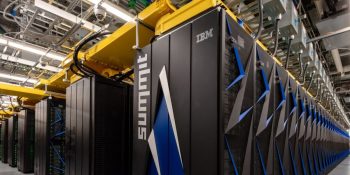