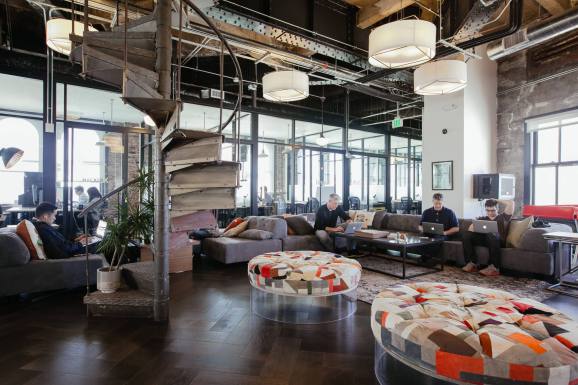 (Reuters) — The New York State Attorney General (NYAG) is investigating WeWork, according to two people familiar with the matter, adding to a mounting series of problems that have turned the workspace provider from a Wall Street darling into a pariah in a matter of weeks.

The company, which is expected to lay off thousands of employees beginning this week as it faces ballooning losses, confirmed on Monday that it had been contacted by the office of the NYAG, Letitia James.

“We received an inquiry from the office of the New York State Attorney General and are cooperating in the matter,” said a WeWork spokesperson when contacted by Reuters.

Among the issues the NYAG is examining is whether WeWork’s founder and former CEO, Adam Neumann, indulged in self-dealing to enrich himself.

Neumann bought properties that he then leased back to WeWork, borrowed against his own stake in the company, and had also planned to charge WeWork almost $6 million to use his trademark of the word “We” after the company rebranded itself The We Company.

The company shelved its plans for an initial public offering on September 30 after investors grew wary of its losses, its business model, and its corporate governance.

Neumann had resigned as CEO the previous week. He also agreed to return the cash he received from the use of “We.”

WeWork agreed to a rescue by its largest shareholder, Japanese technology investment company SoftBank Group Corp, last month as it faced a cash crunch. SoftBank agreed to inject $6.5 billion in debt and equity into WeWork and to fund a $3 billion buyout of existing shareholders, including $1 billion for some of Neumann’s shares.

WeWork now faces a radical restructuring. Job cuts will be announced later this week in areas that do not support WeWork’s core business goals, said The We Company’s recently named executive chair Marcelo Claure in an email to staff that was reviewed by Reuters.

The New York Times reported on Sunday that WeWork is preparing to cut 4,000 jobs. The company itself had 12,500 employees on June 30, and there are others who work for affiliates.

Next steps to shape the company’s future will be divulged in an all-company meeting on Friday, Claure said in the email.

He said WeWork needs a more efficient and more customer-centric organization to grow. “We are going to eliminate and scale back certain functions and responsibilities,” added Claure, who is also an executive at SoftBank.

An October 11 presentation to bondholders indicated administrative jobs would be cut, along with jobs in WeWork’s venture capital arm and in so-called growth-related functions, a possible reference to design and construction units.

This is not the first time WeWork has been scrutinized by the NYAG. The company rolled back its policy of requiring employees to sign noncompete agreements after reaching a settlement with the attorney general last year.

Bloomberg News reported on Friday that WeWork is facing scrutiny from the U.S. Securities and Exchange Commission over whether it violated financial rules as it sought its public listing. WeWork declined to comment on the report.

WeWork’s 2025 bond has weakened sharply in the past week, hitting 16.057% on Monday, according to data from MarketAxess.