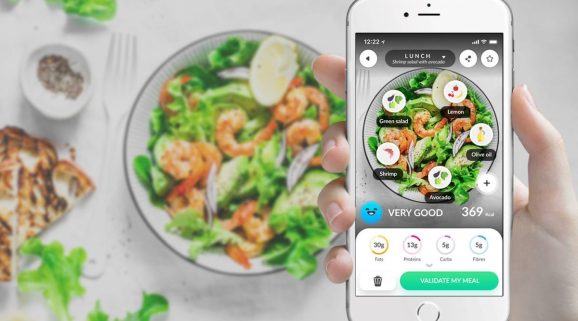 Launched in 2018, the company is trying to prove that broader breakthroughs in deep learning can be applied to practical uses such as tracking food intake in such a way that it would have a measurable impact on people’s health. The app originally started as a project at a French engineering school as the three cofounders wrestled with some fundamental questions.

“How can I eat better?” was the first question, said Foodvisor cofounder and chief marketing officer Aurore Tran. “And how can I have clear nutritional facts about the food I eat?”

Computer vision is also being applied to food by London-based Winnow, which created a motion-sensing computer vision camera that takes pictures of food as it’s thrown into the garbage to automate waste tracking.

Foodvisor, however, is targeting health concerns. It moved from research labs to Paris’ Station F startup campus, where it developed the first versions of its AI-driven food diary. Users create an account and simply take a picture of their food before they begin to eat.

The app’s deep learning algorithm can identify 1,200 types of food. It can also estimate the amount of food and produce a quick report on the likely nutritional breakdown. And if the app makes an obvious mistake, users can correct it, thus adding information that can improve overall accuracy.

“We think we are solving a pain point with the pictures rather than uploading all of your data,” she said.

The company says it now has 2 million active users. But it has also evolved beyond its original concept.

Users can now also sync their Foodvisor app with Apple’s Health app to add their physical activity into their overall health monitoring and progress toward goals.

And the company has developed a premium service for $5 to $10 per month that lets users connect with dietitians for personal advice and personalized eating plans.

“The feedback we had from our users was that they wanted to go beyond how many calories [they ate] and to have more coaching,” Tran said. “The idea is to have a nutritionist in your pocket.”

The round was led by Agrinnovation, a VC fund that focuses on food and agriculture, as well as some business angels. The company had previously raised $1.7 million.

In addition to product development, the latest round will be used to further the company’s expansion into the U.S., which has provided its own set of challenges.

The team invested a lot of time training algorithms to recognize popular food items in the U.S. This involved integrating databases from the U.S. Department of Agriculture and other barcode repositories. They also had to offer pounds and ounces rather than the metric system.

Still, in a country where an estimated 70% of the population is technically obese, the market opportunity in the U.S. is self-evident. The company currently has 15 employees and now plans to double that, in large measure by focusing on the U.S. market.