Roughly one third of food produced globally each year never comes close to a human mouth, according to the United Nations’ Food and Agriculture Organization (FAO), equating to around $1 trillion worth of edible food ending up in a landfill. The hospitality industry alone reportedly contributes around 10 percent of that figure, which is why Winnow is turning to computer vision and machine learning to help shine a light on kitchens’ avoidable waste.

Founded out of London in 2013, Winnow’s technology so far has constituted a set of scales that sit beneath a food waste bin, with staff using a touchscreen display above it to tell the system what type of food they’ve just thrown away.

This information is relayed to Winnow’s cloud analytics to determine the value of this waste, while issuing regular reports that highlight where they could be saving money through cutting back on what they’re throwing away. 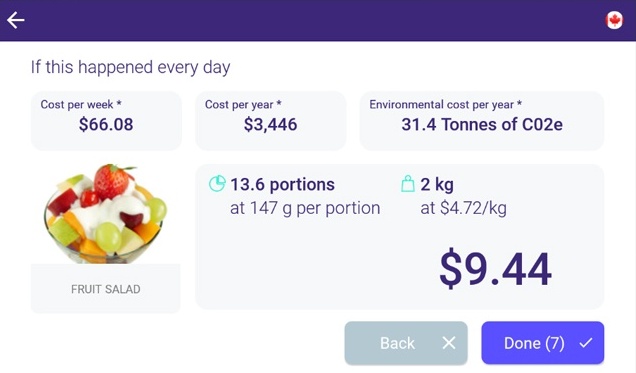 However, Winnow’s system has hitherto required a sizable level of manual input — the chef has to physically tell the system what they’ve just disposed of. But Winnow is now introducing automation to the mix, with a motion-sensing computer vision camera that automatically snaps images of the food as it’s put in the bin, and then figures out what it is.

The system isn’t entirely flawless though — it may be able to identify a lot of fruit and vegetables, for example, but it could still struggle with more obscure items. That is why chefs and other kitchen workers are able to train the system, with staff requested to select what food item they just discarded from a list presented on the screen. It can take between 200 and 1,000 images to train the Winnow Vision system to recognize a food item, the company said.

Winnow Vision, as the new product is called, has been used as part of a handful of pilot projects with some big-name brands since last January, including Ikea, which has previously set itself a target of cutting its general food waste in half.

“We have set ourselves an ambitious target to cut our food waste by 50 percent across our operations before end of August 2020, and our partnership with Winnow is critical to realizing that goal,” said Hege Sæbjørnsen, country sustainability manager for Ikea UK and Ireland. “We know that food waste is a complex issue, but Winnow Vision demonstrates that solutions to help tackle this don’t have to be.” 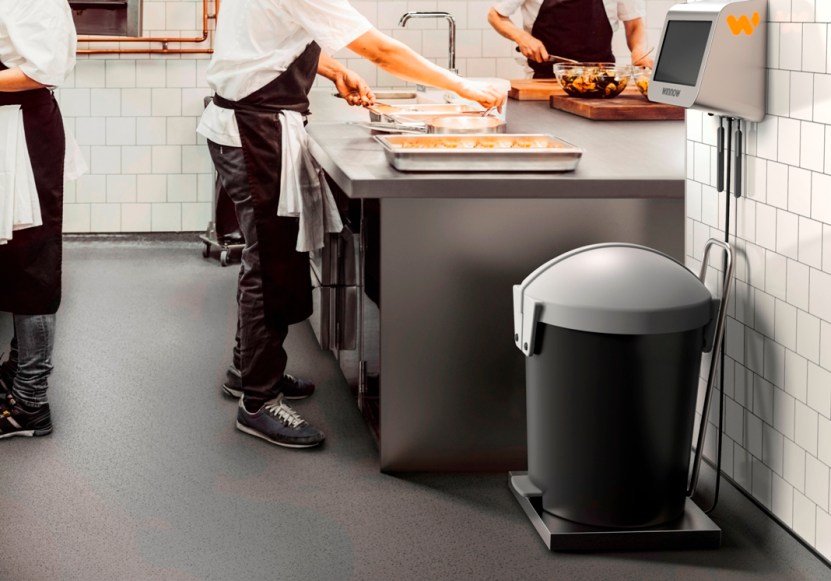 Above: Winnow Vision used in a kitchen

Other participants in the trial phase include U.K. supermarket chain Morrisons and Emaar in the United Arab Emirates. But from today, Winnow Vision will be available globally for all restaurants and kitchens to buy directly from Winnow.

“Food waste is a global issue, and one that kitchens around the world are struggling with,” said Winnow CEO Marc Zornes. “Without visibility into what is being wasted, kitchens are wasting far more food than they think. By understanding and reporting food waste’s very real costs — both to the bottom line and the environment — Winnow Vision empowers chefs to take action.”

Winnow adopts a software-as-a-service (SaaS) model, charging a subscription to access the monitoring software. The company hasn’t divulged how much its technology will cost, but it promises that catering establishments can expect to make 2-10 times return on their investment in the first year, saving as much as $50,000 on waste.

“Using technology that learns and improves with each use, Winnow Vision has the ability to tackle food waste on a global scale,” Zornes said.

A number of startups are working on various solutions to help companies cut waste. Swedish company Karma raised $12 million last year for a marketplace that encourages restaurants and supermarkets to sell their excess food — be it cakes, bread, or freshly squeezed lemonade — at a discount, rather than throwing them in the garbage. Elsewhere, San Francisco-based Full Harvest recently raised $8.5 million to help farms sell their deformed produce. And Impact Vision has revealed how it’s using AI to detect unripe or contaminated food — a core selling point here is that it’s entirely non-invasive, meaning that no food is wasted in the testing process.

Winnow said that its existing manual system is already used by thousands of chefs in more than 40 countries, and that it has helped save the equivalent of $30 million in food from the landfill. To the casual observer, Winnow could be described as some kind of cool AI-infused hardware company, but at its heart it’s a data company — the data gives kitchens visibility into their waste, and that is what unlocks the value of the hardware.

If nothing else, this shows that by giving businesses access to hard numbers — i.e. “this is how much you’re wasting” — big changes can be enacted.