Black Friday or Cyber Monday, take your pick; it’s that time of year again. If you’re in the market for a smartphone — and it’s statistically likely you are, given that 403.5 million handsets shipped last holiday season — there’s no better month to seek out promotions, discounts, and limited-time deals on new devices. Samsung is hosting a sale on Galaxy phones including the Galaxy S10e, S10, S10 Plus, and S10 5G, and OnePlus recently knocked $150 off the price of the OnePlus 7 Pro. Carriers like T-Mobile, Sprint, AT&T, and Verizon are awarding up to $700 in trade-in credits, and as for retailers, there’s the usual doorbusters.

It’s almost too much of a good thing — particularly if you aren’t committed to a brand, a model, or a manufacturer. Conventional wisdom would have you judge a device by its screen or perhaps its camera, but we took a different tack last year with our guide to the best phones for the AI enthusiast. In this second edition, we rejiggered the categories somewhat to reflect new industry developments. But we’ve tried to remain true to the original mission: to highlight handsets that stand apart from the crowd with respect to their AI capabilities. 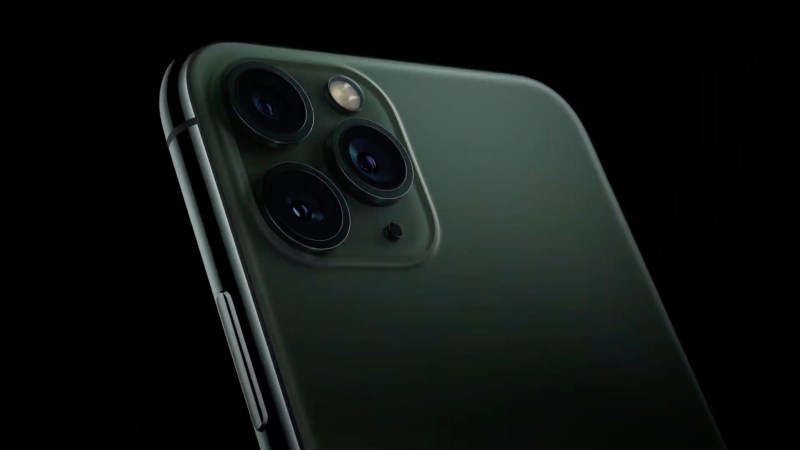 Apple’s flagships nabbed the top spot in last year’s buying guide with their powerful AI chipsets, and the trend continues. The iPhone 11 Pro, iPhone 11 Pro, and iPhone 11 Pro Max sport the Cupertino company’s A13 Bionic, a custom chip manufactured on a 7-nanometer process that packs a whopping 8.5 billion transistors (up from its predecessor’s 6.9 billion transistors). It’s the fastest processor ever in a smartphone, according to Apple senior director of iPhone marketing Kaiann Drance, but arguably the highlight is the improved neural engine.

Said engine sits alongside the six-core processor (two high-performance Lightning cores and four high-efficiency Thunder cores) and graphics chip, with eight dedicated AI accelerators that that are up to six times faster than those in the previous-generation engine. A specialized controller helps to distribute machine learning workloads among the different subprocessors, enabling them to consume less power than those in the A12 and A11 while running over five trillion operations per second.

Tangibly, that translates to improved text-to-speech and computational photography capabilities. Apple senior VP of worldwide marketing Phil Schiller said that there’s “much more” natural language processing in the newest version of IOS — iOS 13 — accelerated by machine learning algorithms running on the neural engine. Also in tow is Deep Fusion, which snaps between three and seven photographs at multiple exposures and selects the best before combining them into one with idealized shadow, color detail, and highlight. And there’s the AI-powered Night Mode, which enhances brightness in dimly lit environments while preserving color and details.

Face ID, Animoji and Memoji, Portrait Lighting, and Apple’s ARKit augmented reality framework are among the other features optimized for the neural engine, in addition to the iPhone’s Portrait mode. After the shutter button is pressed, AI models attempt to figure out what kind of scene is being photographed and distinguish any subjects from the background. This thorough understanding of depth enables post-production editing of the blur and sharpness.

On the third-party side of the equation, developers can run code on the neural engine. San Jose software company Nex Team’s basketball app, HomeCourt, taps it to track and log shots, misses, and a player’s location on court in real time. Digital Masterpieces’ BeCasso app uses an AI technique called style transfer to recompose paintings, pictures, or sketches in the style of other images. And Memrise packs a classifier model that identifies objects and tells users how to say their names in any language. 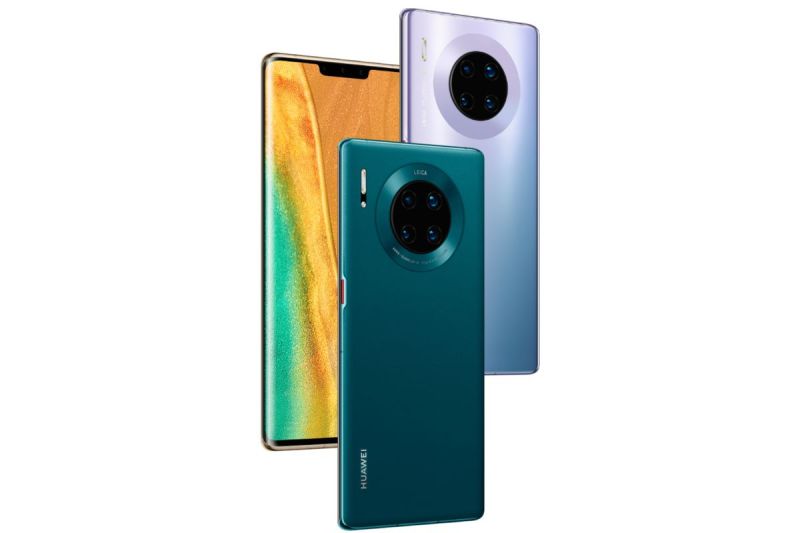 If you’re willing to forego Google apps and services including the Play Store, Huawei’s Mate 30 Pro is worthy of consideration. (Huawei is prevented from preinstalling Google software because of trade restrictions imposed by U.S. Commerce Department.) It tops the charts in AI Benchmark, an app developed by researchers at ETH Zurich that measures performance on a range of machine learning tasks, and it comes out ahead on typical AI benchmarks like MobileNet (Int8).

The Kirin 990 5G system-on-chip within is responsible for the computational boost. It’s a 7-nanometer wafer with 10.3 billion transistors and an eight-core architecture, with six cores reserved for low-to-middle-intensity workloads (like music and file transfers) and four high-performance cores. That’s all complemented by a 12-core graphics chip — the Mali-G76 — that leapfrogs the Adreno 640 inside Qualcomm’s Snapdragon 855 in terms of efficiency.

But the arguable headliner is the Neural Processing Unit (NPU), a coprocessor optimized for the sort of vector math that’s the lifeblood of machine learning frameworks like Facebook’s Caffe2 and Google’s TensorFlow. Microsoft’s Translator app taps into it for tasks like scanning and translating words in pictures, and Huawei says its heterogeneous computing structure — HiAI — automatically distributes voice recognition, natural language processing, and computer vision workloads across it dynamically.

Just one of the cores in the NPU’s Da Vinci architecture — the evolution of the NPU in the Kirin 970 and 980, which were designed by Cambricon — is up to 24 times more efficient than a general-purpose processor core for tasks like facial recognition. Plus, it accelerates up to 90% of commonly used computer vision algorithms, including Inception, Deep Lab, VDSR, VGG, and MobileNet-SSD.

These manifest in the Mate 30 Pro’s Master AI, an “intelligent” scene recognizer akin to Samsung’s Scene Optimizer and LG’s AI Cam that adjusts the phone’s camera settings automatically — depending on ambient lighting, contrast, and other factors. An enhanced Night mode composites the best photos of a burst shot taken at multiple exposures, while an AI-assisted stabilization (AIS) and “4D” predict where subjects are moving to keep them in focus while intelligently cropping frames to smooth out jerky footage. 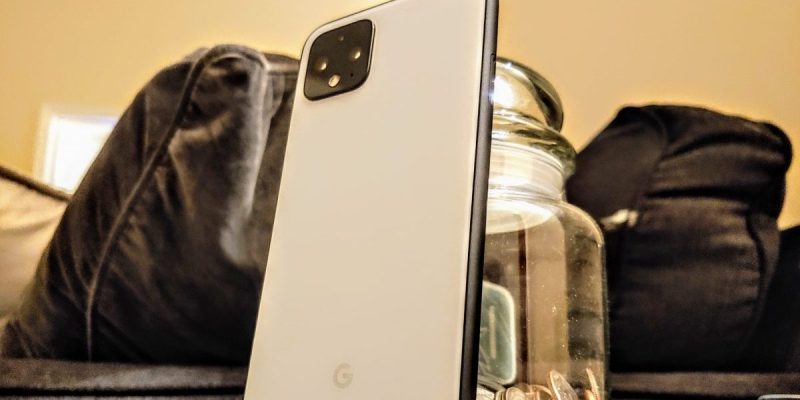 Above: The Google Pixel 4.

Is there a phone superior to the Pixel 4 with respect to AI-powered camera features? We’d argue not. Last year’s Pixel lineup (the Pixel 4 and Pixel 4 XL) set a high bar, but Google cleared it with a veritable slew of enhancements.

A dedicated AI coprocessor — the next-generation Pixel Visual Core, which improves upon the imaging chip in the Pixel 3 — power-efficiently crunches millions to trillions of operations per second, accelerating the Pixel 4 series’ HDR+ feature (more on that later). It’s also responsible for speeding up Google’s Rapid and Accurate Image Super-Resolution (RAISR) technologies, which use machine learning to produce high-quality versions of zoomed-in images, as well as Zero Shutter Lag, which eliminates the delay between triggering the phone shutter and the moment the photo is actually recorded.

That’s only the tip of the iceberg. The Pixel 4 leverages AI to suss out white balance and recognize frequently photographed people, and to focus on those people when they’re detected in-frame. Autofocus mode tracks items of interest in view, eliminating the need to manually lock focus. As for Top Shot, it captures a burst frame before and after the shutter button is tapped and chooses the best shot automatically, taking into account things like smiles, open eyes, and gazes.

The Pixel 4’s most impressive photography feature might be Night Sight, which uses machine learning to boost the brightness of flash-free and ultra-dark images. It launched with the Pixel 3, but the Pixel 4’s incarnation boasts improved dynamic range and color thanks to support for longer exposure times (up to around 16 seconds). It also adds a focus option — Infinity — that slots alongside the existing Near, Autofocus, and Far options, as well as an astrophotography mode that enhances the contrast of the night sky to boost star visibility. 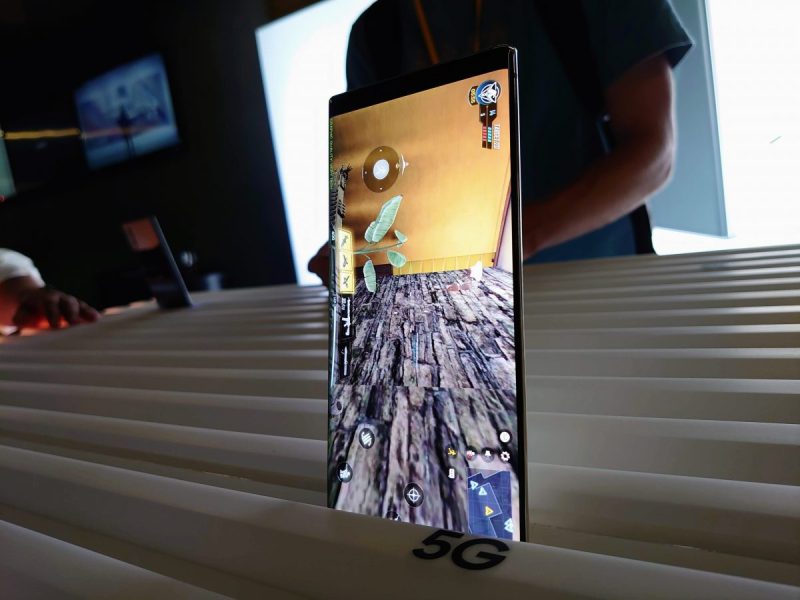 Samsung’s Bixby assistant might not have the ubiquity of Google Assistant, Apple’s Siri, or Amazon’s Alexa, but it’s improving at a steady clip. Bixby now features better natural language processing and faster response times, along with built-in noise reduction tech. And as of October, it recommends voice apps based on context, like ridesharing and navigation apps when a users says “I need a ride.”

In July, Samsung launched the Bixby Marketplace in the U.S. and South Korea, a dedicated app store where third-party developers can offer their own Bixby-compatible services, similar to Amazon’s Alexa skills. Through it, users can search for services — which Samsung calls “capsules” — that enhance Bixby. Capsules can be added with a tap, and the Bixby Marketplace supports ratings and reviews to help surface the best, or at least most popular, capsules.

Another relatively new addition to Bixby is Bixby Routines, which rolled out earlier this year. Much like Alexa Routines and routines on the Google Assistant, Bixby offers preset and personalized routines, such as Driving and Before Bed routines, that can be customized based on your habits.

Like any modern voice assistant, Bixby recognizes requests to add items to a calendar, queue up tunes, place calls, and launch apps, and it can answer basic questions about sports scores, movie showtimes, business hours, and more. More than 3,000 commands in seven languages (English, Korean, Chinese, German, French, Italian, and Spanish) are supported in all, including chained ones like “Open the gallery app in split-screen view and rotate misaligned photos” and “Play videos on a nearby TV.”

Apple’s 2019 iPhone lineup is far and away the winner on the chipset front — the upgraded neural engine, combined with powerful software tools and a thriving developer ecosystem, cement its lead. That said, Huawei nips at its heels, particularly when taking into account the Mate 30 Pro’s first-party camera features that tap the Kirin 990’s improved AI chip.

But the Mate 30 Pro’s camera falls short of Google’s Pixel 4 in the computational photography category. The Pixel 4 has one of the best smartphone cameras we’ve ever tested, thanks in large part to AI.

Last but not least, there’s the Samsung Galaxy Note10 and Galaxy 10 series, showcases for the latest version of Samsung’s Bixby assistant. Bixby might not be the most robust platform on the block, but it’s grown considerably better in recent months. And to our knowledge, Bixby Voice is one of the only (if not the only) voice assistants that can recognize chained commands and interact with app menus and submenus, making it great for hands-free usage.

Nearly every phone featured in our roundup is available for purchase at carrier stores, Amazon, Best Buy, and other major brick-and-mortar electronics stores. The Mate 30 Pro, it’s worth noting, hasn’t been made officially available in the U.S. — you’ll have to transact with a third-party retailer to get your hands on it.