Ever heard of Alexa Gadgets? They’re Bluetooth devices meant to “enhance” voice interactions with Echo speakers and displays. Amazon made available a software development kit — the Alexa Gadgets Toolkit — in September 2017, and October marked the rollout of the Gadgets Toolkit in all locales where Alexa-enabled devices are sold. Among the initial crop of partners were Hasbro, Baby Plus, and eKids, and the Alexa Gadgets family subsequently expanded to devices and appliances from other manufacturers.

Whether you picked up a new Echo device on Black Friday or Cyber Monday or anticipate buying one in the near future, Alexa Gadgets can enhance your Alexa experience in countless ways. Here’s a roundup of some of the best to date.

Amazon’s Echo Buttons are aptly named — they’re buttons that double as controllers for over 100 games and that power toggle smart home devices through compatible Echo speakers. (The Fire TV Cube, Fire TV, Fire-branded tablets, Echo Dot Kids Edition, and Amazon Tap aren’t currently supported.) With one Echo Button or several (up to four in total), you’re able to activate a Routine or customize a trivia game through Alexa Skill Blueprints, Amazon’s no-code service that enables the creation and publishing of custom voice apps.

Up to four Echo Buttons can be connected with compatible Echo devices using Bluetooth, and they can maintain a connection from up to 30 feet away. Each takes 2 AAA batteries and works with nearly every variant of Echo product, including the Echo Plus, Echo Dot, Echo Spot, and Echo Show.

Third Reality’s Smart Night-Light is a night light, as the name implies — an LED-sporting and USB-powered night light, to be exact. It’s made specifically (and exclusively) for the Echo Flex, a diminutive Echo speaker that’s designed to plug into wall outlets, and it boasts a built-in sensor that automatically switches the light on when it’s dark.

Suffering from a distinct lack of twerking during the holiday season? Consider welcoming Gemmy’s Twerking Christmas Bear into your device family. The festive plush who loves to boogie lip-syncs with Alexa spoken responses and reacts to timers, alarms, reminders, and notifications. It dances along to music played through Amazon Music (but not third-party services like Spotify), and it perks up when you say the word “Alexa.” 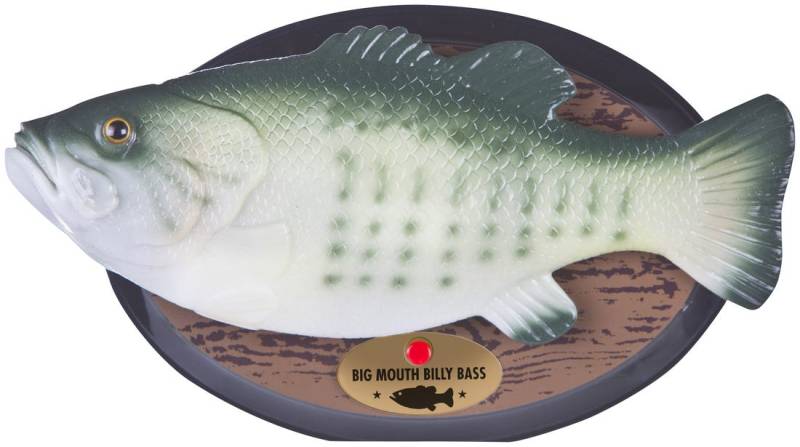 Gemmy’s Alexa-powered Big Mouth Billy Bass launched to much fanfare late last year, perhaps because it was a long time coming. A retrofitted Billy Bass that tapped Amazon’s Alexa Voice Services API emerged online in 2016, a year after which the official product was announced. And those developments came over 16 years after the original Billy Bass’ debut in 1999, which enthusiastically warbled tunes like Bobby McFerrin’s “Don’t Worry, Be Happy.”

The new and ostensibly improved Big Mouth Billy Bass dances to an original song — “Fishin’ Time” — out of the box, in addition to any song played through Amazon Music (and only Alexa Music). It lip-syncs along with Alexa responses such as weather and random facts (but not while dancing), and it swishes its tail when a timer, alarm, reminder, or notification event is triggered.

The Alexa-enabled Billy Bass works with most Echo product models, including the Echo Plus, Echo Dot, Echo Spot, and Echo Show. 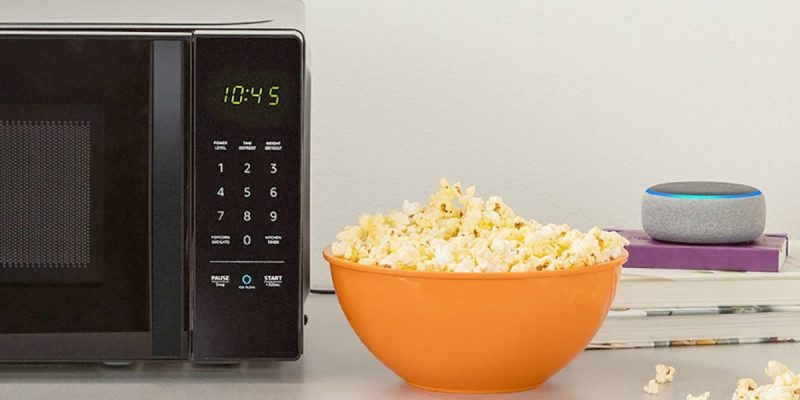 If a microwave’s on your holiday wish list, why not make it an Alexa-compatible model? The AmazonBasics Microwave recognizes quick-cook voice presets that start microwaving vegetables, popcorn, potatoes, rice, and more, and it helpfully reorders popcorn when you’re running low (after automatically applying a 10% discount on the brand of your choice). It has 10 power levels, in addition to a kitchen timer and a child lock, and it works like a typical microwave, with an Ask Alexa button that lets you specify a cook time verbally.