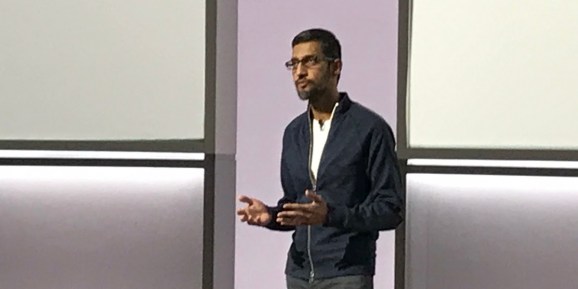 Google CEO Sundar Pichai is now also the CEO of Alphabet, Google’s parent company. As part of the shakeup at the search giant, Google cofounders Larry Page and Sergey Brin, who previously acted as CEO and president of Alphabet respectively, will step down from their roles. Page and Brin plan to continue to play a role as members of the Alphabet board of directors.

The change was made, Page and Brin said, to “simplify our management structure” and because they no longer see the need to be involved in day-to-day management of the company they founded in September 1998 — it’s now 21 years old.

“We’ve never been ones to hold on to management roles when we think there’s a better way to run the company. And Alphabet and Google no longer need two CEOs and a President,” Page and Brin said in a letter released today.

As CEO of Alphabet and Google, Pichai will control both the conglomerate of R&D investments Alphabet makes and the company’s major ventures like Google Cloud Platform and the Android operating system.

Pichai has been a Google employee for the past 15 years. In 2014 he was placed in charge of all Google products and platforms and became CEO in August 2015 when Page and Brin formed the Alphabet umbrella company.

It’s not yet clear as a result of the change today if Pichai will seek to keep things as-is or bring ambitious moonshot operations closer to Google. And though Brin and Page say Pichai shares their “confidence in the value of the Alphabet structure,” it’s also not yet clear whether the shift will result in any changes to corporate structure at Alphabet or Google.