Passwords can be a bear sometimes — particularly if you’re prone to forgetting them. In an effort to help users regain access to their Facebook profiles when they lose track of their login information, Facebook today announced that it’s rolling out updated login, registration, and recovery screens to its apps in regions where email addresses are less commonly used to create accounts, such as developing countries in Latin America, Asia, and Africa.

Typically, Facebook requests numbers from a phone’s primary SIM card to prefill fields on registration, login, and account recovery pages. The company works with service providers to enable this such that when people create new accounts or log into existing ones, it requests a current number from the mobile network to do things like automatically fill in relevant login fields.

The new screens disclose that Facebook requests and receives up-to-date phone numbers from said networks, and they provide users an opportunity to opt out of sharing their number for account access purposes. Additionally, on the Facebook app as well as Facebook Lite and Facebook’s mobile website, the logout screens have been updated with an option to save login information to make it easier to access accounts in the future. 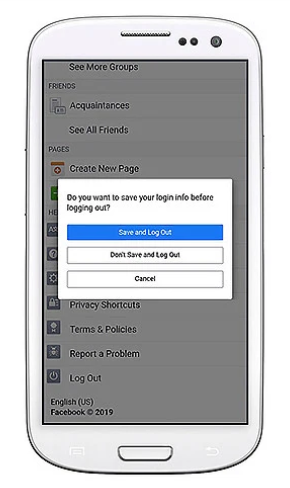 In the newest Facebook apps and website, users in selected countries will see new tools allowing them to indicate whether they prefer to share their number. Those who choose not to won’t see their number from the mobile network to prefill various forms — but they might see it entered automatically if they’ve saved the number in-app or on-device or if they’ve previously logged in with it.

Facebook notes that when users make any change, their preference will only be saved for the device and app or browser they’re using. If they use a different browser, they’ll see the same screens again.

“In some cases, people are new not only to our apps and websites, but also to the internet as a whole. They may never have set up a username or password before,” wrote Facebook director of product management Jon Paris and product manager Vincent Gonguet in a blog post. “These tools are important to our efforts to help people access our services more easily, and we look forward to continued collaboration with our partners.”

Facebook has a mixed track record when it comes to the handling of users’ phone numbers. It received blowback this past summer for its implementation of SMS two-factor authentication, which allowed anyone to look up a person’s profile by a number they’d previously provided. Worse still, the social network last year admitted that it used these numbers to target users with advertisements.

In attempts at remediation, Facebook in 2018 added the option to set up two-factor authentication with third-party apps instead of a number, and it recently removed the ability to enter a number and email address into the Facebook search bar to find a person on the platform. It’s also experimented with alternative methods of verifying a person’s identity, such as a step that requires the capturing of a “video selfie” at login time.