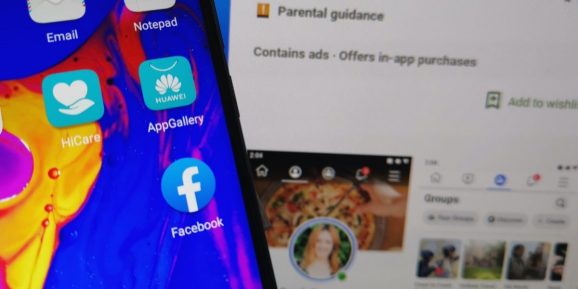 Facebook is testing a new way to root out inauthentic behavior on mobile phones and confirm the identities of accounts suspected of being compromised. In a statement provided to VentureBeat, the company said this step — which instructs users to hold their phone at eye level, position their face within a circle on-screen, and slowly turn their head  — is used to determine that a “real person” is operating an account rather than a bot.

“This test is one of the steps we use,” a Facebook spokesperson said. “It does not use facial recognition. Instead, it detects motion and whether a face is in the video.”

Tech blogger and app researcher Jane Manchun Wong shared snapshots of the prototype via Twitter early this morning, in which she speculated that Facebook would use “facial recognition-based identity verification” technology to take “video selfies.” A disclaimer captured by one screenshot states that verification recordings will be deleted a month (30 days) after the identity is confirmed.

This is how Facebook's Facial Recognition-based Identity Verification looks like

It asks me to look at several directions within the circle

It explicitly states no one else will see the video selfie and will be deleted 30 days after the confirmation pic.twitter.com/296bGRDyYZ

Facebook clarified to VentureBeat that only accounts suspected of being fake would be prompted to volunteer a “video selfie,” which the spokesperson characterized as similar to a Captcha challenge in nature.

Speculation that Facebook might begin to use facial recognition for ID verification recalled the controversy over the social network’s use of the tech in photos and tagging suggestions. The U.S. Federal Trade Commission in July levied a historic $5 billion fine against the company, in part over the facial recognition feature, which the agency said misrepresented users’ ability to control how their pictures were used.

Facebook has been piloting increasingly sophisticated methods of detecting and combating automated activity on its platform. It previously said it disabled over half a million fake accounts in the first three months of 2018 — often within minutes of registration — and that it took down nearly a billion pieces of spam in the same period. More recently, Facebook reported that it removed over 2 billion fake accounts during the first half of this year.