Dreamscape Immersive is one of the companies that continues to believe in location-based virtual reality. And its latest effort on that front is a new VR experience based on DreamWorks’ How To Train Your Dragon film trilogy.

Dreamscape‘s DreamWorks Dragons: Flight Academy debuted in partnership with DreamWorks Animation and Universal Games and Digital Platforms. It opened in mid-December at the Westfield Century City mall in Los Angeles, and I was able to try it out recently. It was a breath of fresh air amid a sea of familiar VR experiences.

“Dreamscape at its core is the intersection of the emotional impact of movies with storylines,” said Bruce Vaughn, CEO of Dreamscape Immersive, in an interview with GamesBeat. “And the users. The customers are at the center of the story and are always the protagonists. It’s a combination of the emotional storytelling of movies with the virtual side of theme parks, which is reflected in my background of 25 years at [Disney] Imagineering.” 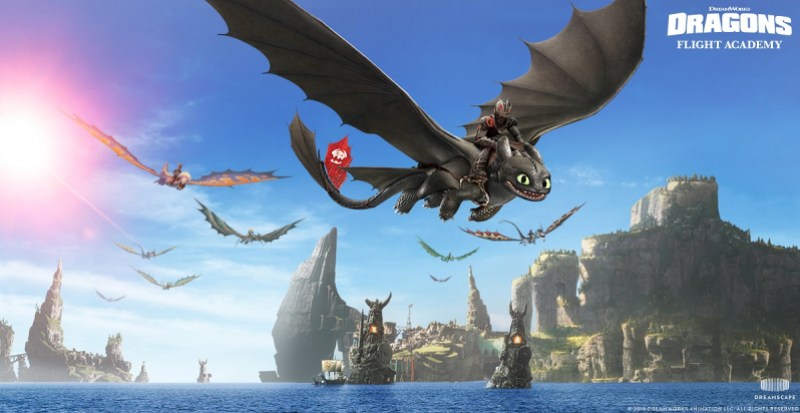 I checked in at the mall for a scheduled appointment. It was running a little late, but soon enough I was escorted into a dark room with seven riders, most of them kids. We were all there to ride dragons for the cost of $20 for a 35-minute experience (all-in time, including gearing up).

In the room were eight saddled seats — like a kid’s hobby horse — facing each other in a circle. We mounted the seats and then were told to buckle up. We put sensors on our wrists. And then we put on our VR headsets, which were hanging on the side of the hobby horse. We basically needed no training at all.

“We thought this was just like controlling a bike,” Vaughn said. “We were trying to make something that was universally understood.”

When we put the headsets on, we were greeted by Hiccup and Astrid, the main characters of the Dragon series, astride their dragons Toothless and Stormfly.

First, they walked us through the town of Berk, where humans and dragons live in harmony. We saw townsfolk of the clifftop Viking village, and saw the place from a view that you never get in the films. That is, you don’t get to look around and choose the view that you see in the movies. Not that there’s much to see in the village. 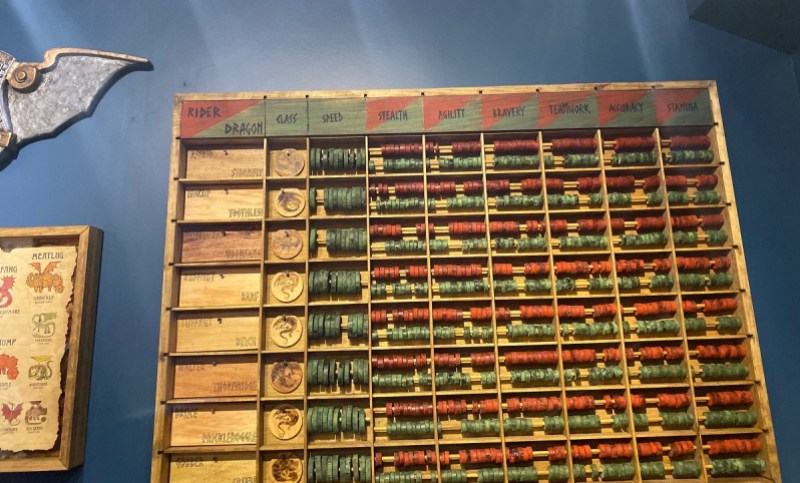 Above: Dreamscape keeps you entertained in the waiting area.

But then we reached the edge of a cliff. And we jumped off, following Astrid’s directions. She took just through some basic flying tips. I found it very easy to control, which is saying something considering how hard it is to play most flying games. We had limited freedom of movement. We couldn’t, for instance, turn around and fly in the other direction. The experience was more or less on rails, as you’re always flying in a forward direction.

You do, however, have the choice of flying along different paths, and you do have to avoid bumping into other riders among the eight trainees. You can swoop down or swerve to avoid running into barriers as you move through the Hidden world. We had to dodge flaming arrows and stay out of the way of collapsing ice caverns. We arrived at the center of the place and had to free a chained dragon. We each had to help break the chains in order to free the dragon. That meant that all eight of us had to pitch in.

There were a couple of cool additions to the usual VR experience that were very tactile. First, a fan blows a wet mist into your face as you take off into the water-soaked ocean air. And then, at the end, a dragon comes up to you and spits in your face. You feel actual water splash onto your face as this happens.

The tech — and the experience of getting wind and water splashed on your face — is better than what you can get at home. 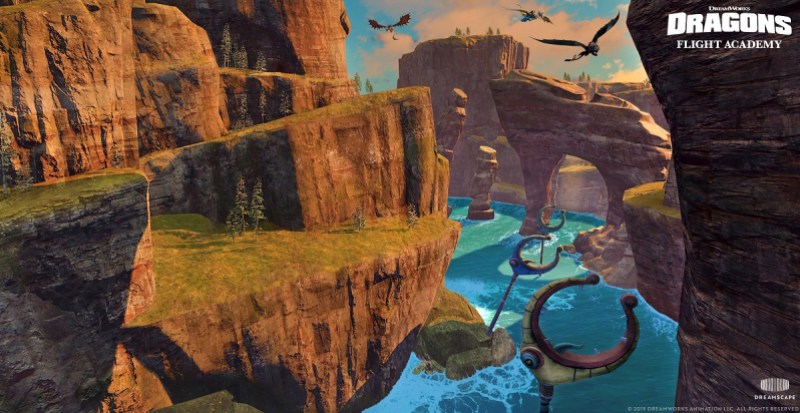 Above: Dreamscape takes you into the Hidden World.

“The full body presence and the incredible accuracy of the software was something that came out of the medical industry. For us, VR happens to be the way we tell stories. But it really was the capability that this platform gives us. At home, the issue is you are alone and the technology is isolating. The controllers are unfamiliar. In our location, we can track your arms properly and you can move.”

It was a fun experience, and it delivers play that is more social than just playing VR at home. And that’s what you have to do to get people to pay $20 for 35 minutes. So far, it’s working well, said Vaughn. The median age of the guests is 32, and Dreamscape gets more than 50% females in its locations. 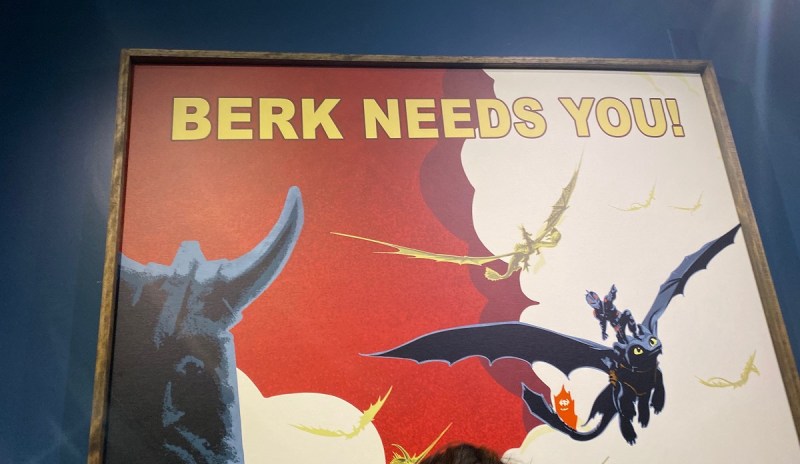 Above: Dreamscape takes you to Berk, where it is windy and watery.

Vaughn said the Century City location has been open for a year and has performed well, with good reviews and repeat visitors. That’s why the company is moving forward with a variety of new locations.

Dreamscape Immersive also has a Men In Black experience and The Blu: Deep Rescue, among other experiences. Dreamscape also has locations in Dallas and Dubai. Some places are opening soon in Columbus, Ohio and the New York/New Jersey metro area.

“We’re in the middle of designing our next experience now,” Vaughn said.