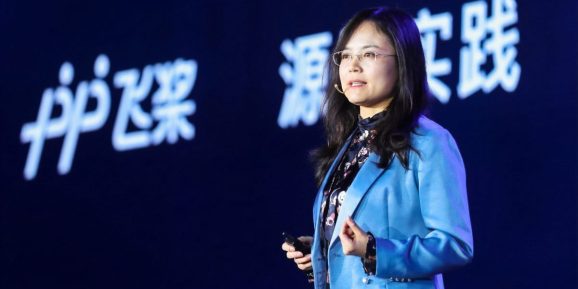 Tech giant Baidu is slowly but surely progressing toward the launch of a commercial robot-taxi fleet in mainland China. This week, the company announced that it has secured 40 licenses to test driverless cars carrying passengers on designated roads on Beijing, making it one of the first to do so in the Chinese capital. It also revealed that its self-driving cars have traveled more than three million kilometers (or about 1.8 million miles) during tests in 23 Chinese cities to date, up from 2 million kilometers (roughly 1.2 million miles) across 13 cities as of July.

Baidu vice president Zhang Dongchen reiterated the company’s commitment to road safety in a statement (translated): “Beijing’s achievements in the field of autonomous driving are obvious to all, and it is undoubtedly [reflective] of the development of China’s autonomous driving industry. Baidu … will strictly abide by the relevant road test management regulations, fully ensure the safety of road test, and continuously improve its self-driving technology, so that a simpler and better transportation life will come soon.”

As of the end of December, Beijing has allowed 151 roads totaling more than 500 kilometers (approximately 310 miles) in length to be used for autonomous vehicle tests, although the roads are closed to the public during testing. China has designated five levels for self-driving test permits ranging from T1 to T5, which are similar (but not necessarily analogous) to the automation levels issued by the Society of Automotive Engineers.

The Beijing Municipal Commission of Transport allocated its entire first batch of T4 autonomous driving test permits to Baidu earlier this summer, in July. The company noted at the time that the T4 — China’s highest-level permit — is an open-road test license, enabling it to deploy prototypical vehicles on urban roads, tunnels, school zones, and elsewhere.

In related news, Baidu recently inked a strategic partnership with Geely to equip the Hangzhou, China-based automaker’s cars with DuerOS for Apollo, a set of AI-based IoV solutions with voice assistant, augmented reality, and motion detection capabilities. The company is also collaborating with Chinese state-owned car company FAW Group, which develops the Hongqi line of luxury cars, to deploy driverless vehicles in the Hunan capital of Changsha within the next few months.

Baidu’s other automotive partners include Ford, with which it embarked last year on a two-year project to test self-driving vehicles on Chinese roads. The tech giant separately inked a deal with Volvo to develop autonomous electric cars specifically for the Chinese market, and in 2017, it launched a $1.52 billion driving fund — the Apollo Fund — as part of a wider plan to invest in 100 autonomous driving projects over the next three years.

Perhaps not coincidentally, Changsha will serve as the pilot site for Apollo Go, Baidu’s ongoing robo-taxi project. A future 5G network and an “intelligent” roadway upgrade dubbed the Apollo Intelligent Vehicle Infrastructure Cooperative System — both of which are part of Hunan’s smart city initiative — will lay the groundwork for what Baidu is claiming will be China’s largest self-driving taxi fleet. When it rolls out in earnest, customers will be able to hail a ride via the Apollo Go smartphone app, and the cars will integrate with smart road infrastructure to “improve safety.”

Today’s announcement comes months after the release of Apollo 5.0, the latest version of Baidu’s open source autonomous driving platform, which launched in April 2017. It enables dynamic calibration for vehicles in just 30 minutes via the cloud at a rate of 100 vehicles per minute, and it ships with Baidu’s Valet Parking framework, a “cost-effective method for transforming traditional parking facilities into smart infrastructure.”

Apollo has grown to 400,000 lines of code (more than double the 165,000 lines of code the company announced in January 2018), and it’s now being tested, contributed to, or deployed by big-name brands like Intel, Nvidia, and NXP. According to Baidu, the number of developers who have sourced Apollo’s code from the project’s GitHub repository stands at 12,000, a 20% increase from mid-2018.

Baidu seeks to gain the upper hand over rivals like Tencent and Alibaba. In April, Alibaba confirmed that it has been conducting self-driving car tests with the goal of achieving Level 4 autonomous capability and said that it’s looking to hire as many as 50 engineers for its AI research lab. And in May, Tencent secured a license from the Chinese government to begin testing autonomous cars in Shenzhen, China.

Baidu and its rivals are racing toward a veritable goldmine of a market. Autonomous vehicles and mobility services in China are expected to be worth more than $500 billion by 2030, according to a McKinsey report, when roughly 8 million self-driving cars hit public roads.