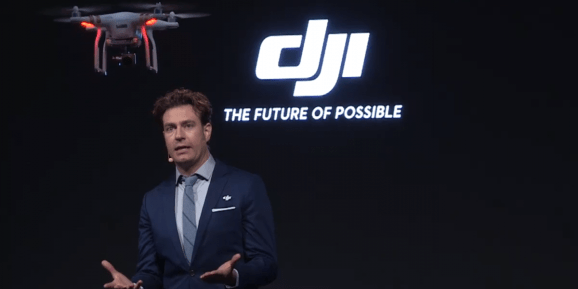 DJI, the world’s largest drone manufacturer with over 70% of the market, has its eyes on a bigger prize: lidar. Livox, its three-year-old lidar subsidiary, today unveiled solid-state, self-calibrating sensors that make use of a novel scanning technique to deliver superior performance at a lower cost than traditional units.

Livox claims that the Horizon — one of its new products — has a detection range of 260 meters, with a horizontal field of view of 81.7 degrees that can cover four road lanes at a distance of 10 meters. Livox claims that just five Horizon units deliver 360-degree coverage with roughly 5% of the cost of a 64-line mechanical lidar.

As for the Tele-15, the second of Livox’s sensors, it’s able to scan 99.8% of an area within its 15-degree circular field of view (at 0.1 seconds) and detect objects up to 500 meters away. That’s better performance than 128-line mechanical lidar sensors on the market.

Livox says the Horizon and Tele-15 can be embedded into existing and future vehicle designs easily and that over 2,900 units of lidar sensors have been individually tested for use in a range environmental conditions. Plus, it says they have a false alarm rate of less than 1/10,000th in temperatures between -40 degrees Fahrenheit and 185 degrees Fahrenheit and that they’re IP67-rated for debris and water exposure from inclement weather.

On the software side of the equation, there’s the Livox software development kit (SDK), which offers a range of tools for developers who wish to create unique apps and algorithms. The SDK supports various operating systems, such as Linux, Windows, Robotic Operating System, and development languages like C, C++, and Python, enabling the use of Livox’s lidar sensors on different platforms. Livox also provides basic algorithms, such as external calibration and simultaneous location and mapping, to help users get started quickly.

“Over the past 13 years, it has been DJI’s core mission to make advanced technology easy to use, safe, and accessible, which we have accomplished most notably through our leading consumer and commercial drone product portfolio,” said DJI president Roger Luo. “Livox was born from that same mission and passion for innovation.”

Livox was formed in 2016 by a group of engineers within DJI’s Open Innovation Program, which provides senior guidance, resources, and financial support to employees who seek ways to solve challenges with new technology. The initiative’s goal is to identify markets and business opportunities around the globe and to explore how DJI’s portfolio could be combined with other technologies to serve a wider range of applications.

Livox says that today more than 75% of its 200-person workforce are engineers who develop sensing technology for various environmental conditions. Its sensors are available in the U.S., as well as Canada, the EU, Japan, China, and Australia.