There is a lot of nuance in that figure. Slack, Microsoft Teams’ main rival, is particularly critical of how Microsoft got to 20 million daily active users (Slack has over 12 million daily active users as of October). Nevertheless, Slack is already available for Linux (although still in beta), so Microsoft is playing catch-up here. If you were thinking about adopting Microsoft Teams or Slack at your company, and Linux was the deal-breaker, the decision just got harder.

Microsoft has shown a lot of love for Linux lately (open-sourcing .NET and taking it cross-platform to Mac and Linux, open-sourcing PowerShell and extending it to Linux, bringing Visual Studio Code to Linux as a Snap, and so on). An Office app on Linux is something else. The operating system has less than 2% desktop market share. Still, it’s much more popular among developers and business users. If Microsoft wants Teams to be the communication tool for everyone, Android, iOS, macOS, Windows, and the web isn’t enough.

Microsoft promises that Teams for Linux “will support all of Teams’ core capabilities.” If you’re a developer who built an app for Microsoft Teams, you’ll be happy to know that it will work in Slack for Linux as well. Microsoft did not respond to a couple questions in time for publication: what features the app does not support and whether we can expect other Office apps coming to Linux. Update at 1:15 p.m. Pacific: Microsoft declined to comment on plans for other apps coming to Linux. As for the other question, “there are a handful of features related to Office app functionality and screensharing/control in meetings that are not yet available in Linux,” a Microsoft spokesperson told VentureBeat. 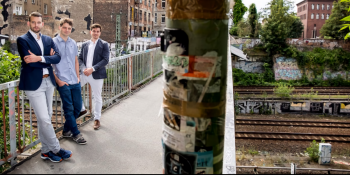