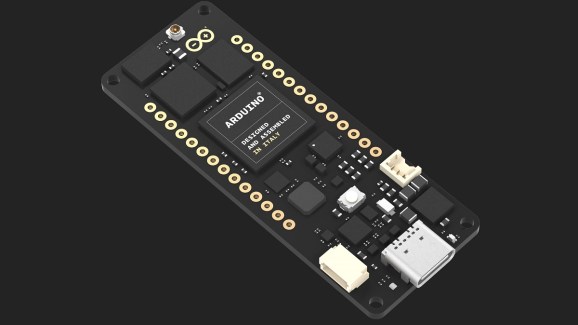 Arduino has unveiled a new low-code solution for product creators designing hardware for the internet of things (IoT). It also unveiled a new family of Portenta chips for a variety of hardware applications.

Arduino is the designer of an open source microcontroller, and now the company wants to simplify the creation of modular hardware to power everyday objects that are smart and connected. Its new tool lets people design, build, measure, and explore various prototypes in just one day.

This means companies can do all that work and iterate without expensive consultations or lengthy integration projects. Arduino made the announcements at CES 2020, the big tech trade show in Las Vegas this week.

Arduino has drawn on this experience in frictionless design to enable enterprises to quickly and securely connect remote sensors to business logic within one simple IoT application development platform.

Many small companies recognize the value of IoT but lack the specialized engineering resources or budget required for conventional IoT projects.

These businesses are increasingly using Arduino as a way to simplify and accelerate their IoT deployments. Arduino CEO Fabio Violante said in a statement that the combination of production-ready IoT hardware and secure, scalable, and easy-to-integrate cloud services will enable disruptive innovation.

The Portenta H7 module is capable of running Arduino code, Python, and JavaScript, making it accessible to an even broader audience of developers.

Charlene Marini, vice president of strategy for IoT services at Arm, said in a statement that the solution will help Arduino developers securely and easily develop IoT devices and take them from prototype to production quickly. General availability is scheduled for February 2020.