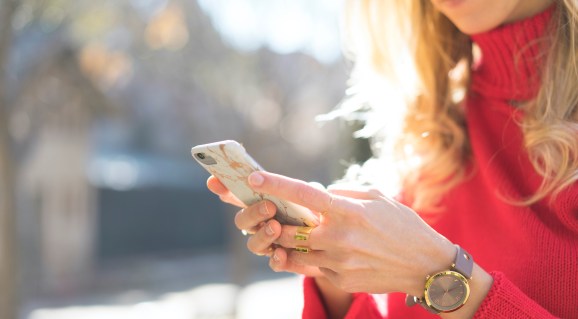 In 2015, an iPhone user wrote to Apple Support explaining that his email inbox was showing 4.3 million unread messages.

Now, as it happened, he didn’t really have 100 years’ worth of emails to catch up on. This was a software glitch.

But if he had 4,300 to delete — rather than 4.3 million — no one would have been surprised. Email inbox bloat is a fact of life for virtually all connected people.

It’s why the Q&A website Quora regularly hosts queries from readers about how to bulk-delete thousands of messages at a time.

Sinch’s own Mobile Customer Engagement 2020 survey reveals the true extent of the problem. We found nearly one in ten consumers has over 1,000 unread emails.

How did it come to this? There’s no mystery. Email has been around for decades, and most internet users have access to an email account. Messages are virtually free to send.

The near-zero cost — and the near-universal addressable audience — has helped email become a primary customer engagement channel for most western brands and businesses. Yet in emerging markets, which are becoming increasingly important to global brands, things are very different and email isn’t king.

In the west, email has also become a magnet to scammers and spammers. As a result, the average office worker receives 121 emails a day.

It’s hardly surprising that he or she uses a multiplicity of methods to filter, block, and ignore them. For example, Sinch’s research found that one in three consumers maintain a special email address for spam to filter out unwanted messages.

This is terrible news for brand managers. Could your carefully crafted, AB-tested message, be buried in one of these inboxes? Most likely.

The cost and near universal coverage has seen email become one of the primary customer engagement channels among western businesses.

Of course, many companies recognize the waning power of email. They have turned instead to mobile apps. After all, what could be better than installing your brand presence on millions of phones?

Apps are not the answer

The problem is that branded app download rates are falling. And those apps that are installed are rarely ‘sticky’. Studies show that 77% of users never use an app again 72 hours after installing it.

It’s a dilemma. Consumers have never been better connected. And they do value interactions with brands that are timely, useful, and relevant. Yet they deflect emails and ignore apps.

There seems to be a disconnect. A 2019 Harris Poll study asked U.S. marketers if they were confident they were delivering “excellent customer experiences.”

Nearly half said yes. Fewer than 25% of consumers agree.

Is there any hope?

Actually, there is. It comes from mobile messaging. Brands that text their customers can be confident their messages are getting through. People don’t filter them, as they do email. Sinch’s research found that just 4% of consumers have 50 or more unread messages.

Messaging — by invitation only

Yet there’s a flipside. People read their messages because, for the most part, the channel is uninfected by phishing and spam. They covet their inboxes. Our study found that 68% of people would be uncomfortable ‘sharing my phone number with an unfamiliar brand’.

They punish any company that abuses the privilege of being welcomed in. Thibaut Pajot, manager marketing automation EMEA at Adobe, told Sinch: “Mobile is a private channel — much more private than an email in your inbox. Adobe is very careful to ensure our customers don’t feel we are invading their space.”

However, the evidence suggests that for brands that do get it right, consumers are eager for interaction. Our research showed that around half of the consumers surveyed have messaged a business (using text, messaging apps, or a chat function on a company website).

Our study revealed that people want more engagement. This is an opportunity gap. For example, most consumers (70%) find notifications about possible fraudulent activity in their bank accounts ‘very useful.’ But only 35% currently receive them.

Similarly, 67% say getting a message about changes in travel reservations is useful, while just 40% get them.

To repeat, for businesses that do get their messaging right, the rewards are considerable. For example, when a coffee company ran an SMS campaign to ‘re-activate’ existing online customers, the promotion achieved a 637% return on investment.

These are extraordinary results, which demonstrate the power of genuinely personal communications. Indeed, today’s SMS campaign tools allow brands to hyper-personalize messages by connecting them to their CRM platforms.

But there’s a way to make such campaigns even more effective. How? By using ‘rich messaging platforms’ — such as RCS and WhatsApp Messenger — that add images, video, maps and more to a plain text session.

Here’s a glimpse of what’s possible. Direct Tire & Auto Service, a U.S.-based auto repair company, always sends its customers a notification when the vehicle is ready for pick-up. Thanks to rich messaging, it now pairs this message with a personalized video walk-through of the repairs made, narrated by the mechanic who completed them.

This is a win-win. However, adding images, carousels, and more to a chat session is just not about giving a better customer experience. It can also boost the bottom line.

For example, when a large insurance group used RCS to reconnect with its inactive customers, 18% of them replied — that’s double the response rate for a plain SMS-based campaign.

And when a gaming company ran a promotional offer using rich messaging, it generated $1.3 million in fresh sales.

The above examples indicate what lies ahead for progressive brands.

Today, consumers receive mostly passive, one-way notifications. It won’t stay this way. In 2020 we will see the start of a greater push toward two-way, rich-media messaging. There will be more conversations with bots. More conversational commerce. More video explainers.

It’s what the people want. But only from trusted enterprises. Brand leaders should take heed and begin drawing roadmaps now.