Imagination Technologies has been through a lot of change in the past few years. Founded in 1985, it became a real player in intellectual property designs for both processors and graphics chips.

But in 2017, Apple parted ways with Imagination, as far as licensing its mobile graphics chip designs. Imagination ended up in a legal battle with Apple and sold off its MIPS processor licensing business. In November 2017, the Canyon Bridge private equity firm acquired Imagination Technologies for $719 million and took it off the public markets.

But on January 2, Imagination unexpectedly announced that Apple had signed a new multi-year licensing agreement. It was vague, but it was reportedly so Apple could add real-time ray tracing graphics to its mobile devices. I spoke with the new leadership of Imagination at CES 2020, the big tech trade show in Las Vegas.

The interviewees included Ron Black, CEO of Imagination and CTO of its PowerVR graphics division; David Harold, vice president of marketing and communications at Imagination Technologies; and Ray Bingham, cofounder and partner at Canyon Bridge. We spoke about the trends in graphics, processors, and Imagination’s new RISC-V open source hardware strategy. 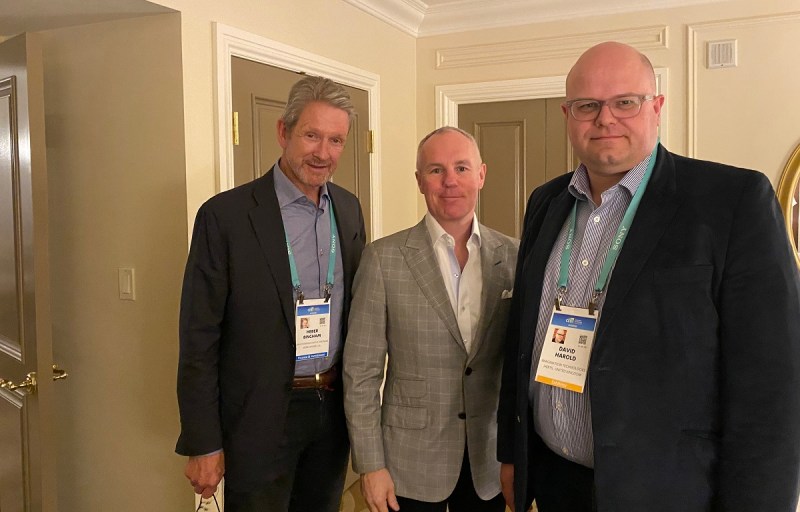 VentureBeat: I saw you had some good news, signing the deal with Apple. To what extent are you saying what it means?

Ron Black: We really can’t. It’s all confidential. But it’s that one line. It’s an expanded license, a wide range of IP, for multiple years. I’m sure you can speculate. Everyone is speculating. But we can’t say.

VentureBeat: How long has that relationship been going on? Since the beginning of the iPhone?

David Harold: They became a customer in 2006. The first product was 2007, January or February. It’s a long-term relationship. And despite how it might have seemed, they’ve never not been a customer.

VentureBeat: Where are you on your general road map right now?

Black: We just launched our A series, which are the highest-performing GPUs we’ve ever done.

Harold: It’s 2.5 times on general performance, but we have a really wide range of parts in there. This goes from 1 pixel per clock right up to 2 teraflops.

Black: Customer feedback has been fantastic. We’re meeting a lot of customers now. It transcends everything. It’s relevant to mobile. It’s relevant to automotive. Automotive is a burgeoning segment for us. It’s relevant to consumer. It’s going incredibly well. We also have a lot of interest in ray tracing. Earlier in the year — that had been put on hold a couple of years ago, but when I joined I restarted it, because I really believe in the technology. It’s photorealistic. It gives you those reflections. It’s so great.

Again, it’s in mobile. It’s in automotive. We’re finding really interesting applications across everything. We’re cautiously optimistic, both on the GPU and the ray tracing. Ray tracing is stand-alone architecturally, and then we’re also having it integrated into the GPU, as well. 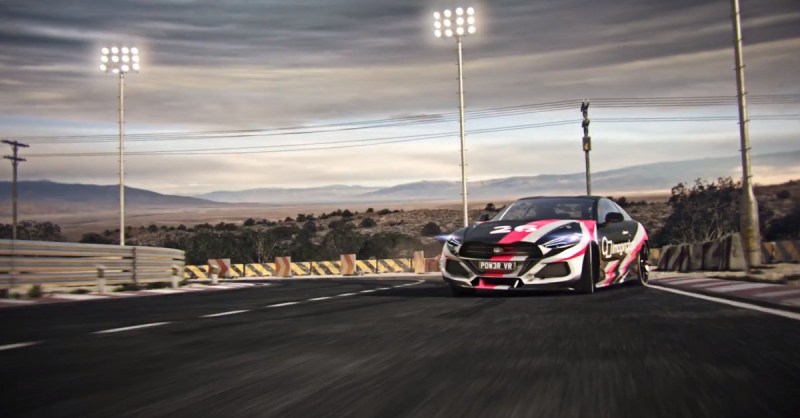 VentureBeat: I had a nice conversation with the Adshir people, how they’re trying to bring it down to the 2-watt space in smartphones. It was surprising, that it can be done.

Harold: We would see what they do as being somewhat complementary to what we do. They’re focused on a software solution. Clearly, they’re keen to find acceleration for that. It’s not to say we’ll work together, but there’s a good synergy. We’re quite friendly with them.

VentureBeat: Taking something in software and putting it into hardware —

Black: That’s the way it integrates, right? People adopt it. It’s easy to test because it’s software. But when you look at our solution versus theirs, ours is much better as far as power and performance. It gets people hooked and then it integrates. They’re a great lead for us.

Harold: There’s a continuum of product that will happen. In the more performance space you’ll definitely have hardware to do ray tracing, but you may want to run elements of that in software on other devices. There’s space for different approaches in the market.

VentureBeat: Some of the hard work is to get a lot of the software companies to make use of it, right?

Harold: Our big problem with ray tracing when we first did it was this chicken and egg situation. The hardware guys wanted to know where the software was coming from, and the software guys didn’t want to create software unless there was hardware. To be honest, we needed the competitors to come in and help solve that problem. But now you have Nvidia and AMD coming into the space.

It feels like where we were before we first came into mobile with 3D. There are people creating ray tracing content at the PC and console level. Now there’s something which can come down into other spaces. That’s a much better place. There’s API availability too.

VentureBeat: Does OpenGL expand itself to make this more standardized?

Harold: Our initial approach for ray tracing was actually that we gifted some extensions to the Khronos Group that could go onto OpenGL. Now, of course, they’re creating their own set of extensions, but to do basically the same things. That’s becoming a more cross-platform API approach. We have a history of supporting other APIs. Not necessarily speaking too soon, but we’re certainly able to look at supporting some of the other APIs if that becomes necessary. 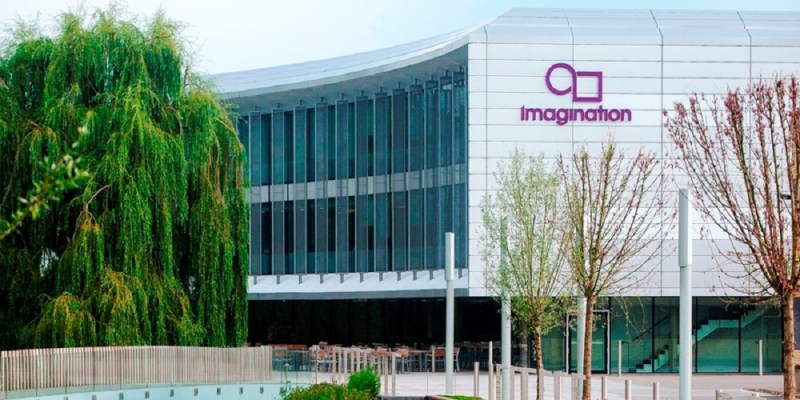 Above: Imagination Technologies is riding high after its Apple deal.

VentureBeat: On the CPU side, are you seeing similar things? What do you see that’s going to happen?

Harold: One thing we can talk about in that area is — historically, in our GPU, we’ve always had more general processing elements for firmware and so on. Originally, it was our own meta-technology. Then when we owned MIPS, we replaced that with MIPS. Now we’re in the process of replacing that with RISC-V for the latest GPU generation. We have good experience with RISC-V. We’re partners with a number of people.

Black: We see a lot of momentum. A tremendous number of customers are interested in it. There are challenges in the ecosystem, clearly. There’s always risk of fragmentation when you have open source, and there’s probably a space at the high end that is not sufficiently being filled. But I think it can be. You just have to have the right companies to do it. 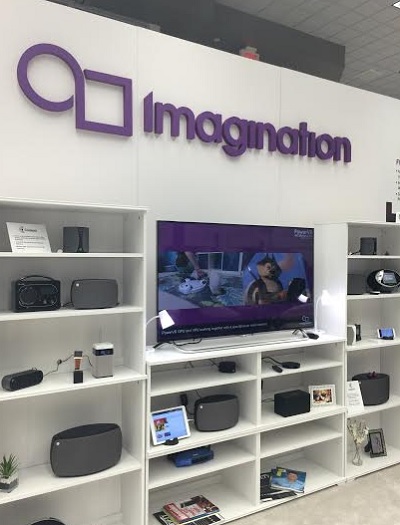 Above: Imagination’s CES booth from way back in 2015.

VentureBeat: It seems like it’s an alternative to Arm.

Black: It’s an increasingly believable true alternative to Arm. This is not just our opinion, but it’s what customers are telling us.

Harold: The main thing is about just getting people into a space where they can create microarchitectures that can compete. There’s an open ISA and that’s all great, but once you get to the implementation level, there’s a whole question about patents. Can you come up with a microarchitecture, in a world where Arm exists and MIPS exists and whatever else, that solves those requirements? That’s something one has to get over.

VentureBeat: It seems to address the challenge or problem of a geographically neutral technology. That never seemed important before.

Black: The RISC-V alliance is moving to Switzerland, to be more neutral.

VentureBeat: I went to their conference recently. Some of it was really eye-opening. People like David Patterson were there explaining why they did the things they did. The CEO of Infineon was having a conversation with Patterson, and he was very interested in the fact that they’re moving to Switzerland. Little tidbits like that were interesting. More people seem to appreciate things like tariffs as well. Arm and Huawei and the U.S. government right now are kind of —

Harold: It’s certainly an interesting time to be a British IP company. I imagine you know that Canyon Bridge, which owns us, invests Chinese money. We have this connection to China. We have this neutrality from being British. We were in China at the exact time that Arm announced that they had their hiatus on dealing with Huawei. I don’t think I spoke to anyone from Huawei, but everyone else in the industry we were talking to at our events there were just saying, “Where does this place us?” It changes the world. It’s an interesting picture.

Black: Being in England, technically, and a little bit in Wales, our fights are more with the Scottish and the French than they would be with the Americans or the Chinese.

VentureBeat: I’ve read in some science fiction stories, one called Nexus in particular, about a world where there are two systems, the American one and the Chinese one.

Harold: Or maybe there will be three, because Russia-China set this vision of creating semiconductors internally. Initially to address their import imbalance, right? But now actually for reasons of national economic continuity. Russia looked at that model and said, “Oh, okay, that is a good idea. Why are we constantly struggling to bring things in from the U.S., for example, when we could be creating things ourselves?”

VentureBeat: Like how Russian software has to be preloaded on a PC now.

Black: What do you think about the cybersecurity side of things? The emerging theme I’m finding interesting is secure heterogeneous computing. CPUs, GPUs, neural networks, being able to have this software that appropriately schedules that, but also secure processing, given all the security issues that we’re finding. 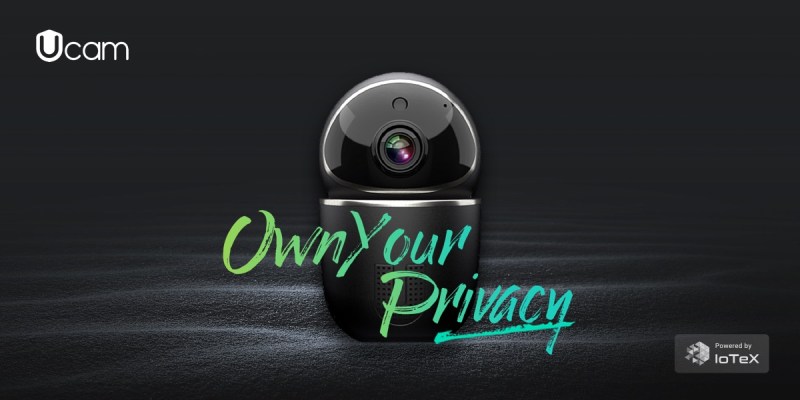 Above: IoTex’s Ucam is an encrypted, blockchain-based security camera.

VentureBeat: I saw, at CES Unveiled, this company called IoTeX, which is doing blockchain and encrypted security cameras. They said they’re setting up an open infrastructure to hang a lot of things on that will be encrypted, because the internet of things has become the internet of hackable things. They’re a Menlo Park company, Silicon Valley, that started looking at privacy a couple of years ago. Nobody at the time thought they were doing the right thing, that this would matter, but two years later everyone recognizes that.

Harold: It’s a huge thing. We just made, in the back half of last year, a senior appointment to focus on security strategy for us. Every customer wants to talk about it. We’ve had security offerings in various ways for years, but suddenly it has to be built in.

VentureBeat: There were already people questioning whether a security camera really needed the blockchain part, and whether it was encrypted enough. But at least it was there. It’s always seemed like encryption was too expensive to add to an IoT device in the past.

Black: There was just an announcement where the security cameras at — I can’t remember which firm made them. But you turned it on and you’d get someone else’s pictures.

VentureBeat: There’s a video game all about this, called Watch Dogs. Science fiction and video games are always pointing the way, before the industry catches up.