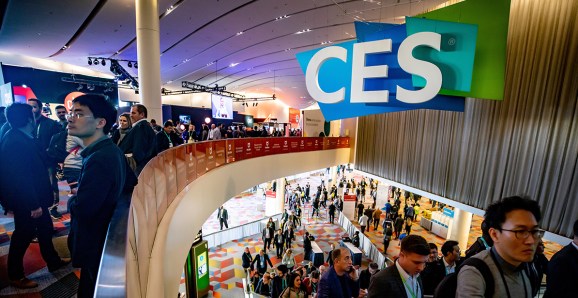 Connected things are no longer the exception. They’re the rule. Nowhere was this clearer to me than at CES this year, where virtually every thing on the floor — every robot, wearable, screen, vehicle, appliance, furnishing — was either somehow connected to the internet or at least was on track to be someday.

In fact, IoT has become such a commonplace term that some at CES felt it was already time for a rebranding, from the Internet of Things to the Intelligence of Things. Referring to the integration of artificial intelligence (AI) in every conceivable thing actually makes a lot of sense to me. Still, we might already be hearing a third option for the “I” in IoT in the next 5-10 years — especially as the emergence of 5G enables ultra-demanding applications such as autonomous vehicle navigation and telemedicine at speeds promised to be tens of times faster than the 4G we have today. The “Immediacy of Things” could be the talk of CES 2025.

While the point of CES is to speculate about the future, all of this discussion is for naught if we don’t address one very big “I” issue our industry is facing today: inefficiency. We need to remedy this issue quickly if we expect connected devices to work seamlessly when they all leave the CES show floor en masse.

Today, around one-third of IoT projects fail in the proof-of-concept stage, according to Microsoft’s “IoT Signals” report. In this survey, 23% of business, IT, and development decision-makers cited “too many platforms to test” as a reason for failure. Other reasons were the high cost of scaling (32%) and pilots demonstrating unclear business value/ROI (28%).

In my experience, a big reason these projects tend to stall in proof of concept “purgatory” is that they are built on proprietary platforms to support a single application. To truly scale, organizations need platforms founded on standards and interoperability to support all the IoT apps the organization will build and integrate within the foreseeable future.

The app economy is clearly providing inspiration to product manufacturers

In the same way that a ride-hailing company might knit together GPS, reservations, billing payments, ratings, and security services for a consumer smartphone app, we are now seeing manufacturers knitting together sensors, diagnostics, preventive maintenance services, and dashboards etc., confident that everything will interoperate in the emerging smart factory environment.

In the near future, manufacturers will operate much like consumers, downloading actual apps for smart factories, health care, workers, offices, stores, fleets, and more. Businesses will run these apps on easy, interoperable, scalable platforms — the same way we drop the Instagram app into our iPhones, only with enterprise-scale power. These platforms will also offer standard methods for authentication, software updates, provisioning, notification, reporting, and data management.

This is exactly the direction we’re headed at Avnet with our new IoT Partner Program and Marketplace built on our enterprise-level IoTConnect platform.

Word on the street

From what I saw at CES 2020, we are embarking on a major transformation. The Internet of Things is becoming intelligent, immediate, and interoperable. We are creating a world where everything that should be connected to the internet is connected without a protracted layover in limbo.

Like the smartphone app economy, the Internet of Things is simply becoming part of life and business as we know it: more exciting, productive, and enjoyable than ever.

Bill Amelio is CEO of Avnet.