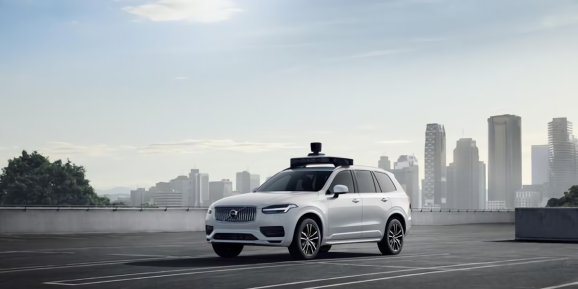 Following hot on the heels of rival Waymo, Uber announced that it’s bringing self-driving cars to a new city: Washington D.C. In a Medium post today, Uber’s Advanced Technologies Group (ATG) — the skunkworks group responsible for autonomous vehicles research — said that it will deploy a fleet of three cars in the nation’s capital starting on January 24.

The cars in question won’t drive autonomously — at least not until later this year. They’ll instead operate with a driver behind the wheel, mining roads for data to form the basis of high-definition maps. Also, they’ll capture scenarios that might be difficult to simulate and incorporate into on-track testing as they help to identify characteristics that can be adapted to Uber’s autonomy platform.

Washington D.C. will become the fourth city after San Francisco, Dallas, and Toronto in which Uber is gathering map data, where it’ll join Argo (which has been testing vehicles in D.C. since 2018) and Optimus Ride.

“Our hope is that this first round of manually driven data collection will lay the foundation for testing our vehicles in self-driving mode in Washington, DC. While we are excited about the possibilities, we remain committed to ensuring that every mile we drive on public roads contributes safe and meaningful learnings to inform our development work,” Danielle Burr, Uber’s head of federal affairs, wrote. “When we think about safety, it goes beyond solely passengers. We care about keeping everyone on the road safe — whether you’re in one of our self-driving cars or crossing the street in front of one. That’s why we believe in working closely with local stakeholders and city officials and engaging with the Washington, D.C. community every step of the way.”

In an S-1 filing ahead of its initial public offering, Uber noted that ATG has grown from a team of 40 Pittsburgh-based researchers in 2015 to a 1,000-person workforce spread across offices in San Francisco and elsewhere. Furthermore, it said that it’s collected data from “millions” of autonomous vehicle testing miles to date and completed “tens of thousands” of passenger trips to date.

Looking ahead, Uber expects that cars like those it’s currently testing will replace drivers in some situations, but not right away. Instead, it’s predicting a “long period of hybrid autonomy” in which autonomous vehicles are deployed “gradually” against specific use cases — for instance, in scenarios involving substantial traffic, complex routes, or unusual weather or during “high-demand events” such as concerts or sporting events.

Uber has a mixed track record when it comes to self-driving car research, to put it mildly. It restarted tests of its driverless cars in Pittsburgh last December — eight months after one of its prototype Volvo SUVs struck and killed a pedestrian in Tempe, Arizona — after which it also began manual tests in San Francisco and Toronto. The National Transportation Safety Board later determined that Uber had disabled the automatic emergency braking system in the Volvo XC90 involved in the fatal crash. (The company said in internal documents that this was to “reduce the potential for erratic vehicle behavior.”)

In a blog post published in June 2018, head of Uber’s ATG Eric Meyhofer detailed newly implemented safeguards, such as a training program focused on safe manual driving and monitoring systems that alert remote monitors if drivers take their eyes off the road. And in a voluntary safety assessment filed with the National Highway Traffic Safety Administration, Uber said that with its newly established systems engineering testing team, it’s now better positioned “to reason over many possible outcomes to ultimately come to a safe response.”

More recently, Uber formed a self-driving safety and responsibility advisory (SARA) board charged with reviewing, advising, and suggesting changes to ATG’s policies. It’s made up of six members who will provide input on organization-wide goals and priorities, and who will suggest improvements to the way Uber ATG develops driverless technology and brings it to market as it spotlights potential risks and recommends follow-up actions.

Uber’s public relations battle hasn’t lessened in intensity, though. In a recent study conducted by U.K. firm Leasing Options, only 6% of the 1,000 people surveyed indicated that they trusted a taxi company such as Uber or Lyft to produce a self-driving car. That’s compared with the 62.6% who said they’d trust an automaker over a tech company.