Lynq Technologies, a company that creates tiny trackers that leverage long-range radio waves and GPS to help people find each other, has raised $6 million in a seed round of funding from Sony’s Innovation Fund, Plus Eight Equity Partners, Chetrit Ventures, and Ff Venture Capital.

Founded out of New York in 2014, Lynq uses a decentralized peer-to-peer (P2P) network to help people in remote or otherwise “off-grid” locations to keep tabs on each other’s location. This could be useful on ski resorts, for example, either as a safety device in the event of an avalanche or to follow colleagues when going off-piste. Back in 2017, Lynq also trialed its technology with the U.S. Pacific Command, which said that it helped locate wounded or unconscious soldiers. Lynq said that it has since been used by the U.S. Army and Air Force too.

In reality, the Lynq tracker could be used by just about anyone, from families wanting to track their kids at music festivals to school trips into the great outdoors. Lynq pitches the tracker as a “people compass” that helps groups of people stay together where there are no phones or connectivity, revealing the distance and direction to each person in the Lynq network.

“We believe that this peer-to-peer network technology is critical to provide robust, long-range, secure communications in a world where infrastructure might be challenged or not available,” noted Ff Venture Capital partner John Frankel, who now joins Lynq’s board of directors.

Prior to now, Lynq raised around $2 million in another seed round of funding back in 2017, as well as around $1.7 million in crowdfunding a year later, which served as a platform for opening up presales of its consumer product — the company finally launched its product to the public just a few weeks back.

With another $6 million in the bank, Lynq said that it plans to grow its team and expand the focus of its technology — this will include integrating its proprietary network infrastructure into third-party devices.

“In the year ahead, we’ll be focused on increasing the size of our team and further developing scalable opportunities around our core technology,” noted Lynq founder and CEO Dave Shor. 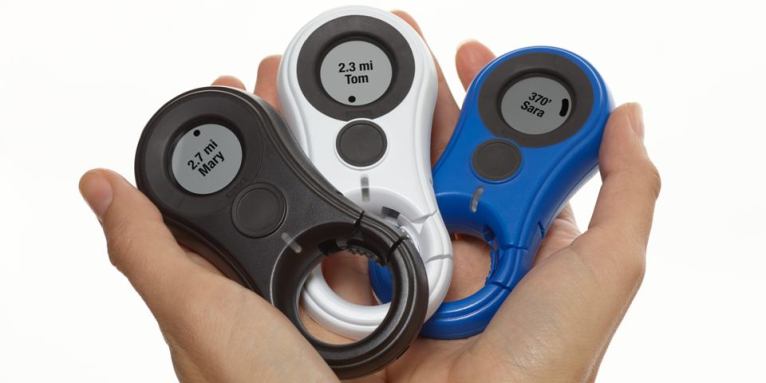 Above: Lynqs come in different colors

There are other similar-ish tracking devices out there already, but they are a typically either short-range or require pairing with a smartphone, such as GoTele. Lynqs are entirely self-sufficient and claim a range of several miles — they can also be used continuously for 24 hours on a single charge, or up to three days “with mixed use,” according to the company.

While there is no tangible upper limit in terms of how many Lynq devices can be connected to a single network, it’s worth stressing here that they don’t work like a mesh network — you can’t connect multiple Lynqs to extend the range by tens or hundreds of miles. It’s also worth noting that you have to pair each Lynq in a specific network in advance, meaning that if there are other people outside your network also using Lynq in the vicinity, they won’t be visible to you through your device.