OneWeb, the heavily funded startup that’s setting out to create a constellation of micro satellites to deliver broadband from space, is finally gearing up for the first in a series of regular monthly launches throughout 2020 and beyond.

The London-based company, which was founded in 2012, is one of a number of organizations battling to commercialize low Earth orbit (LEO) through delivering fiber-like high-speed internet from more than 600 satellites. While the infrastructure helps telecom and internet companies extend their coverage to areas that are otherwise hard to reach, it also ensures always-on coverage during natural disasters and will enable new technologies that are coming to the fore.

OneWeb launched 6 micro-satellites last February as it sought “first mover advantage,” with that initial foray laying the foundations for its first proper launches, which were originally scheduled for December. The self-imposed deadline later slipped to mid-to-late-January, but now the company has confirmed the big day for early February. 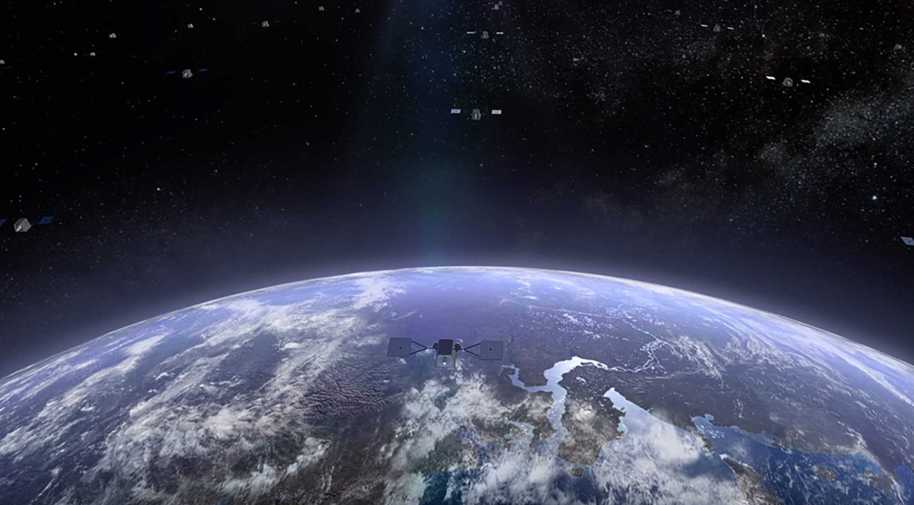 At 21:42 (GMT) on February 6, OneWeb will launch 34 satellites into orbit from Baikonur Cosmodrome in Kazakhstan, ushering in what it calls one of the “largest civilian satellite launch campaigns in history.” All the satellites are manufactured by OneWeb Satellites, a joint venture between OneWeb and Airbus Defence and Space, and plans are in place to push 648 satellites into space by 2021. This number could increase significantly, though, if an application to the U.S. Federal Communications Commission (FCC) proves fruitful.

OneWeb has already given a glimpse into the kinds of services its infrastructure will enable. Back in September, it revealed that its first commercial service will be aimed at the Arctic region. When it becomes operational, OneWeb promises 375Gbps of capacity for all areas lying above the 60th parallel north, a circle of latitude 60 degrees north of the Equator that spans North America, Europe, and Asia.

Building this infrastructure is a costly endeavor, which is why OneWeb has raised north of $3 billion over the past seven years from big-name entities including SoftBank, Qualcomm, Grupo Salinas, and the Rwandan government.

Elon Musk’s SpaceX is also operating in this realm, and just yesterday it launched its fourth tranche of rockets into orbit following its initial batch last May, and now claims some 240 Starlink satellites in space. Elsewhere, Amazon too is planning a network of low-orbit satellites, though it hasn’t yet announced a timescale, and Apple is reportedly in the early stages of a similar program.

OneWeb said that it’s planning its first demos by the end of 2020, with full commercial services expected to commence globally in 2021.