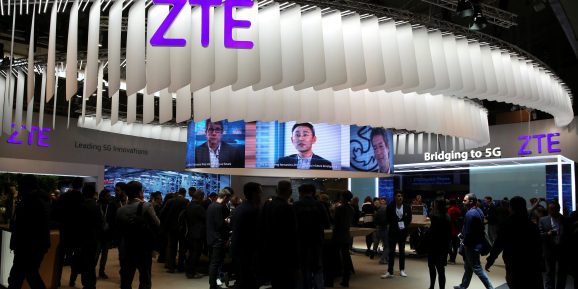 Ahead of this month’s MWC 2020 in Barcelona, Spain, the largest annual gathering of wireless device makers and carriers, event organizer GSMA today said that despite seeing “minimal impact” from the Wuhan coronavirus, it’s implementing additional measures to mitigate health-related risks. But one of China’s leading smartphone vendors, ZTE, today canceled its MWC press conference, apparently due to travel issues related to the virus.

According to GSMA, MWC is adding several measures to its prior cleaning, disinfection, and hygiene efforts, including suggesting a “no-handshake policy” to attendees, switching microphones between event speakers, and reminding attendees of hygiene recommendations. It’s also suggesting that attendees guarantee access to masks, arrive early in Spain to “allow time for self-quarantine,” and follow both WHO advice and whatever travel restrictions may be in place.

Last month, ZTE said that it was planning a MWC 2020 press conference on the morning of February 25, where it would “launch and demonstrate a series of diversified 5G terminal devices and leading 5G innovative technologies” at the event, “aiming to meet the diverse requirements of consumers and customers for 5G applicable scenarios.” Beyond touting its 5G network hardware, which has been used by Chinese authorities to diagnose the coronavirus, ZTE was expected to showcase the Axon 10s Pro, a 5G-exclusive flagship that sports Qualcomm’s Snapdragon 865 processor and Snapdragon X55 5G modem, as well as a new 5G home broadband device and a Blade series phone.

So far, ZTE only appears to have canceled its press conference, rather than its wider participation in the show. The company is set to have a booth at MWC, as well as sponsoring the 5G Summit 2020, a multi-hour event that’s currently scheduled for February 24. That said, ZTE abruptly canceled its appearance at MWC Shanghai in June 2018 due to business-threatening problems with the U.S. government, though the issues were at least partially resolved shortly before the event began.

VentureBeat has requested comment from other companies that have announced plans to exhibit at MWC, and will update this story if there are any major developments. The GSMA indicates that it’s continuing to monitor and assess the coronavirus’ impact, but the event is expected to “proceed as planned” later this month.

Updated at 2:23 p.m. Pacific: LG Electronics has withdrawn from MWC, citing coronavirus health concerns. In a statement emailed to journalists, the company said:

“With the safety of its employees and general public foremost in mind, LG has decided to withdraw from exhibiting and participating in MWC 2020 later this month in Barcelona, Spain. This decision will prevent needlessly exposing hundreds of LG employees to international travel, which most health experts have advised.”

The announcement makes LG the first major company to withdraw completely from the event, as ZTE signaled only that it was dropping its plans for a MWC press conference. We’ll update this article with additional details if they come in.