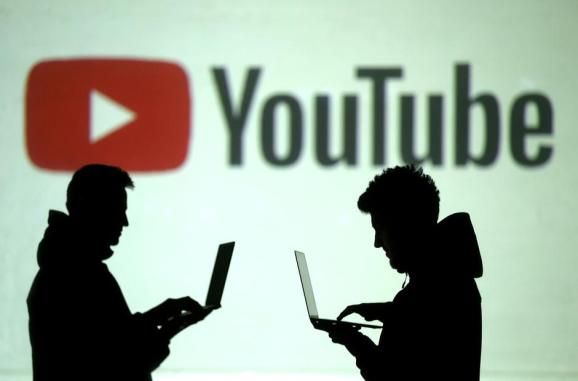 Silhouettes of mobile device users are seen next to a screen projection of the Youtube logo.

Alphabet reported its Q4 2019 financials yesterday, and the figures revealed the company’s worst fourth-quarter revenue growth in four years. But arguably the biggest highlight of the event was YouTube, as Google finally revealed its video-streaming subsidiary’s true value.

YouTube garnered just north of $15 billion in ad revenue alone in 2019. This represents an increase of roughly 35% year on year (YoY), though the figure does fall at the lower end of previous estimates that placed the number at anything up to $25 billion. YouTube also earned other non-advertising revenue, including from subscriptions, which reports have pegged at around $750 million.

Google acquired YouTube way back in 2006, but until yesterday the internet giant had never broken out any specifics. The main reason was because, well, it didn’t have to. But since Google CEO Sundar Pichai ascended to the role of Alphabet CEO back in December, Alphabet now has to comply with Securities and Exchange Commission (SEC) regulations that stipulate investors must be able to see the same segment data as the company’s CEO. Previous Alphabet CEO Larry Page apparently had no such access, but Pichai, by Alphabet’s own admission, did.

As lawmakers, politicians, and governments around the world ponder how to curtail the power wielded by big tech companies, one potential solution has been to break them up by effectively “unwinding” acquisitions. There’s nothing to suggest that YouTube will be going it alone anytime soon, but we now know that it is worth around 10% of Alphabet’s entire business in terms of direct income. So how would YouTube compare to other tech and media players if it did break off?

For context, in 2019 Netflix earned around $20 billion in revenue, and at the time of writing it has a market capitalization of $157 billion. Disney last year claimed $69 billion in revenue, $36 billion of which was from its media networks (i.e. TV) and studio entertainment segments (i.e. movies, direct-to-video content, stage plays, and music recordings) — with a market cap of around $255 billion. Elsewhere, media conglomerate ViacomCBS, the result of a recent merger between Viacom and CBS, secured around $12 billion in revenue last year, and as of today has a valuation of $20 billion. And broadcasting giant Comcast reported revenues of $108 billion, with a current market cap of $194 billion.

It’s difficult to extrapolate a true value for YouTube from its revenues alone, but it’s fair to say it would be pretty big. Needham analyst Laura Martin last year estimated that YouTube could be a $300 billion company in its own right, and she suggested Alphabet should spin it out. Separately, Morgan Stanley pegged YouTube’s value at around $160 billion back in 2018. Taking a median figure, and using YouTube’s YoY revenue growth metric as a gauge for its appeal to potential investors, we might reasonably estimate that YouTube could be a $200 billion-plus company in its own right.

While its ad revenue may not have been as significant as some predicted, YouTube is still a massive deal for Alphabet and Google — it claims 2 billion logged-in users, or roughly a third of the internet. And more than two-thirds of its total watch time happens on mobile devices, which illustrates its pervasiveness — YouTube goes with people on their way to school and work, and even on vacation. But a glimpse into YouTube’s actual value within Google’s broader business still provides a clearer indication of where YouTube would sit as a standalone business: It would be bigger than Viacom, and in a similar ball park to Netflix. But given a chance to shine on its own, it could conceivably be up there with the likes of Disney and Comcast.