(Reuters) — Intel is investing heavily in “smart buildings” in Israel that will be full of perks to keep employees happy, helping the U.S. chipmaker compete for the country’s top professionals.

Intel, one of the biggest employers and exporters in Israel, said in 2019 it would invest $11 billion to build a manufacturing facility in the country, where some of its most advanced technologies have been hatched.

Home to more startups per capita than any other nation thanks to its advanced military and government support, Israel is suffering from a shortage of talent. While multinationals like Intel, Apple, and Google have snapped up local startups and set up research centers, competition is making it tough to find skilled workers.

Tech companies in Israel were unable to fill about 17,000 positions in 2018, according to Start-Up National Central, a nonprofit research organization, and that figure continues to climb.

To address this gap and lure talent, Intel has upped the ante at its new development center in the Tel Aviv suburb of Petah Tikva. Replete with environmentally friendly systems, a smart gym, and a massage parlor, the structure also has 14,000 sensors that monitor motion, light, and air to make sure workers are comfortable. 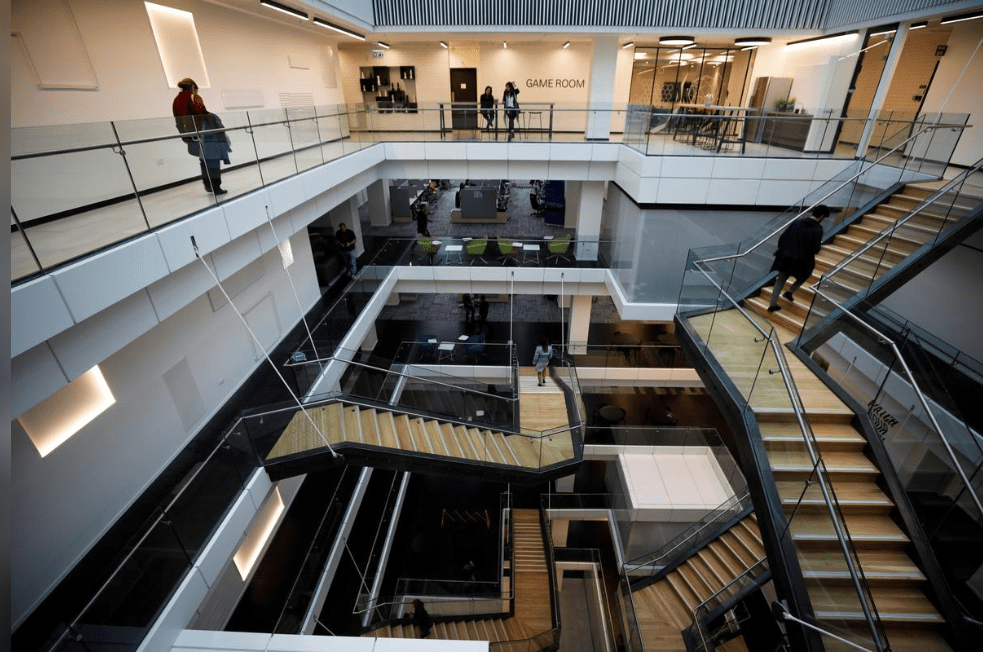 If these efforts give Intel an edge in hiring, rival companies are expected to follow suit.

“Anything you offer as a perk, whether it’s a gym membership or a paperless work environment or additional days for maternity leave or a go-green policy, all of these things are going to help you,” said David Gantshar, CEO of California-based Shepherd Search Group.

Intel’s box-shaped, 10-story building is covered in glass and will accommodate up to 2,700 of its local 13,000 workforce. 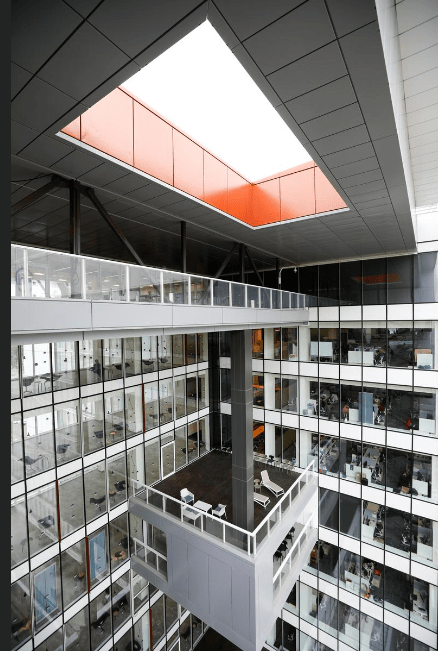 The company declined to comment on how much it spent on the development center. Israeli media reported a cost of 650 million shekels ($188 million).

David Hareli, deputy CEO of Afcon Holdings, which constructed the building, said it was a challenge to finish the project within Intel’s three-year timetable. Though it was originally designed to be seven stories, Intel asked to add three floors. Once the contract was signed, Intel asked for LEED Platinum certification, the highest standard of green construction, rather than the lesser gold level.

This required a double-skin facade to improve ventilation and prevent the building from heating up under the strong Middle Eastern sun.

Architect Dagan Mochli, who designed the building, said he was working on a new development center for Intel in the northern city of Haifa that will also be smart and LEED Platinum.

He called Intel’s building a “breakthrough,” with demand for similar structures growing among clients. He is planning a smart 15,000-square-meter banking campus in Israel, as well as a 240,000-square-meter smart biotech park in China.

The building has an open-space format. An atrium in the center is roofed by skylights and caps the five top floors. Health-conscious employees often use the internal stairs in the atrium instead of the elevator.

For those seeking seclusion, there are small soundproof rooms and noise-insulated armchairs near the windows.

The 14,000 sensors — twice the number found in similar buildings, according to company officials — detect when someone enters a room and adjust the lighting and air conditioning. For example, when carbon dioxide levels rise, fresh air is introduced to keep people energetic.The sensors and corresponding app can also help employees find the best way to travel to and from work and let them know which of the building’s three restaurants has room during lunch. The app lets workers inform other staff of their whereabouts.

Not everybody was excited about the new workspace. Some employees anonymously complained on an Israeli news website about a lack of privacy. Intel Israel CEO Yaniv Garty said the tracking and collection of data is on an opt-in basis.

“We don’t ask people to clock in or clock out. We believe in a relationship which is based on output,” Garty said.

Ido Melamed, a hardware engineer who has worked at Intel for 16 years, moved to the new building from an office with cubicles. He said the benefits outweigh the disadvantages.

“We see each other, we can talk more openly and collaborate more effectively,” Melamed said. “There is real trust between the company and employees that the data (collected) is used for the right purposes.”