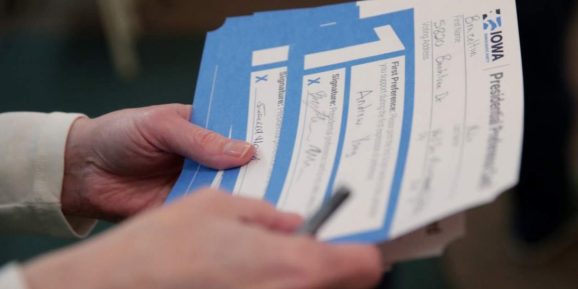 Shadow executives have a tweeted an apology for their vote-counting app misfire, which delayed the results of the Democratic Party’s Iowa caucus. But the company also tried to insist that the app worked mostly as expected and quash conspiracy theories about its origins.

The Twitter thread came one day after the results of the vote were called into question because party officials noted some discrepancies. The Democratic Party began reporting partial results late Tuesday afternoon as it reconciled paper tallies with digital ones.

Still, Shadow remained remained under intense scrutiny. Before Monday’s vote, the company was little known, though the people behind the app were former Obama and Clinton campaign staffers seeking to close the massive data gap progressives faced after Donald Trump’s 2016 victory.

We sincerely regret the delay in the reporting of the results of last night’s Iowa caucuses and the uncertainty it has caused to the candidates, their campaigns, and Democratic caucus-goers.

It went on to say that things mostly worked as planned, except for the things that didn’t:

Importantly, this issue did not affect the underlying caucus results data. We worked as quickly as possible overnight to resolve this issue, and the IDP has worked diligently to verify results.

Shadow also insisted it was independent of Acronym, a nonprofit consulting firm that said it had acquired the company behind the app in January 2019. Since Monday, Acronym has insisted it was merely an investor, with Shadow now echoing that position:

We will apply the lessons learned in the future, and have already corrected the underlying technology issue. We take these issues very seriously, and are committed to improving and evolving to support the Democratic Party’s goal of modernizing its election processes.

Shadow may learn valuable lessons, but its reputation has taken a massive hit. The Nevada Democratic Party has decided not to use the app for its caucus later this month, despite having already paid Shadow $58,000, according to CNN.

And the Democratic Party, which had been hoping such tools would help it appear more digitally proficient, is instead being ridiculed by President Trump and conservatives for bungling the vote count.

The confusion also sowed division among Democrats, particularly after Pete Buttigieg claimed victory before vote tallies were released and #MayorCheat began trending on Twitter. Because Buttigieg’s was one of the campaigns that also paid to license the app, which many incorrectly interpreted as an investment in the company, conspiracy theories painted his campaign as having had a hand in the mess.

With 71% of the results reported, Buttigieg had a slight edge over Senator Bernie Sanders, with Senator Elizabeth Warren in third place and former Vice President Joe Biden in fourth.